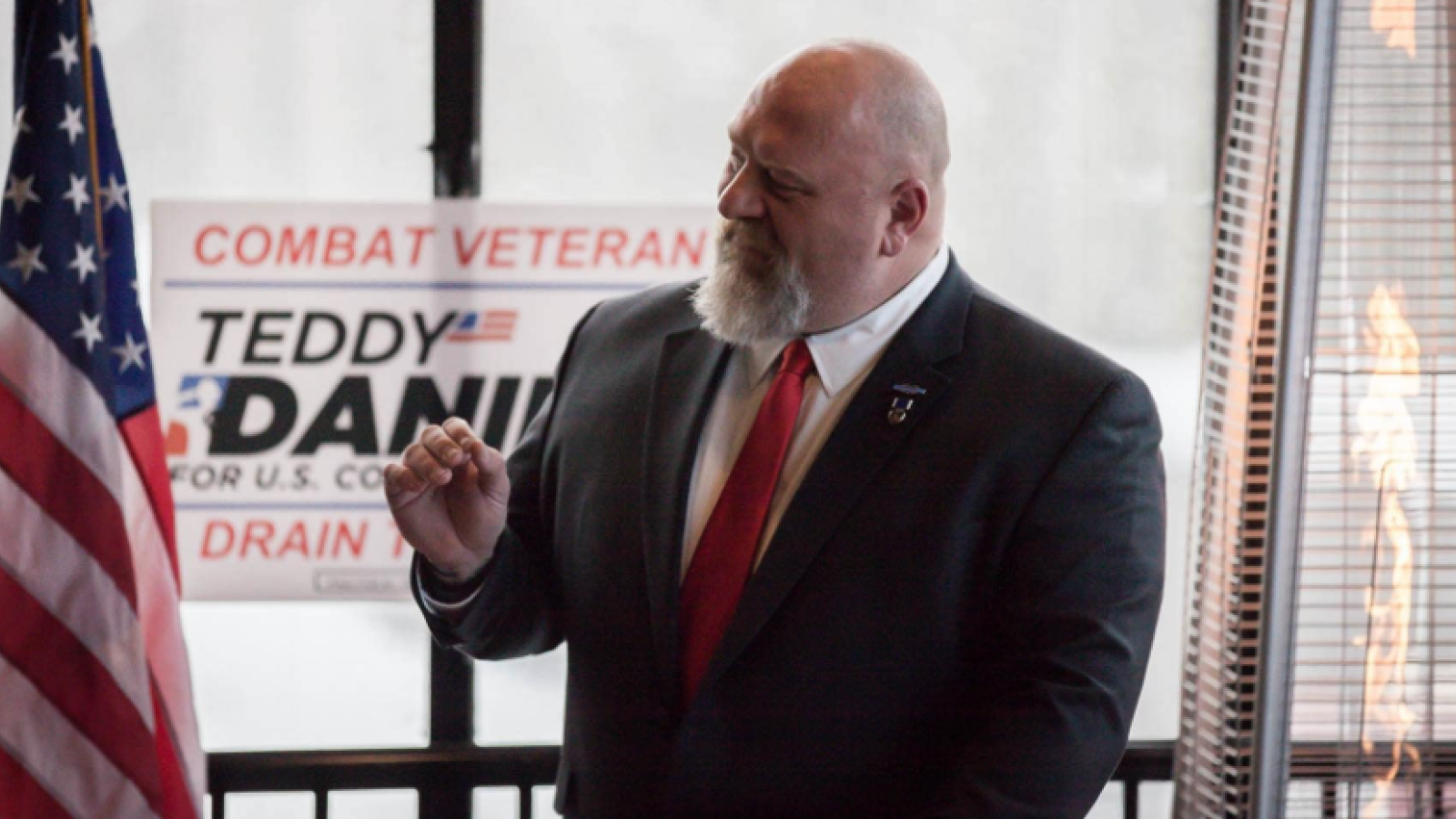 A Republican candidate aiming to represent President Biden's hometown in Congress has been reinstated to Facebook following a "hate speech" lockout this week.

Purple Heart recipient Teddy Daniels, who is running to represent Scranton, Pa., wrote Nov. 9: "The power of evil men lives on the cowardice of the good." One of his Facebook administrators Wednesday posted the Facebook warning the page received that morning.

The social media platform said Daniels' post was hidden from public view because it violated Facebook's community standards on hate speech and was not "respectful."

The result is Daniels cannot post to the page, the administrator said. The suspension apparently delayed a gun raffle planned for Wednesday.

The candidate noted the lockout on Twitter. "It just goes to show they are truly afraid of a good man who stands up," he wrote.

Daniels announced his return Thursday but his "cowardice" post is still inaccessible. "All I did was disagree with their decision," he told Just the News in a Facebook message Saturday. "It was an 18 hour ban. If this is not election interference by social media platforms, I don’t know what is."

According to his biography, Daniels was an all-state football player, police officer and Army infantryman wounded in a Taliban firefight.