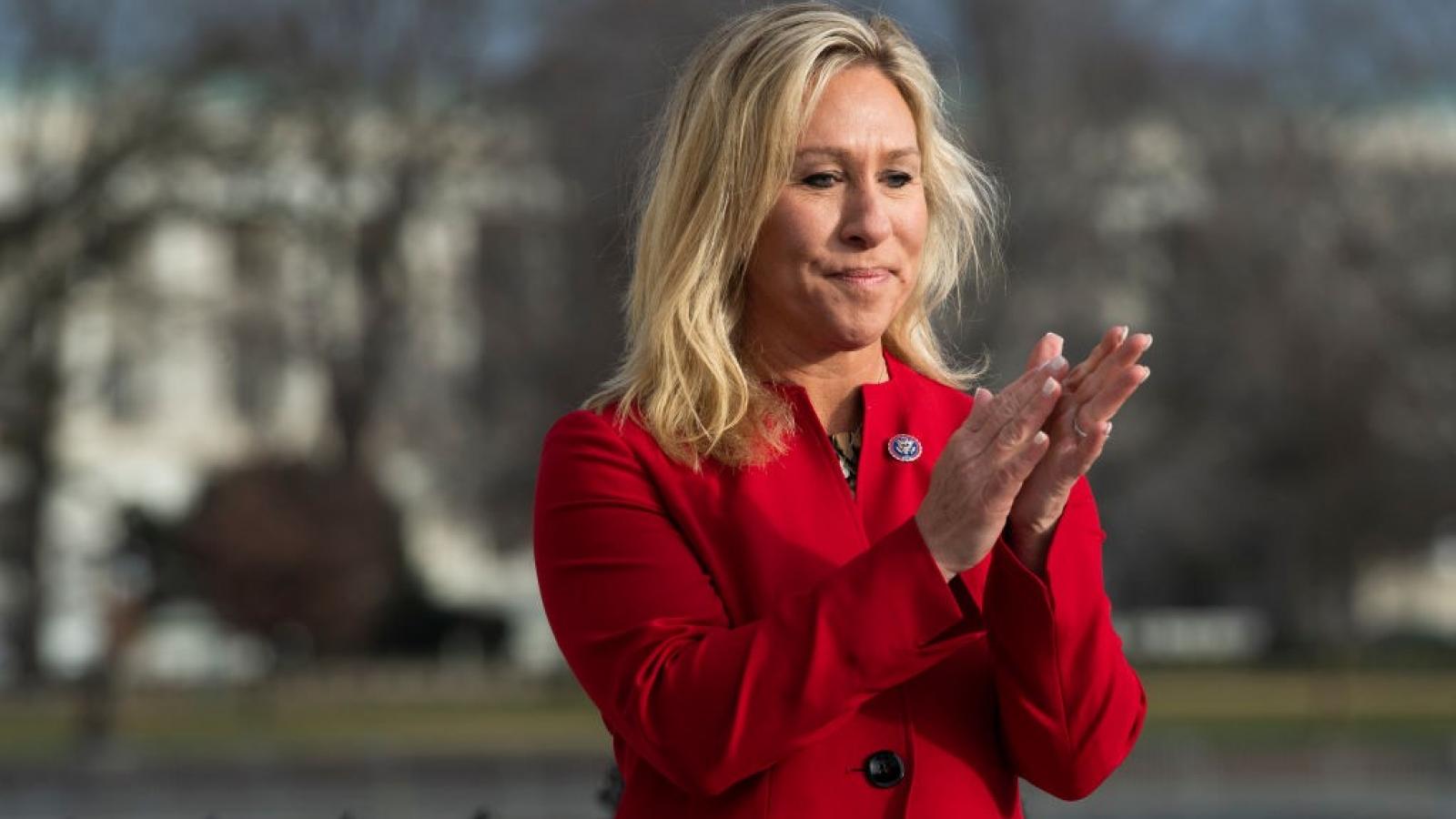 Facebook told Greene her post about COVID-19 "goes against our standards on misinformation that could cause physical harm."

Greene responded: "I’m an elected Member of Congress representing over 700,000 US tax paying citizens and I represent their voices, values, defend their freedoms, and protect the Constitution."

She specifically stated that she thinks the social media giants are censoring her for bringing attention to reported deaths from the Centers for Disease Control and Prevention's Vaccine Adverse Effect Reporting System.

"Who appointed Twitter and Facebook to be the authorities of information and misinformation?" she rhetorically asked. "When Big Tech decides what political speech of elected Members is accepted and what’s not then they are working against our government and against the interest of our people."

A spokesperson for Facebook's parent company Meta told CNN a post from Greene "violated our policies and we have removed it; but removing her account for this violation is beyond the scope of our policies."

The post causing the suspension was apparently the same New Year's Day thread that got her banned from Twitter. She also wrote it on Telegram:

After 2020, we crossed into a new time dating method.

Before Covid. After Covid.

We are moving into the third year AC.

The congresswoman then compared what she sees as "Before Covid and "After Covid" events. One example she wrote is: "Before Covid, If a vaccine worked, it protected the vaccinated people from virus/disease.  Only 1-2 shots were needed and boosters weren’t needed until years later. After Covid, Covid Vaccinated people still get covid & some die, even 2 shots & 1-2 boosters are not enough."

"Twitter forgot about the 2 times they accidentally suspended my account this past year," Greene wrote on Telegram Monday. "That means I’ve only had 3 strikes in their 5 strike system. Twitter has to reinstate my account immediately."

The issue of vaccines has been hotly debated. Federal and state health officials state that COVID-19 vaccines and boosters can prevent most people from developing serious cases. Medical experts acknowledge that while vaccine protection does wane over time, an unvaccinated person is significantly more likely to test positive for COVID and die from the virus.

Federal officials also acknowledge that the COVID-19 vaccines have generated an unusual number of reported adverse reactions, including some heart inflammation and suspected deaths. Medical professionals say serious vaccine reactions are rare overall and in most cases, the vaccine's protection outweighs the risks. Individuals who are concerned should ask their primary care provider for guidance.