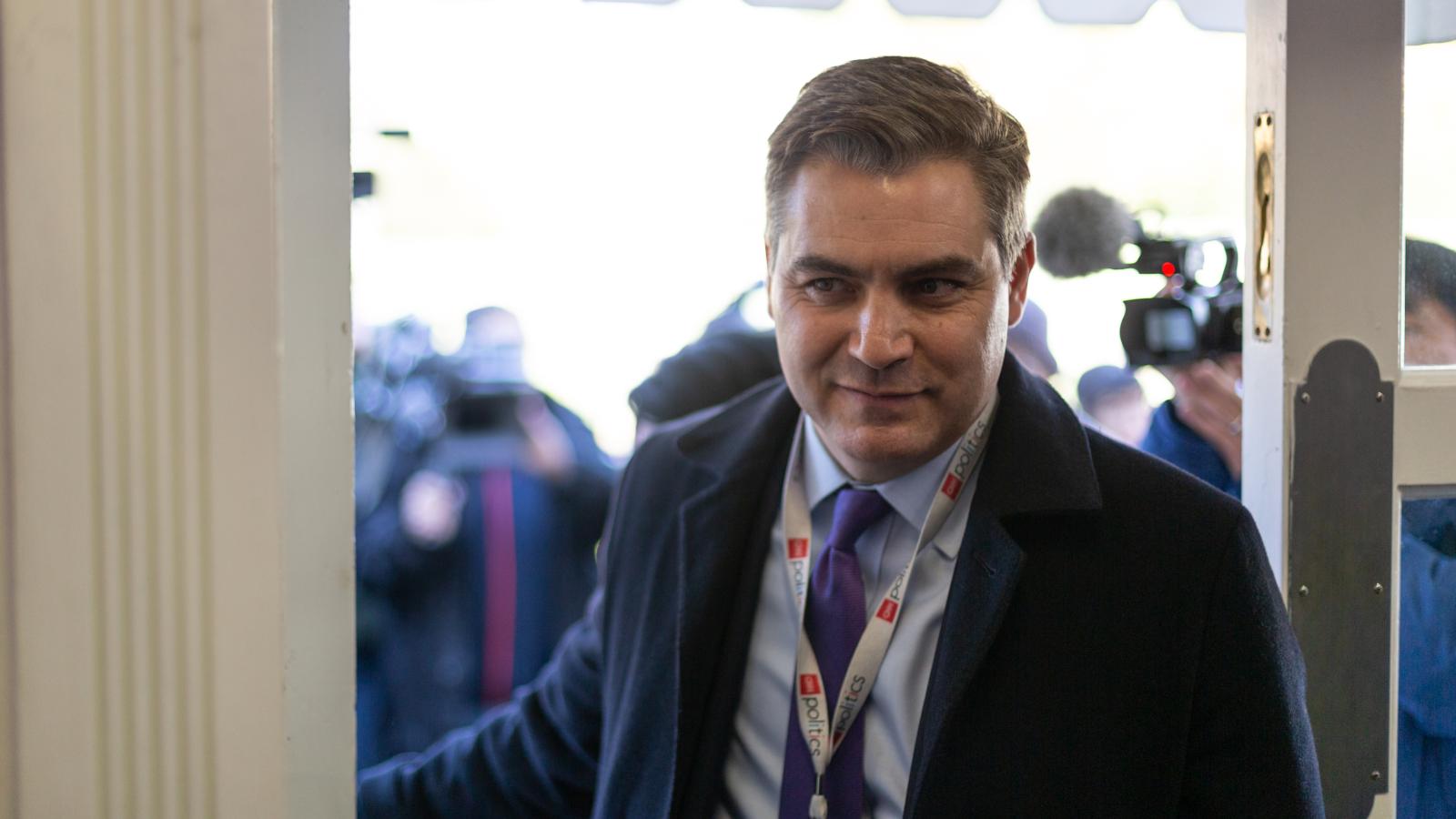 CNN anchor Jim Acosta promoted a collage of the Fox News Christmas tree that was set on fire, surrounded by Fox hosts Laura Ingram, Sean Hannity, Brian Kilmeade and Tucker Carlson. The collage was used in a CNN segment and posted on Twitter.

On Saturday, he tweeted a photo of himself holding the collage while surrounded by CNN staff with the caption: "Teamwork makes the dream work. Got to finally hang out IN-person with my Atlanta-based CNN team that gets the show on the air every weekend. I couldn’t do it without them! Thanks guys!!"

The Christmas tree outside of Fox News Channel's New York headquarters was set on fire earlier this month, causing about $500,000 in damage.

Shortly before posting the photo, Acosta tweeted a link to a video of himself attacking Ingram, Hannity, Kilmeade and Carlson about their statements following the Jan. 6 attack on the U.S. Capitol.

He rhymed throughout the first minute and a half of the segment, beginning, "Twas the week before Christmas, and all through the House, some Republican lawmakers were stirring as if they'd seen a mouse."

He concluded, "Consider putting together a little folder of articles," and showed a binder with the cover featuring the collage of Fox News hosts and the Christmas tree. He said the "Yuletide folder" should contain articles proving why the election was not stolen.

"Perhaps you've heard something about 'peace on earth, goodwill to all.' It's worth a shot," he said, advocating for viewers to give the binder to a family member who believes former President Donald Trump won the 2020 election.

Acosta was criticized harshly criticized online for his photo with the CNN crew.

"The lack of diversity here is astounding. There seems to be more pedophiles working for prominent CNN anchors than people of color," Donald Trump Jr. said, referencing a CNN producer who was arrested earlier this month after allegedly enticing minors for sex.

"He misses Trump so, so much," Federalist publisher Ben Domenech said.

"Remember when Jake Tapper freaked out on [Ted Cruz] for not wearing a mask around Amy Klobuchar?" conservative commentator Caleb Hull said about Acosta posing with maskless CNN staff.