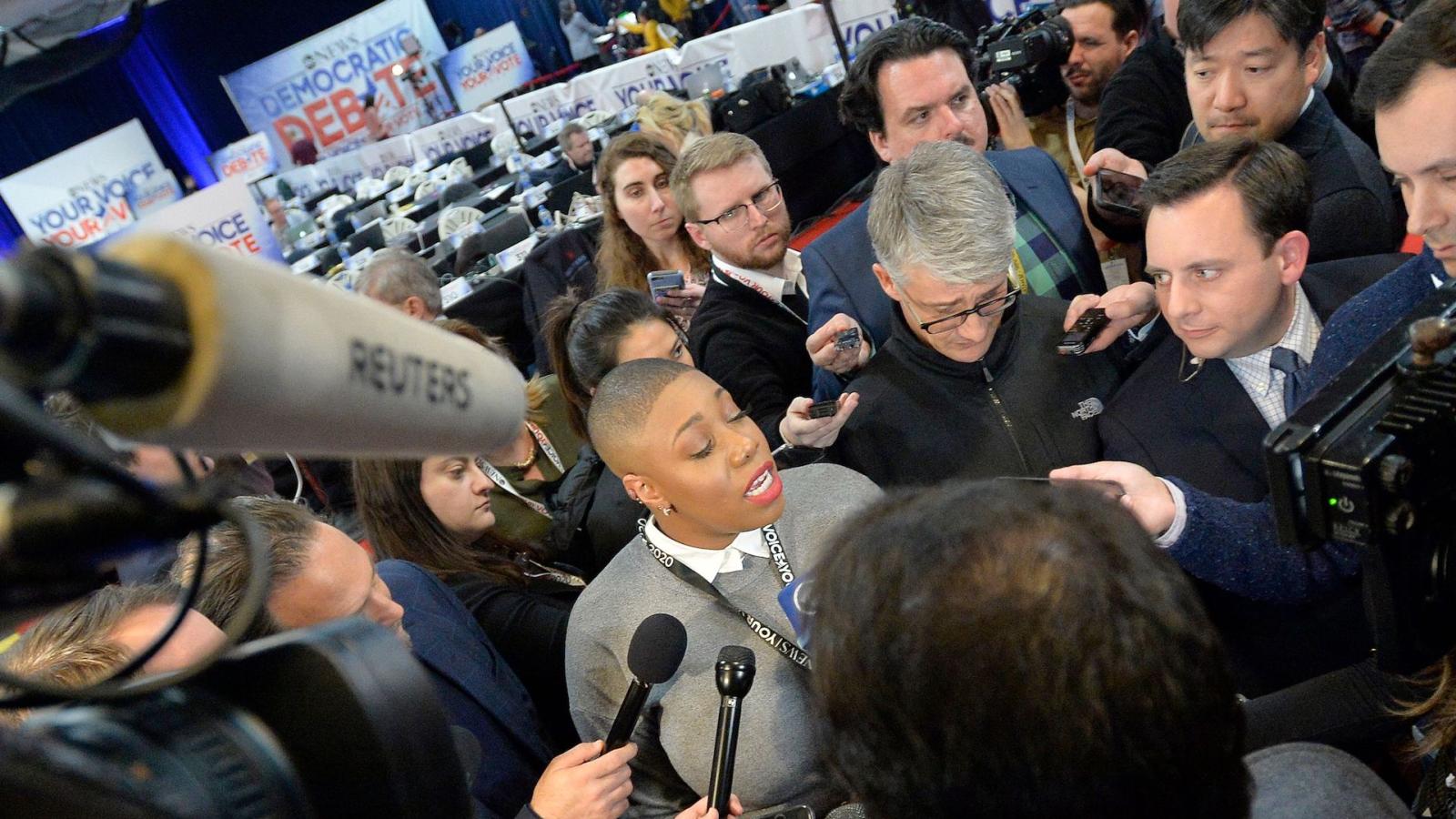 Major changes are occurring at MSNBC, but the network says Joy-Ann Reid will stay contrary to rumors, while White House Vice President Kamala Harris' spokeswoman Symone Sanders prepares to join as a host this spring.

An anonymous source last week stated that Reid "does not have a show come mid Spring" at MSNBC, and that she was viewed as "unmanageable." A spokesperson for the network told Just the News, "that report is bogus."

Describing Sanders as an "esteemed political strategist," NBCUniversal News Group stated that she will be based in Washington, D.C., as a host of MSNBC on the weekends and on "The Choice on MSNBC" through the streaming service Peacock.

"I’m going to bring my whole self to this show. I am a young woman, a young woman of color. I’m a Black woman, a young Black woman form [sic] the Midwest, from Nebraska. Yes, I have done politics, but I’m also a consumer of pop culture," Sanders told Variety. "I’m turning on the news in the car, but I’m also DVR-ing the 'Housewives.' There is a space for that to intersect."

Sanders left the White House at the end of 2021 as one of several recent high-profile Veep office departures amid rumors of an unhealthy work environment.

Sanders said she is "excited to join" the network. "I look forward to working with some of the most talented and amazing people in news. There is a lot to learn, but I’m ready to get to work!" she added on Twitter Monday.

Other significant changes occurring at NBC include the departure of long-time anchor Brian Williams. Primetime host Rachel Maddow is expected to spend less time on-air in order to work on other NBCUniversal projects.