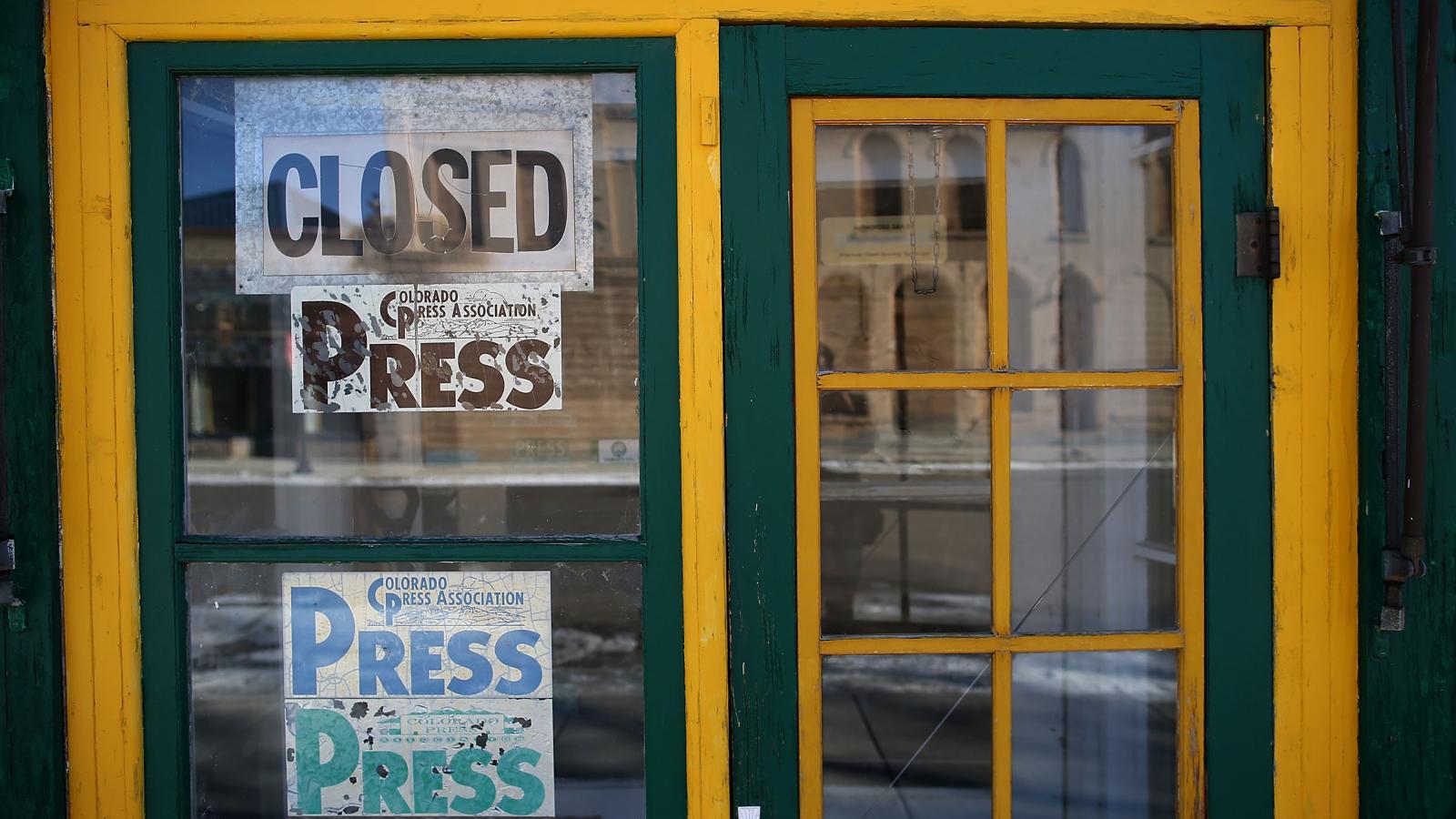 A small newspaper office in Colorado in 2016.
Justin Sullivan/Getty Images
By Sophie Mann

Newspapers across the country have joined forces to file antitrust lawsuits against Big Tech giants Google and Facebook for monopolizing the digital ad market and detracting revenue that would otherwise bolster local outlets.

A group of lawyers comprised of experts in antitrust litigation and attorneys with personal interest in newspapers are representing at least 30 companies that own a combined more than 200 newspapers that wish to file suit. Thus far, antitrust legal action has been taken by 17 of the ownership groups that represent roughly 150 outlets.

Clayton Fitzsimmons, one of the attorneys working on the suits, told Axios that the goal of the litigation is "to recover past damages to newspapers" caused by Big Tech companies, in addition to establishing "a new system going forward in which newspapers aren't just competitive again, but can thrive."

The suits have, at this point, been consolidated by a judicial panel in the Southern District of New York. The cases remain pending for now. But the court may either select a number of cases as bellwethers for individual claims, or could send some of the cases back to the states in which they were initially filed to be tried.