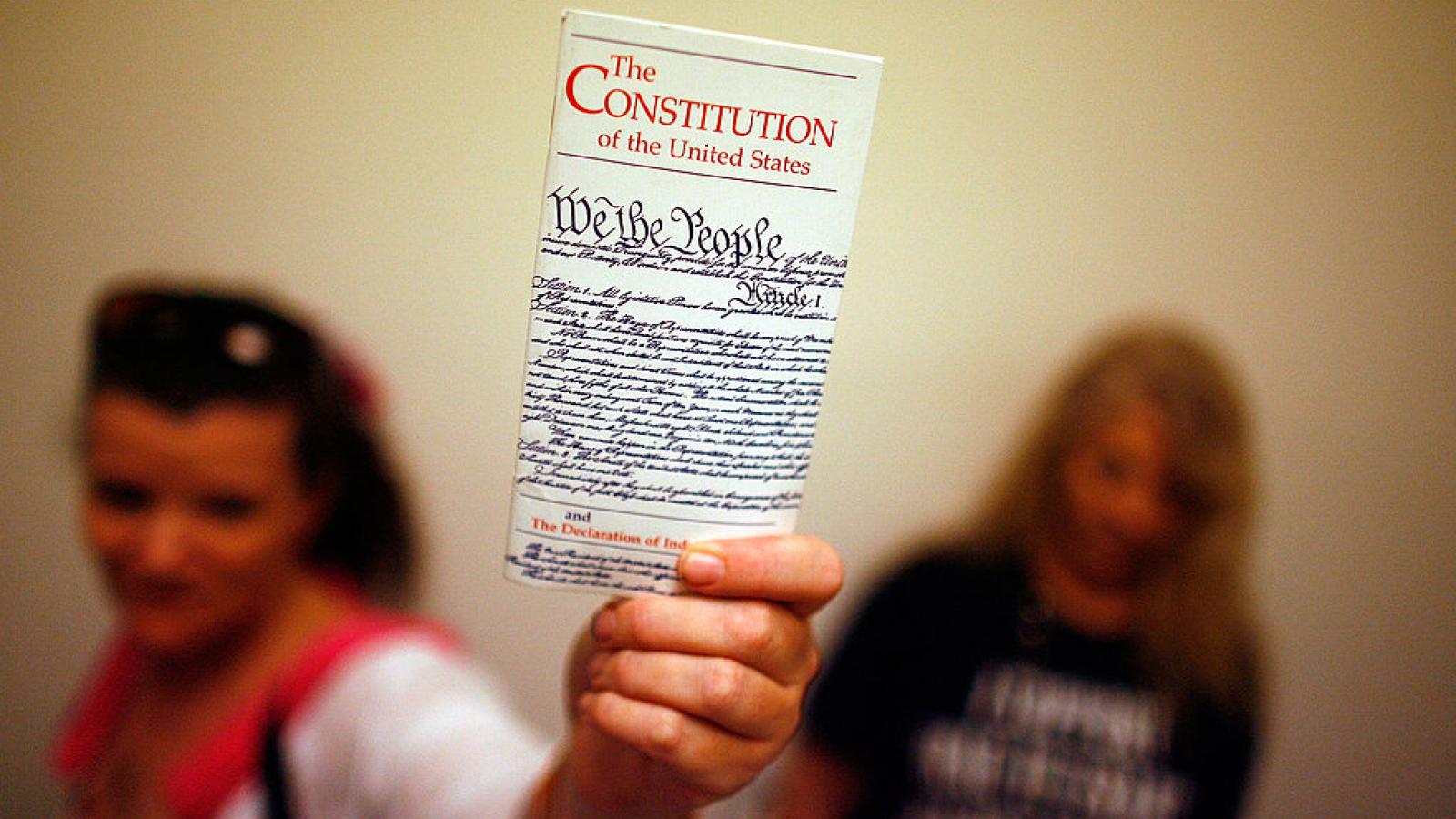 The day prior to the one-year anniversary of the Jan. 6 Capitol breach, Politico magazine ran a guest column by a political science professor who argued the U.S. Constitution has become a threat to democracy.

Corey Robin, a professor at Brooklyn College and the City of New York Graduate Center, wrote a piece titled "Republicans Are Moving Rapidly to Cement Minority Rule. Blame the Constitution."

In the piece, he argues the modern Republican Party and the Constitution are preventing the "national majority," meaning the Democratic Party, from legislating effectively.

"Driving the initiatives of the Republicans and the inertia of the Democrats are two forces," Robin writes. "The first is the right's project, decades in the making, to legally limit the scope and reach of democracy. The second is the Constitution, which makes it difficult for the national majority to act and easy for local minorities to rule."

In the essay, Robin also criticizes constitutional facets of the American electoral process including the Electoral College and the Senate, all for the purpose of repeatedly leveling anti-Democratic accusations against the GOP.

"Democracy is not just the enemy of the Republican Party. It is also the enemy of the Constitution," he writes. "Americans associate the Constitution with popular liberties such as due process and freedom of speech. They overlook its architecture of state power, which erects formidable barriers to equal representation and majority rule in all three branches of government."

Robin goes so far in the article as to claim that the Constitution has, essentially since its establishment, created an apparatus that can easily be used and manipulated by a party seeking to undermine Democratic order – in this case meaning, the wishes and desires of Democratic politicians and some of their constituents.

"The Republicans are not struggling to overturn a long and storied history of democratic rules and norms. They’re walking through an open door," he wrote. "We are in the same constitutional steeplechase that generations past have had to hurdle across or hurl themselves through. Whether we are at the start, middle, or end of that course is now, as always, an open question."