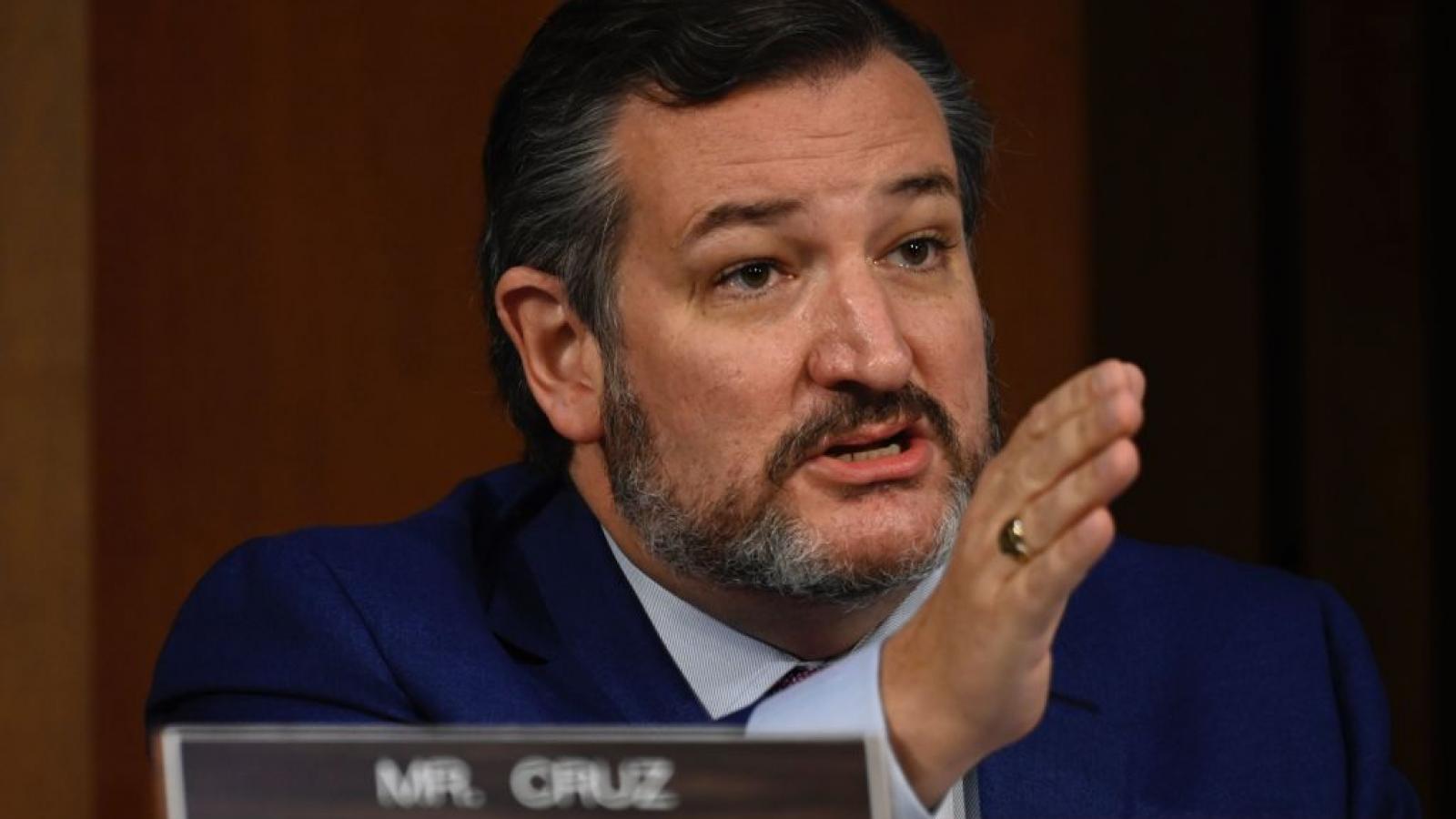 Fox News host Tucker Carlson and Texas Sen. Ted Cruz engaged in a heated debate on Thursday over the Republican senator's use of the term "violent terrorist attack" when describing the Jan. 6 Capitol riot.

"There are a lot of dumb people in the Congress. You're not one of them," Carlson said. "I think you're smarter than I am, and you never use words carelessly. And yet, you called this a terror attack when by no definition was it a terror attack. That's a lie. You told that lie on purpose, and I'm wondering why you did."

The senator responded by calling his own remarks "sloppy" and "frankly dumb," before Carlson interrupted to say he didn't "buy that."

"I've known you a long time, since before you went to the Senate. You were a Supreme Court contender," the TV show anchor said. "You take words as seriously as any man who's ever served in the Senate … I do not believe that you used that accidentally. I just don't."

Cruz replied by saying, "As a result of my sloppy phrasing, it's caused a lot of people to misunderstand what I meant. Let me tell you what I meant to say. What I was referring to are the limited number of people who engaged in violent attacks against police officers.

"Now I think you and I both agree that if you assault a police officer, you should go to jail. That's who I was talking about. And the reason the phrasing was sloppy is I have talked dozens if not hundreds, of times -- I've drawn a distinction. I wasn't saying that the thousands of peaceful protesters supporting Donald Trump are somehow terrorists. I wasn't saying the millions of patriots across the country supporting President Trump are terrorists, and that's what a lot of people have misunderstood."

Carlson asserted that Cruz was still not making sense.

"So if somebody assaults a cop, he should be charged and go to jail. I couldn't agree more -- we have said that for years -- but that person's still not a terrorist. How many people have been charged with terrorism on Jan. 6th?" Carlson asked. "Like, why'd you use that word? You're playing into the other side's characterization that … allows them to define an entire population as foreign combatants. And you know that. So why did you do it?"

Cruz said that over the past decade, he has repeatedly "referred to people who violently assault police officers as terrorists."

"If you look at all the assaults we've seen across the country, I've called that terrorism over and over again.

"That being said, Tucker, I agree with you. It was a mistake to say that yesterday, and the reason is what you just said, which is we have now had a year of Democrats and the media twisting words, and trying to say that all of us are terrorists -- trying to say you're a terrorist, I'm a terrorist. And so, look, I don't like people who assault cops, and I stand up and defend cops. And the reason I use that word is that's the word I've always used for people that violently attack cops. But in this context, I get why people were angry."

Carlson replied, "I guess I just don't believe you, and I mean that with respect because I have such respect for your acuity and your precision, and I've seen it on display. I've covered you as a reporter. I know how you speak, and you have sat there for a year and watched people use language to distort the events of that day, intentionally -- insurrection, coup, terrorism."

Cruz said he's repeatedly denounced calling the Jan. 6 Capitol riot an "insurrection" because it's a lie. He added that he normally says "violence is wrong, peaceful protest is right."

Carlson noted that there's a legal and moral difference between a terrorist and someone who assaults a cop.

"I've used that word for people that violently assault cops," Cruz explained. "I used that word all in 2020 for the Antifa and BLM terrorists that assaulted cops and firebombed police cars. But I agree: it was a mistake to use the word yesterday because the Democrats and the corporate media have so politicized it. They're trying to paint everyone as a terrorist, and it's a lie … They want to paint us as Nazis … I'm the one leading the fight in the Senate against this garbage."

During the Antifa and Black Lives Matter riots of summer 2020, Cruz called them "organized terror attacks," and organized a Senate hearing on the issue, Fox News reported.