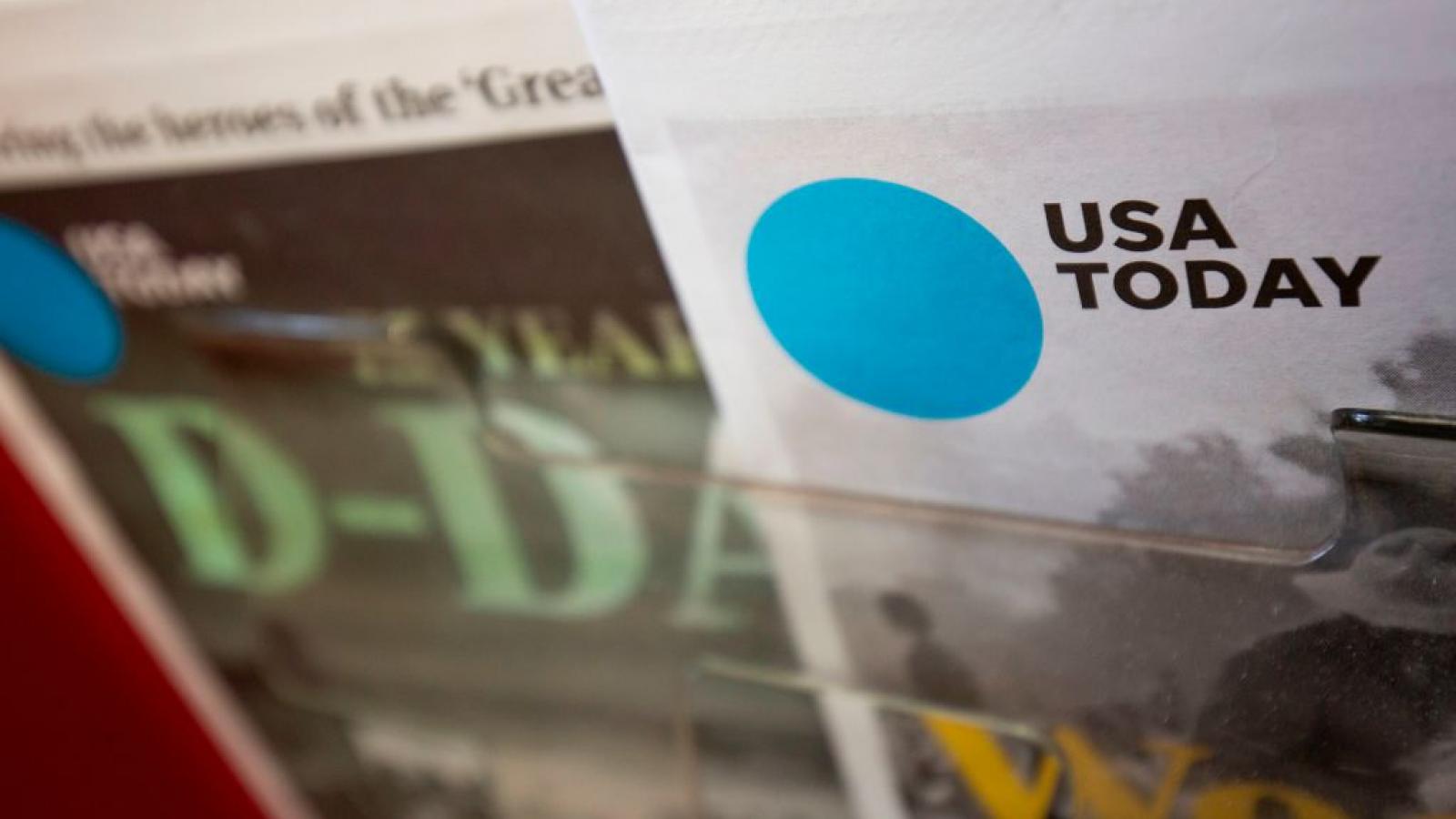 A USA Today fact-check item has resulted in a brewing controversy in which the fact-checker is coming under fire for what some see as him playing "the victim."

The fact-check on Wednesday was in response to accusations that President Biden kept checking his watch during the solemn "dignified transfer ceremony" honoring the 13 U.S. service members who were killed in a terrorist attack in Kabul outside the airport during America's evacuation and airlift from Afghanistan.

The conclusion of the fact-check, written by USA Today reporter Daniel Funke, was that the accusation was "partly false," because, he wrote, that it came "only after" the ceremony, not during.

The next day, however, the paper issued a correction, acknowledging that he did in fact look at his watch "multiple times" during the ceremony and changed their conclusion from "partly false" to "missing context."

The result of all this was a twitter storm, according to Fox News, with Funke writing, "As many of you already know, this story has been corrected. Biden checked his watch multiple times during the ceremony. I regret the error," adding that "Journalists and fact-checkers are human (yes, even me!) We make mistakes. When we do, we correct them and try to make it right."

Funke posted a link to the paper's guidelines for fact-checking and explained what he referred to as the "principles we try to uphold." He then added that "It's easy to dunk on journalists when we get things wrong. I get it – to many, we're just another name on a screen. But behind that screen is a person trying to do their best."

But that didn't end the controversy, as some suggested that it wasn't done in error, but rather as just another example of bias to attempt to cover for Biden's actions and words, and to in effect go after the Gold Star family members who were deeply offended by the president's actions.

While some gave Funke credit for owning up to his "mistake," others weren’t so forgiving.

"What you did wasn't a 'mistake,' tweeted Nicholas Fondacaro of NewsBusters. "There were videos of him looking at his watch during the ceremony circulating since Sunday… But you intentionally ignored them and claimed there was no evidence at all."

"With all due respect, Mr. Funke, your 'fact check' carried a direct implication that grieving, gold star families had LIED with their first-hand testimony of the events, tweeted WMAL radio talk-show host Larry O'Connor. "Keep your 'we regret the error' and apologize, unequivocally, directly TO THEM."

"You didn't get something wrong. You purposefully and willfully fact checked Gold Star families instead of the President," tweeted Spectator contributor Stephen Miller. "You did exactly what you think you're paid to do, which is protect Jos Biden and his party."

USA Today's parent company, Gannett, responded to a request for comment from Fox News with a statement from USA Today executive editor Jeff Taylor. "We corrected the fact check story as soon as we realized it was erroneous and were fully transparent about the inaccuracies. Our mission is to report the facts as accurately as possible with no political agenda."