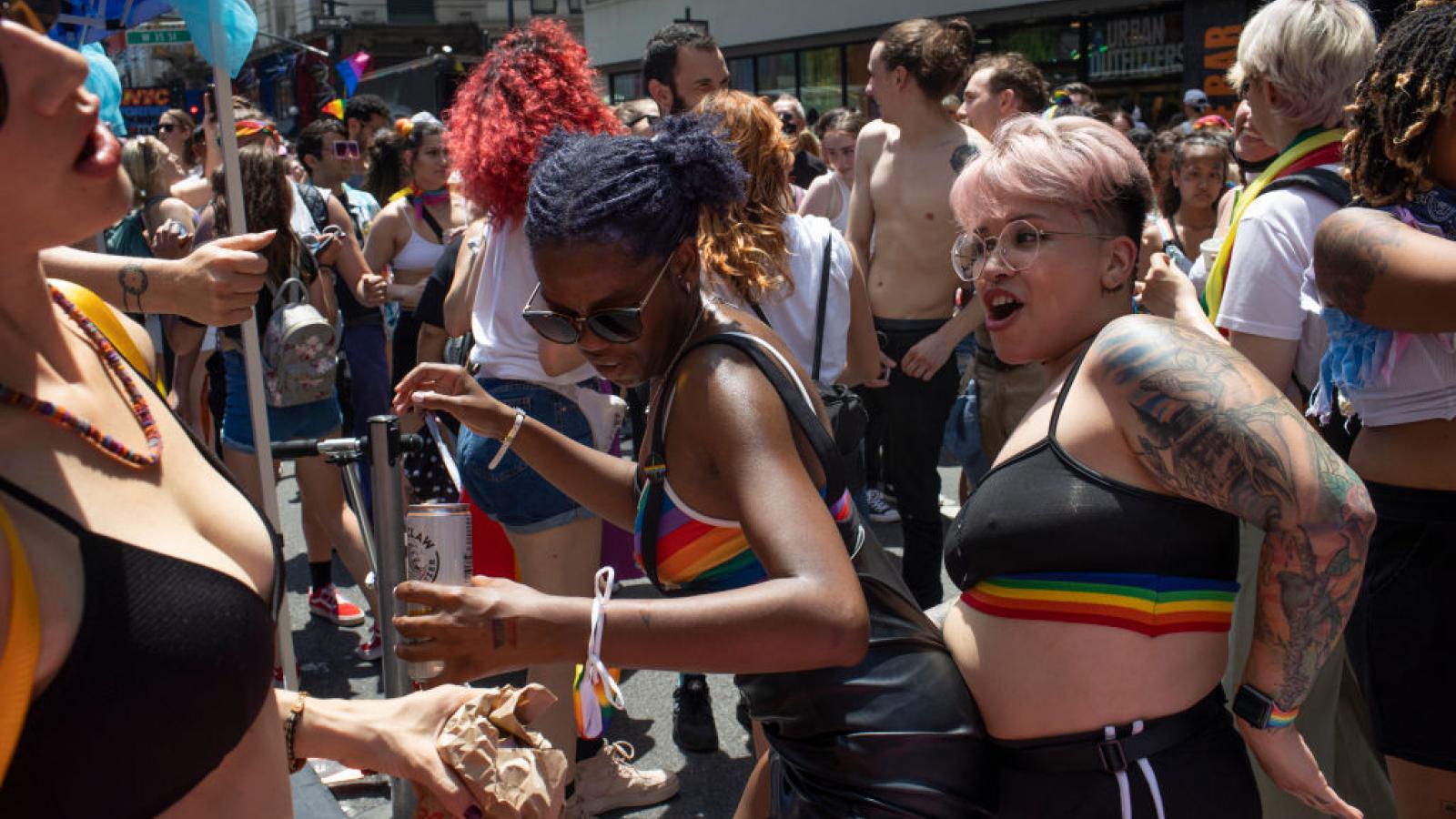 A writer this week sparked controversy after she argued in the pages of The Washington Post that children should be exposed to the phenomenon of sexual "kink" at gay pride parades, claiming that suppressing such displays at those demonstrations "will do more harm to our children than good."

Lauren Rowello, a Philadelphia-based writer, writes in the Post about an experience several years ago when her children attended Philadelphia's gay pride parade and witnessed "a bare-chested man in dark sunglasses whose black suspenders clipped into a leather thong" who at one point "paused to be spanked playfully by a partner with a flog."

Rowello in the article uses that vignette as a launching-off point to argue that participants in gay pride celebrations "should hope that [children] encounter kink when they attend. How else can they learn about the scope and vitality of queer life?"

"Children who witness kink culture," she argues, "are reassured that alternative experiences of sexuality and expression are valid – no matter who they become as they mature, helping them recognize that their personal experiences aren’t bad or wrong, and that they aren’t alone in their experiences."

"Including kink in Pride opens space for families to have necessary and powerful conversations with young people about health, safety, consent, and – most uniquely – pleasure," she continues, further arguing that kink sexual displays serve as "a reminder that any person can and should shamelessly explore what brings joy and excitement."

The argument brought criticism and praise from commentators online.

Writer Matthew Yglesias wrote on Twitter that he "lived just off 5th Avenue in the Village in the 80s and 90s" and witnessed many 'kink-positive' gay pride demonstrations as a child. "Can promise that it's fine," he said.

Conservative radio host Jesse Kelly, meanwhile, sharply criticized the column, writing: "If your 'principles' prevent you from running this sickness out of your country, your principles are garbage. Nations do not remain stable, healthy nations with this behavior becoming acceptable."

"Pride Month," over the month of June, has been officially celebrated by three sitting U.S. presidents Bill Clinton, Barack Obama and Joe Biden. Donald Trump as president in 2019 acknowledged the monthlong observance via Twitter.