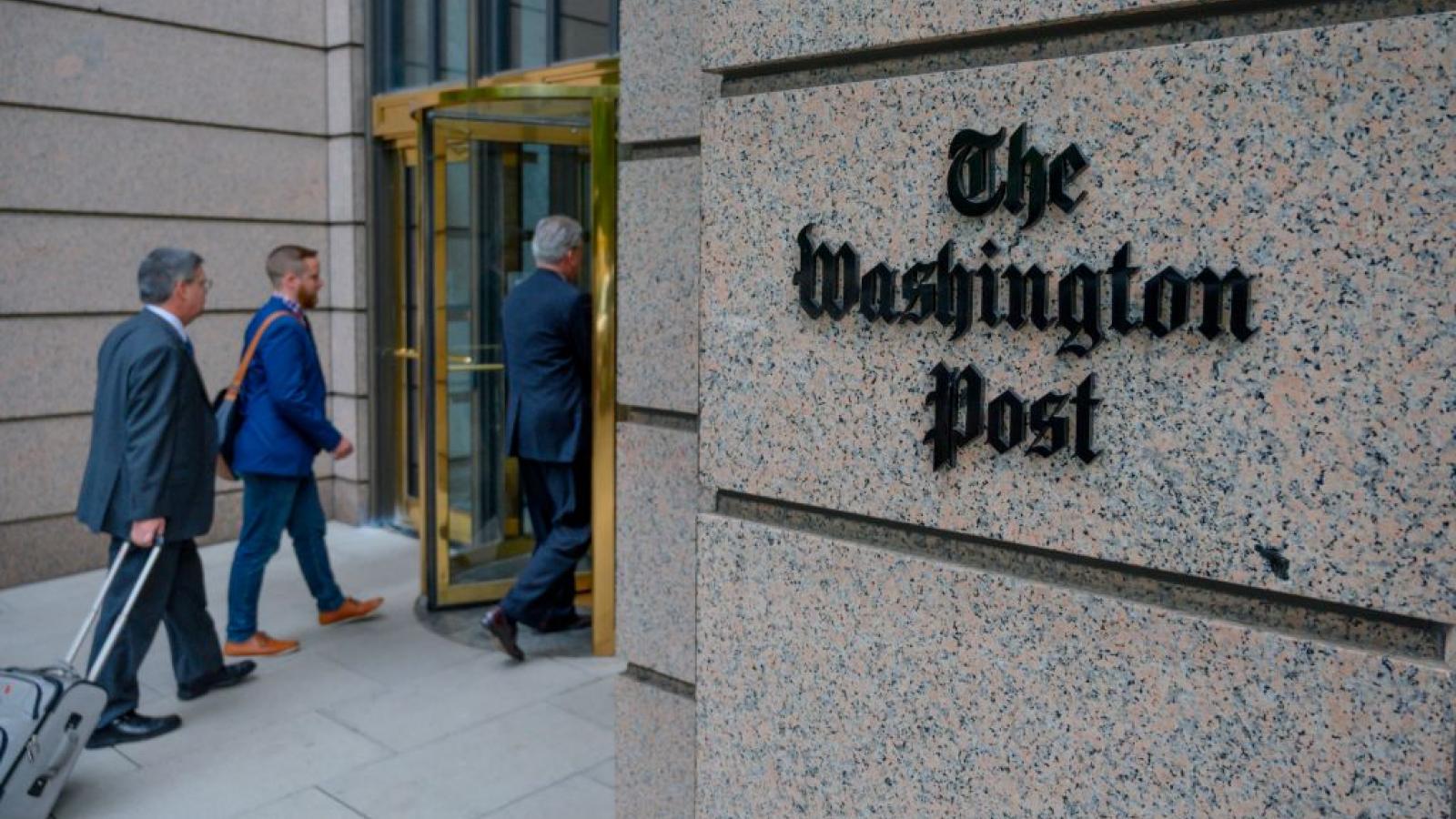 The Washington Post's new national editor, Matea Gold, is recused from covering the FBI and the Department of Justice due to a conflict of interest involving her husband, RealClearInvestigations reports.

Gold's husband, Jonathan Lenzner, became FBI chief of staff in December 2021, one month before she recieved the Post promotion.

The Post's managing editor, Steven Ginsberg, will oversee FBI and DOJ stories, a spokeswoman for the paper told RealClearInvestigations.

"We have every confidence in Matea's professionalism and high standards," Washington Post spokeswoman Kristine Coratti Kelly said. "She has recused herself from this area of coverage to avoid even the appearance of partiality."

Gold will be unable to assist in the paper's coverage of Special Counsel John Durham's criminal investigation into the Trump-Russia probe.

The Bezos-owned paper applauded Gold's work in an announcement about her promotion. "For the last four years, Matea has served as the national political enterprise and investigations editor, running some of The Post's most sensitive stories, including coverage of the Russia investigation, the Ukraine pressure campaign and President Donald Trump's attempt to subvert the 2020 election results," the Post wrote.

Gold's husband's family is close to the Clintons, and the situation was discussed during a Post staff meeting, sources told RealClearInvestigations. Lenzner's father, Terry Lenzner, worked on the Nixon impeachment hearings while Hillary Clinton served as a low-level attorney during the inquiry.

Lenzner was called "President Clinton's private CIA" in a 1998 Washington Post article. He also worked for Clinton lawyers beginning in 1994, with a focus on President Bill Clinton's mistresses.

The Washington Post came under fire for their coverage of the Steele Dossier, discredited by Durham. The Post corrected and removed significant portions of articles about the dubious dossier in November.