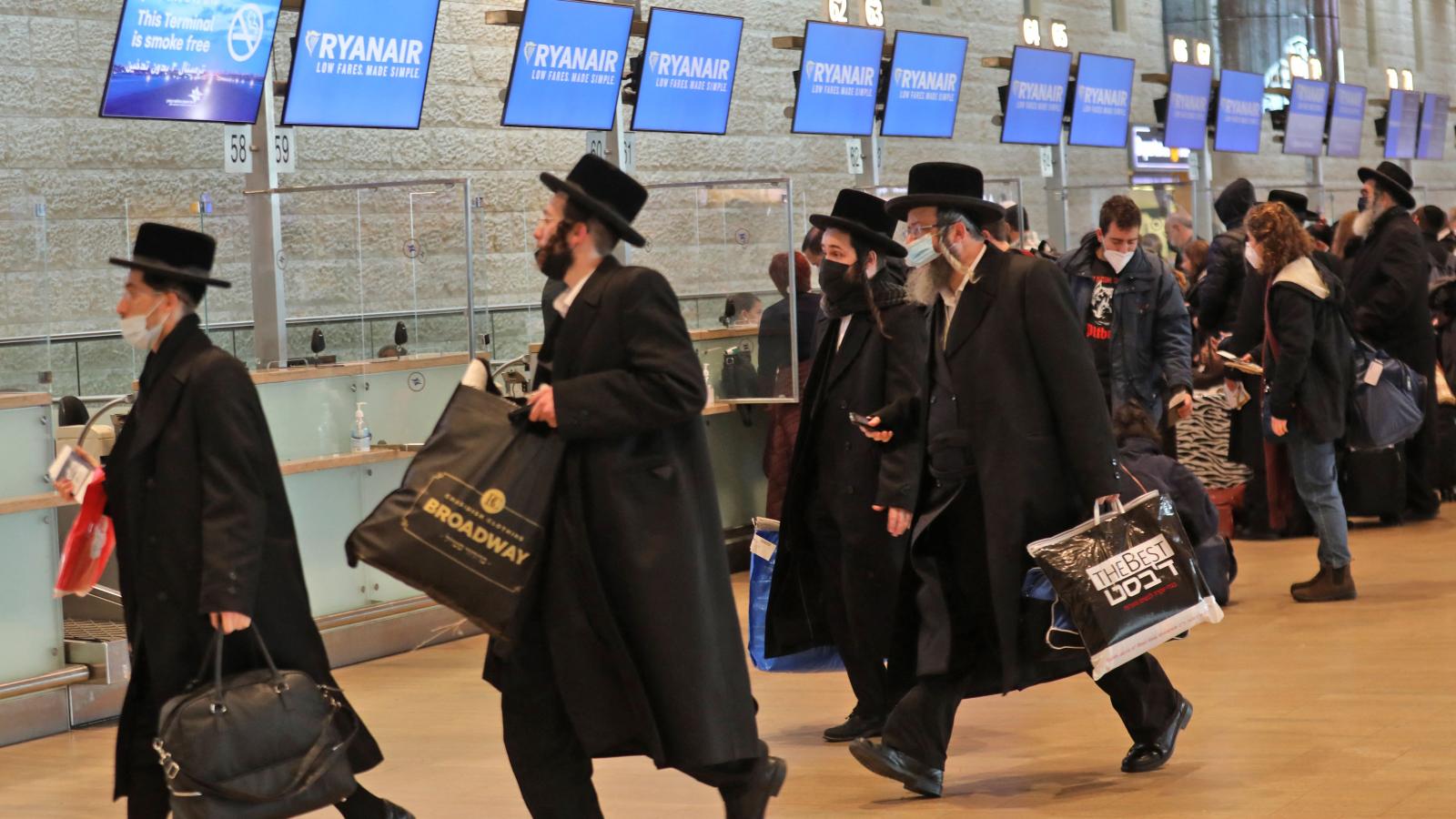 More than 130 visibly Jewish passengers were barred from a Lufthansa flight due to a mask dispute involving a small number of travelers in which an airline official said it was "Jewish people who were the mess, who made the problems."

Lufthansa issued an apology on Tuesday to the New York travelers who were unable to board their connecting flight from Frankfort to Budapest.

"[W]e regret that the large group was denied boarding rather than limiting it to the non-compliant guests," the company wrote.

"The vast majority of the passengers from JFK to Budapest were mask compliant and banning all Jews from [t]his flight appears to be clearly anti-Semitic," the company observed.

While passengers are required to wear masks on Lufthansa planes, they are not required to do so in the Frankfurt airport.

Thousands of Jews traveled to Budapest in an annual pilgrimage to the grave of Rabbi Yeshaya Steiner of Kerestir on the anniversary of his death. An estimated 135 to 170 Jews, mostly Hasidic, should have been on the flight to Budapest, which ultimately took off with about 20 passengers, DansDeals reported.

One Lufthansa employee made shocking remarks to a Jewish passenger on video.

The worker said the man would have been banned if he were "African" or a "Polander."

"I was wearing a mask the entire time, why am I lumped in with them?" the traveler asked.

"It was one, everyone has to pay for a couple," the airline employee responded.

"The non-Jewish people on the flight went. Why are only the Jewish people paying for other people’s crimes?" the passenger pressed.

"Because it’s Jews coming from JFK," the supervisor said.

She later told him, "If you want to do it like this, Jewish people who were the mess, who made the problems."

About two dozen police officers were at the gate to prevent Jewish passengers from boarding.

Only two Jews were ultimately allowed to travel to Budapest on Lufthansa, DansDeals reported, but they were not visibly dressed as Hasidic Jews.

The Jews who were not allowed to board the flight received a 24 hour ban from Lufthansa. Some were able to re-book their flights for a later time, but others spent more than $1,000 for new tickets.

The group of would-be passengers is currently working on a class action lawsuit.