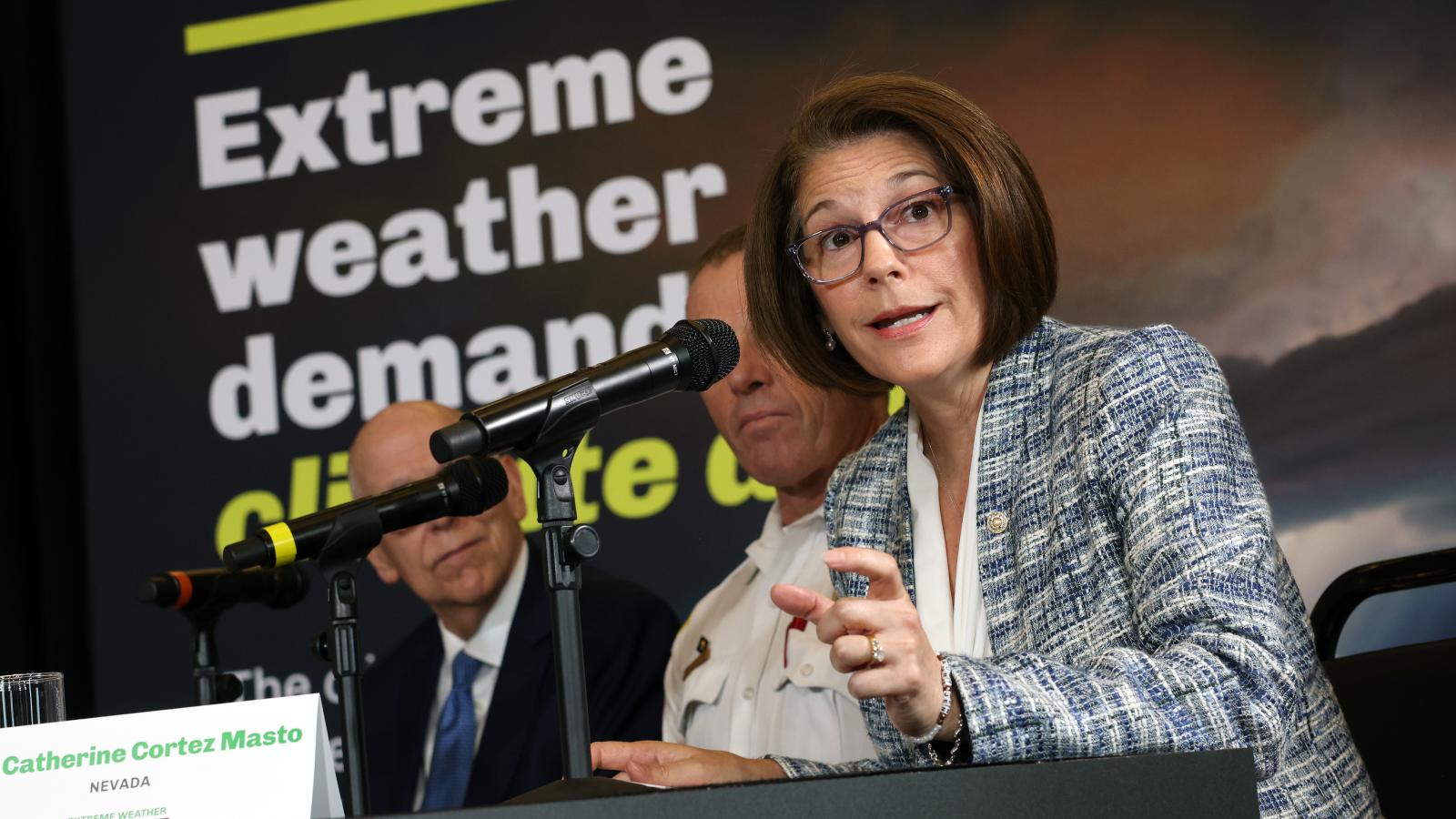 The city of Reno, Nev., urged city employees to turn out for a speaking appearance on Thursday by Nevada Democratic Sen. Catherine Cortez Masto, who is running for reelection this year.

Cortez Masto and former Republican governor and current University of Nevada, Reno President Brian Sandoval were both featured speakers at the event, which the city maintains was a non-political diversity, equity, and inclusion (DEI) employee training event.

Former Nevada Attorney General Laxalt polled ahead of Cortez Masto by 3%, while rival GOP primary candidate Brown led the Democratic incumbent by less than 1%. Both leads are within the 4.4% margin of error.

Laxalt on Thursday tweeted pictures of emails to City of Reno employees that he said his team verified.

"You know it's bad when the City of Reno has to bully and bribe their own employees to show up to see Senator Cortez Masto speak," Laxalt tweeted. "City employees will get overtime to attend this event and your tax dollars are paying for it. Our team has been able to verify these emails."

In one of the photos, an email that appears to be sent to all city employees reads: "For staff working regular hours during this event, we look forward to seeing you at the Reno Ballrooms. For staff who do not work on Thursdays or are off work by 3:00 p.m., we would like to see you there as well. Your time at this event will be compensated such that if you are eligible for overtime, you will receive overtime pay or compensatory time as outlined in your collective bargaining agreement."

In the other photo, there is a followup email from a "Bryan" in the Department of Public Works. Bryan Heller, assistant public works director of maintenance and operations, is the only Bryan in that department listed in the City of Reno staff directory.

The email is to "Corp Yard M&O" and reads: "The city management team emphasized the importance of having our staff attend this event, and asked that all employees attend, unless they are in an emergency response status or are otherwise needed to keep our business open and available to the public. As such, please plan on attending and RSVP using the links in the City Manager's email below."

Just the News reached out to both Heller and Cynthia Esparza, the senior management analyst in the City Manager's Office, who was listed as a contact in the citywide email about the event. Neither responded to requests for comment.

Instead, Just the News received an email from the city's Department of Communications with a link to their statement regarding the event.

"This was not a political event or rally, and attendance at the event was not mandatory," according to the statement. "Off-duty employees who chose to participate were compensated per their respective bargaining agreements."

The statement notes that this was the eighth event in the "One City, Many Voices" DEI speaker series.