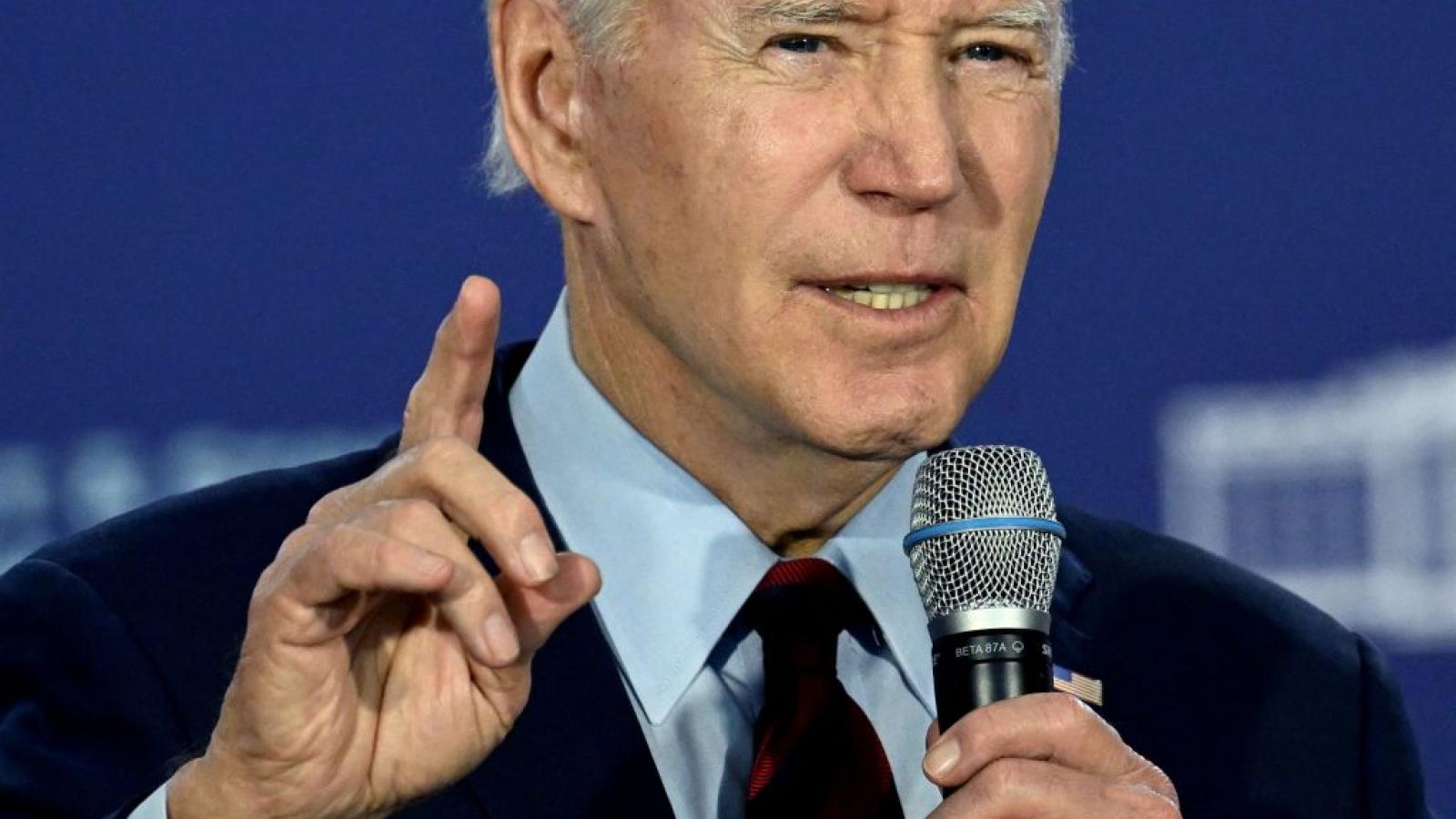 In his fire and brimstone speech last week warning democracy was on the edge of the abyss, President Joe Biden suggested Democrats have a monopoly on truth while Republicans are liars.

"In this moment, we have to confront those lies with the truth," the 46th president added. "The very future of our nation depends on it."

There's just one problem: Democrats have foisted upon this nation their own litany of lies, including one that polls show swayed the 2020 election to Biden's favor.

Biden himself falsely proclaimed he had nothing to do with his son Hunter's business dealings and his son had done nothing wrong while Democrat allies falsely branded a laptop that disproved those falsehoods as "disinformation."

In fact, the laptop was real, Joe Biden met with several of his son's business associates, was offered a key to one of his son's offices, and was listed as the "big guy" for whom 10% of a China deal was potentially to be reserved.

And Hunter Biden has now admitted he failed to pay taxes and is under criminal investigation, reportedly paying off his back taxes earlier this year, while his own emails show he had been warned as far back as 2016 that he was a scofflaw on taxes related to his Ukrainian payments from Burisma Holdings.

Polls show Americans might have voted differently had they been told the truth in 2020. In other words, the Democrats have their own version of a "big lie" from the last election to answer for.

The falsehoods have only accelerated since Biden's inauguration.

Homeland Security Secretary Alejandro Mayorkas routinely and falsely declares the U.S. southern border is secure, a proclamation debunked by the fiscal 2022 year-end statistics showing 2.4 million illegal migrants were encountered crossing the border, 600,000 more got away, 98 migrants with suspected terrorist ties crossed into America, and about 850 migrants died trying to get in.

The record is so egregious that Mayorkas' own Border Patrol chief declared there was a crisis because there are "no consequences" for illegally penetrating the border.

Mayorkas' truthfulness has been further called into question recently by revelations showing that hours before he held a news conference furthering the false narrative that border patrol agents had been whipping illegal migrants he was warned the narrative wasn't true. His own department's inspector general has also concluded that no such whipping occurred and agents acted according to their training and rules of engagement.

An Obama-appointed judge in September delivered another truth bomb to Biden and the Democrats, who spent much of 2021 claiming Georgia's new voter ID and citizenship checks were "Jim Crow 2.0" racist and would suppress votes, creating enough of a racket even to force Major League Baseball to move its All-Star game from Atlanta.

Bobby Charles, a longtime congressional investigator and official in the George W. Bush administration, said he believes truthfulness is on the ballot this fall because voters are tired of the Biden administration claiming it is truthful when it obviously is not, citing the Afghan withdrawal as an example.

"I think Americans have gotten tired — and I really mean the word tired — of being lied to," Charles said in an interview Thursday on the John Solomon Reports podcast. "They know from telling us that Afghanistan was a great success, and people look at it and say, 'Who are you talking to? We can see the facts. That's a complete lie.'

"Telling us that your energy policy and your overspending — you know, pulling in $4.1 trillion, and spending seven point something trillion dollars — didn't create inflation, that it's all somebody else's fault, it's the Russians fault. No it isn't. We're not stupid. We know what's going on out here, and the average American, the average, moderate Democrat, the average, thoughtful Democrat, thoughtful, independent, thoughtful Republican knows. ... This isn't like shading the truth, this is promoting something that is utterly untrue."

Last week, the Biden White House was forced to delete a tweet flagged by Twitter for claiming Joe Biden had increased Social Security payments to historically high levels. The president has nothing to do with cost-of-living increases for retirees, which are set by law.

But Biden kept making the claim in speeches, adding a further whopper. "On my watch, for the first time in 10 years, seniors are getting an increase in their Social Security checks," he declared during a rally in Florida last week.

That is patently false. Social Security makes annual increases based on the cost of living, and they occurred through the Obama and Trump years before Biden.

Rep. Brian Babin (R-Texas) said a biblical thought came to him while watching Biden proclaim Democrats own the truth in his speech on Wednesday.

"You know, one of the Ten Commandments is thou shalt not bear false witness against thy neighbor," Babin said Thursday on the "Just the News, No Noise" television show. "And I don't think that President Biden has ever heard that before. And I tell you the truth, I wouldn't want to be standing next to him on Judgement Day because he has borne so much false witness against his neighbors. It's incredible."

Biden has even falsely described how he forgave hundreds of billions of dollars of student loans, telling young voters late last month that he "just signed a law" to erase the debt. "I got it passed by a vote or two, and it's in effect."

Biden did not get a law passed in Congress, he imposed the debt relief via an executive order, which is now being challenged on constitutional grounds.

Throughout his midterm election blitz, Biden has fumbled the truth. In New Mexico on Thursday, for instance, the president claimed: "We cut the federal debt in half. A fact."

Again, it is patently false: The national debt has grown from $27 trillion to $31 trillion on Biden's watch, though the annual federal budget deficit has fallen from its record highs caused by pandemic spending.

Even CNN has taken note of Biden's trail of mistruths, publishing a headline Saturday that read: "Biden's midterm message includes false and misleading claims." Among other things, it took a shot at Biden for repeatedly claiming gas was $5 a gallon when he took over. In fact, it was in the low $2 range.

"Biden's claim that the most common gas price when he took office was more than $5 is not even close to accurate," the network declared.

There's little doubt that truth is a casualty in modern politics, media and social media. And the facts are clear: Democrats' portrayal of themselves as truth-tellers is simply contradicted by the facts.