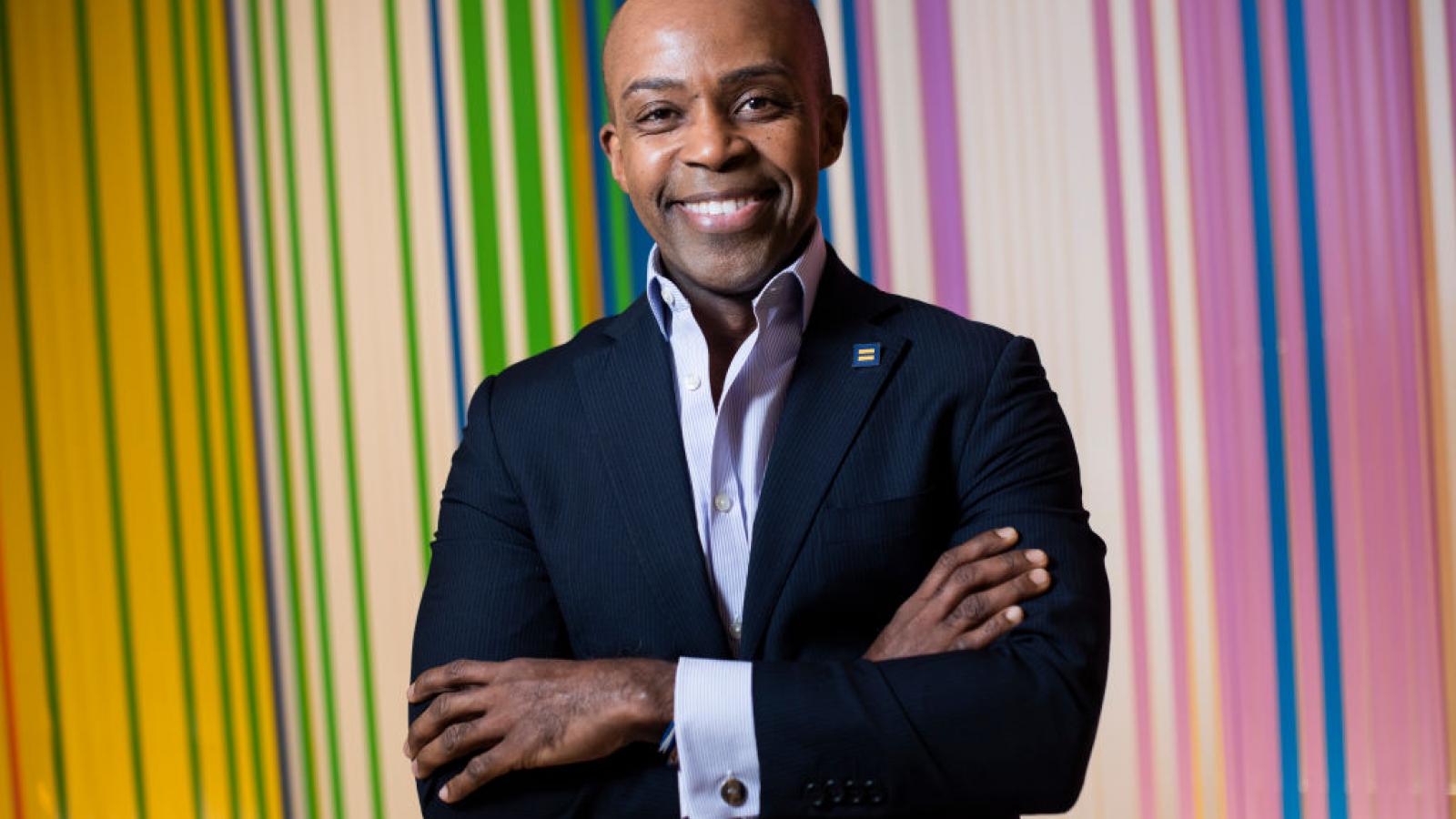 The president of the Human Rights Campaign – the country's largest LGBTQ advocacy group – was fired Monday by the group's board due to his role advising former New York Governor Andrew Cuomo during the sexual harassment scandal that led to his recent resignation.

Alphonso David was relieved of his position following votes taken by the boards of the Human Rights Campaign and its affiliate foundation. According to the New York Times, the votes were unanimous.

David formerly worked as an attorney in Cuomo's gubernatorial office and was named in New York Attorney General Letitia James' report as someone who was involved with efforts to undermine Lindsey Boylan – the former governor's first accuser.

Despite no longer working for the governor at the time of the accusation, David shared a memo that contained confidential information about Boylan's employment history, which he chose to share with Cuomo's communications staff, who in turn were hoping to release details of the document to the media.

Following the release of the AG report, David called for the resignation of the former governor, saying he did not know the extent of the allegations against him. Prior to that, however, David helped edit a letter that was circulated among Cuomo's aides, the goal of which was to malign and discredit Boylan.

"As a Black, gay man who has spent his whole life fighting for civil and human rights, they cannot shut me up. Expect a legal challenge," wrote David on twitter following his firing. The Times reports that David at no point informed the Human Rights Campaign that he was offering assistance to Cuomo, nor did he mention he was sitting to be interviewed by James' office.

"The idea that this is a distraction is simply not right," he continued. "I have not been distracted, nor have my H.R.C. colleagues who are fighting for human rights. The distraction would be calling for my resignation without providing the results of the review."

H.R.C. officials then released a statement saying that the review had not been completed and that David was mischaracterizing the information that had been relayed to him. "We were very surprised and disappointed by the inaccuracies in his portrayal of events," wrote the board chairs in an email to staff.

"At no time did we – the board chairs – tell him that there was no indication of wrongdoing, nor did we tell him we wanted this handled 'quietly,'" wrote the board's co-chairs. "This decision was made by the full boards of both H.R.C. and H.R.C. Foundation because of Alphonso's own actions in support of Governor Cuomo. He alone bears responsibility for what he did and the consequences." The review was conducted by the law firm Sidley Austin.