Evidence released by the Senate this month reveals that longtime Hillary Clinton associate Cody Shearer received anti-Trump dirt in 2016 from a Russian intelligence source and got it into the hands of the FBI through the ex-British spy Christopher Steele.

Shearer’s claim that his information came from a Russian FSB source, experts say, should have alerted senior US officials that the FBI’s investigation of the Trump campaign’s ties Russia was compromised by its sources, Clinton surrogates and alleged Russian spies.

The documents also indicate the State Department played a much larger role than previously reported in shaping the media narrative, and eventually the official Obama administration intelligence assessment that Vladimir Putin wanted Trump to win in 2016, lawmakers said.

“Clinton confidantes and campaign surrogates repeatedly sought information from individuals with links to known or suspected Russian intelligence officers and assets," Senate Homeland Security and Governmental Affairs Committee Chairman Ron Johnson, R-Wis, told Just the News. "This demonstrates the double standard and bias of the FBI’s investigation of only Trump campaign officials for their contacts with Russian agents.  Americans deserve equal justice, and the FBI has a long way to go before its integrity and credibility is restored.”

The new documents released jointly by Johnson’s committee and the Senate Finance Committee chaired by Chuck Grassley sheds significant new light on the extensive network of Clinton associates who participated and exerted influence on the 2016-17 effort to falsely portray Trump as the agent of a hostile power.

One of Shearer’s reports, alleging that Trump was compromised by Russian intelligence, made its way to the FBI shortly before the 2016 election through a series of Clinton allies. It included Steele, the British ex-spy who authored a now-debunked dossier tying the Trump campaign and associates to Kremlin officials. Steele submitted the Shearer memo, titled “FSB Interview,” to the FBI as a supplement to his own Trump-Russia reporting funded by the Clinton campaign.

In a prefatory note to the Shearer memo, Steele wrote to his FBI handlers that “some of the reporting is remarkably similar” to his own, especially regarding “TRUMP’s compromise by the FSB,” and the “funding of the TRUMP campaign.” Steele dated Shearer’s memo Oct.  19, 2016. Two days later, the FBI obtained a Foreign Intelligence Surveillance Act warrant on Trump adviser Carter Page based on some of the information from Steele’s dossier.

The Shearer memo echoes Steele’s most scurrilous and never corroborated allegation regarding Trump’s sexual activities during the 2013 Miss Universe pageant in Moscow. Shearer’s sourcing of his information to Russian intelligence also appears to mirror Steele’s. The former MI6 man’s primary subsource has been identified in media reports as Igor Danchenko, a Russian national, on whom the FBI opened a counterintelligence investigation in 2009 after he left the Washington, DC-based think-tank the Brookings Institution that employed him as a researcher.

Shearer, whose brother-in-law Strobe Talbott was president of Brookings from 2002 to 2017, claimed in his memo that the source for his reporting was an FSB agent. Shearer began the report: “I asked my FSB (Federal Security Service) source why he was talking to me.” He wrote that his source alleged that “Trump had been flipped in a honeypot operation in Moscow,” and that he’d seen the “sex videos,” which were kept in “Bulgaria, Israel and FSB political unit vaults in Moscow.”

You can read Shearer's memo here.

The source, according to Shearer’s memo, also claimed the FSB paid Trump, via Azerbaijan, a former Soviet state. The first installment of $10 million, the FSB agent alleged, was delivered to Trump personally during a visit to the presidential palace in Baku.

In a phone call with Just The News, Azerbaijan’s ambassador to the United States dismissed the memo’s allegations. “This is a complete, outrageous lie!” Ambassador Elin Suleymanov said. “Trump has never even visited Baku. Why would anyone come up with crazy insinuations like this?”

The Trump allegations reached the FBI through a long chain of Clinton confederates. Shearer’s brother-in-law, Talbott, was Deputy Secretary of State in the Bill Clinton administration, and Shearer himself had previously associated with the Clintons. One project required gathering Libya-related intelligence along with former journalist and Clinton advisor Sidney Blumenthal, who emailed their findings to then Secretary Clinton. The 2013 release of Blumenthal’s hacked emails first made public her use of a private email server.

The Trump-Russia project followed a similar pattern as it coursed through the Clinton circle. Blumenthal passed Shearer’s reporting to Jonathan Winer, a State Department official who’d previously served in Foggy Bottom during the Bill Clinton administration and was special envoy to Libya in Kerry’s State Department.

According to an article Winer wrote in February 2018, he in turn shared Shearer’s report with Steele, a business associate who had previously given him his own Trump-Russia memos.

In a February 2018 letter referring Steele to the DOJ for a criminal investigation, Sens. Grassley and Lindsey Graham expressed dismay that the Clinton circle exerted such influence throughout the US government.

“It is troubling enough that the Clinton campaign funded Mr. Steele’s work,” the two Republican lawmakers wrote, “but that these Clinton associates were contemporaneously feeding Mr. Steele allegations raises additional concerns about his credibility.”

The report Steele handed over to the FBI was one of two Shearer compiled. The other, reviewed by Just The News, is titled “Donald Trump—Background Notes—The Compromised Candidate.”

The second Shearer memo, which has not been officially released, recounted a number of interviews, including one with a Wall Street Journal reporter who told him that the Democratic National Committee had hired Fusion GPS principals Glenn Simpson and Peter Fritsch to track down the “Trump-compromised story.” This Shearer report, disclosing the Clinton campaign’s funding of Trump-Russia research, appears not to have been passed through to the FBI. Otherwise, it would have given evidence of a politically generated federal investigation.

In this second report, Shearer related his meeting with a Turkish businessman who claims to have “excellent contacts within the FSB” and allegedly contacts an FSB agent who confirms that his agency had “compromised” Trump. It is not clear if this is the same supposed FSB agent quoted in first Shearer dossier released by the Senate.

This second report also sheds light on the chronology of the Clinton campaign’s attempts to vilify Trump as a Russian agent. According to handwritten notes of former CIA director John Brennan declassified in October, he warned Obama in July 2016 that Clinton had greenlighted the Trump-Russia project in late July. The second Shearer memo is part of the evidence the anti-Trump operation began several months prior.

Shearer’s second memo also mentioned interviewing former CIA officer Robert Baer, who two years ago told a reporter that Shearer had first spoken with him about Trump-Russia matters in March-April 2016. This is the period in which the Clinton campaign hired Fusion GPS to compile Russia-related information on Trump.

The undisclosed Shearer memo also sheds light on the origins of press stories advancing the Trump-Russia narrative. Shearer reported Baer saying that “the Russians had established an encrypted communication system with a cut out between the Trump campaign and Putin.”

Baer appears to be referring to an inchoate version of the story claiming that Trump Organization computer servers were in communication with those of Alfa Bank, owned by Russian nationals. Baer told a reporter in April 2018 that “he’d heard that story from acquaintances at the New York Times who were trying to run the story down.” In summer 2016, Clinton campaign lawyers and contractors urged the FBI and press to pursue the Alfa Bank story, first reported in Slate a week before the 2016 election and quickly challenged by computer experts.

Former ABC broadcast journalist Brian Ross is also quoted in Shearer’s undisclosed report. “Brian told me that he had been told that Trump had been compromised sexually in Moscow right before the beauty contest he was hosting,” Shearer wrote. “He told me that if one could provide a talking head source he would fly to Moscow to tape and air for broadcast.”

Ross told Just The News in a phone call that was Shearer was in fact pitching him with a story. “He said he had information and asked if we would be interested. And I said, if it checks out, sure. But he never followed up.”

The documents released last week represent Johnson’s and Grassley’s ongoing efforts to exercise congressional oversight on executive branch agencies. “There’s a lot of documents dealing with Crossfire Hurricane that hasn’t been released because we haven’t had cooperation from the agencies,” Johnson told Just The News. “They know where the information is hidden and are keeping it hidden. I don’t think we’ve gotten anything we’ve requested from CIA.”

Johnson said that the agencies’ efforts in concealing Democratic Party attempts to sabotage a Republican administration is more than just partisan politics.“There’s something going on in this country, and people don’t quite understand it yet,” the senator said. “But it puts our freedoms at risk, and undermines the foundations of our democratic republic.” 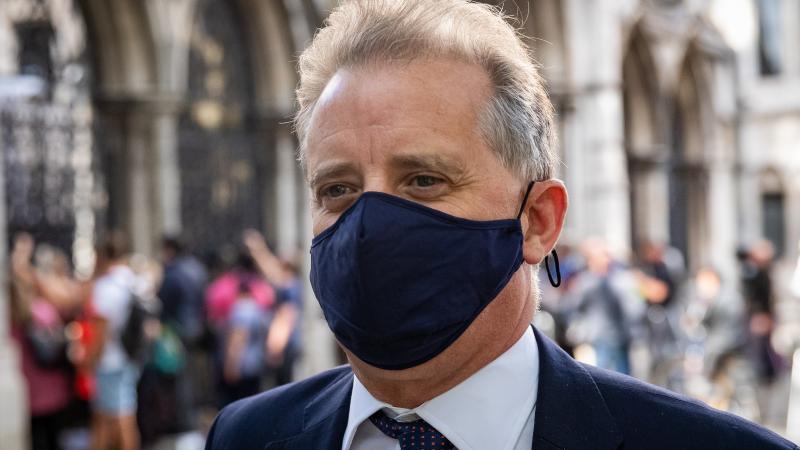 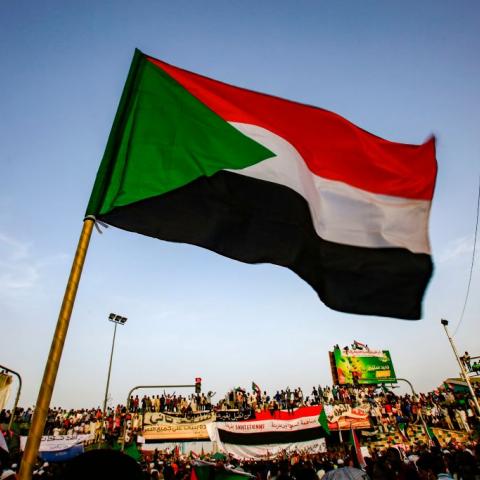 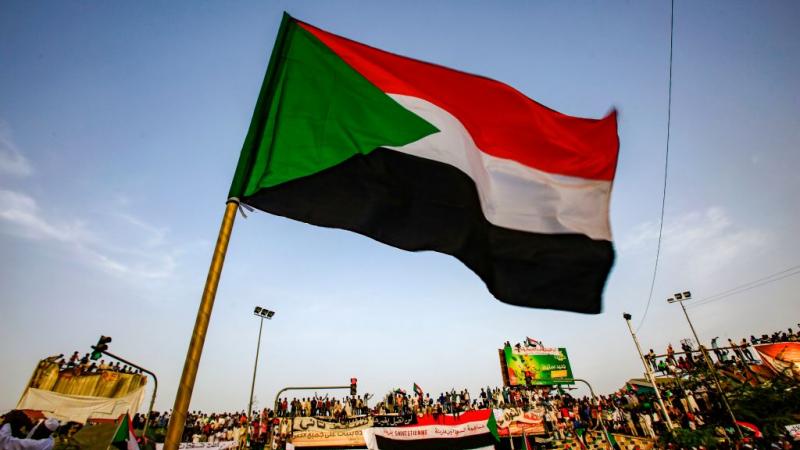