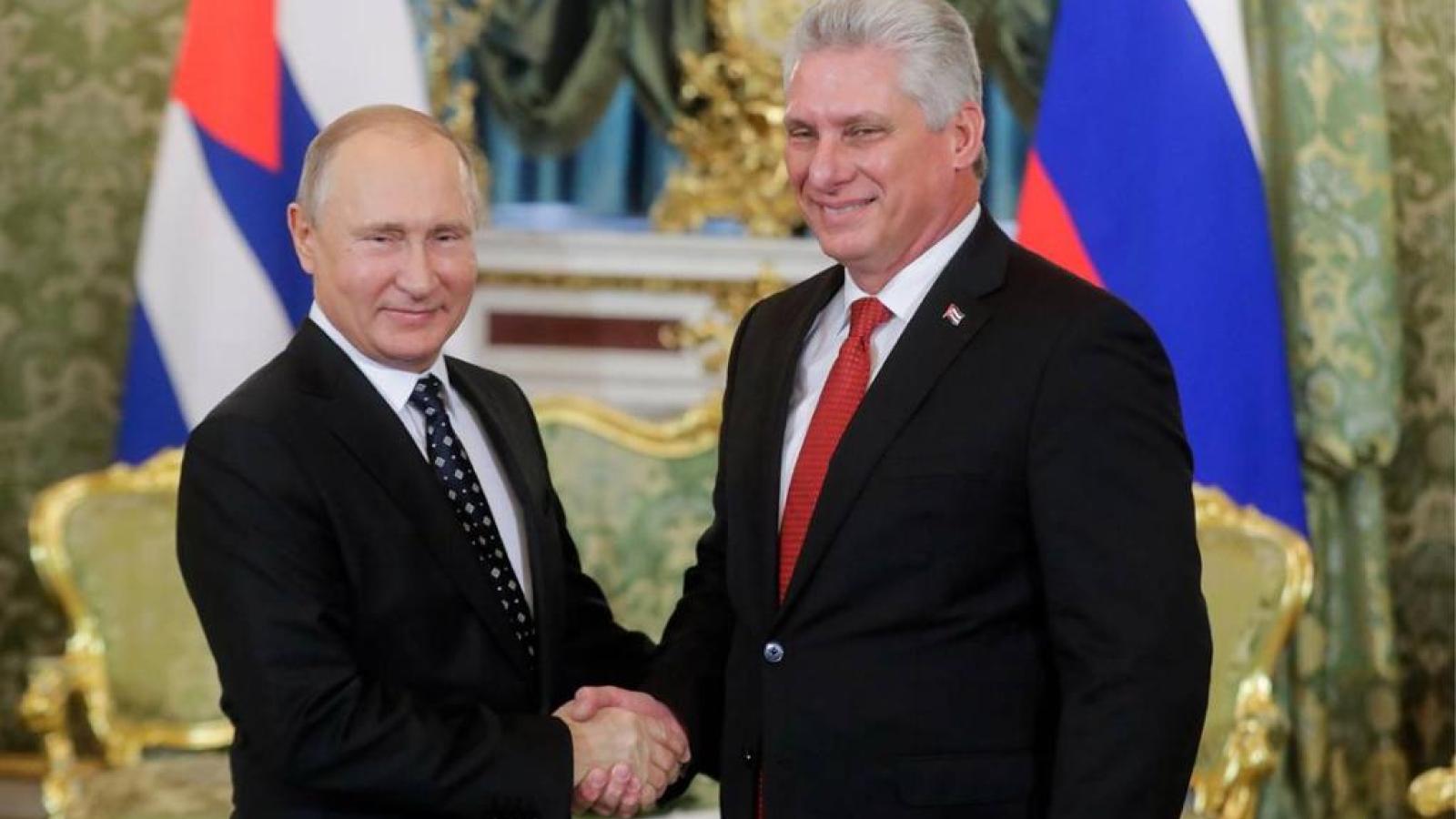 Tensions in Europe are already heightened as Russia has begun military exercises near Ukraine and stationed about 100,000 troops along the border. President Joe Biden continues to threaten sanctions if Russia invades Ukraine. Possible Russian involvement in Latin America could literally bring the issue closer to home for the United States.

"President Putin held recent telephone conversations with his colleagues from these three governments, with whom we are very close and friendly, and they agreed to look at further ways to deepen our strategic partnership in all areas, with no exceptions," Lavrov told colleagues outside of Russian parliament.

He stressed that the Kremlin already works closely with Cuba, Venezuela and Nicaragua in various areas, "including military and military-technical."

Lavrov was asked about increased military cooperation with the three Latin American countries, RT reports. He responded that "for the immediate future, we are counting on regular meetings of the corresponding committees."

Deputy Foreign Minister Sergey Ryabkov earlier this month reportedly did not rule out the possibility of sending Russian troops to the Western Hemisphere. "It's the American style to have several options for its foreign and military policy," he said, according to RT. "That's the cornerstone of that country’s powerful influence in the world."

Putin spoke with Cuban leader Miguel Diaz-Canel Bermudez on Monday over the phone. Diaz-Canel called the conversation "cordial and fruitful."

The Kremlin released statements on the conversation with Diaz-Canel, as well as press releases last week on talks with Nicaraguan leader Daniel Ortega and Venezuelan leader Nicholas Maduro.

The statement from Lavrov is the first confirmation from the Kremlin that Putin discussed military cooperation with the Latin American countries. The three statements from Putin's office simply said Russia plans on cooperating in various areas with the countries.

In another concerning area for the Untied States, Iranian leader Sayyid Ebrahim Raisi went to Russia last week to meet with Putin. A partial meeting transcript shows that Raisi asked Putin to "develop a new level of cooperation" in various areas, including "technology, the defence and military areas, security and aviation and space."