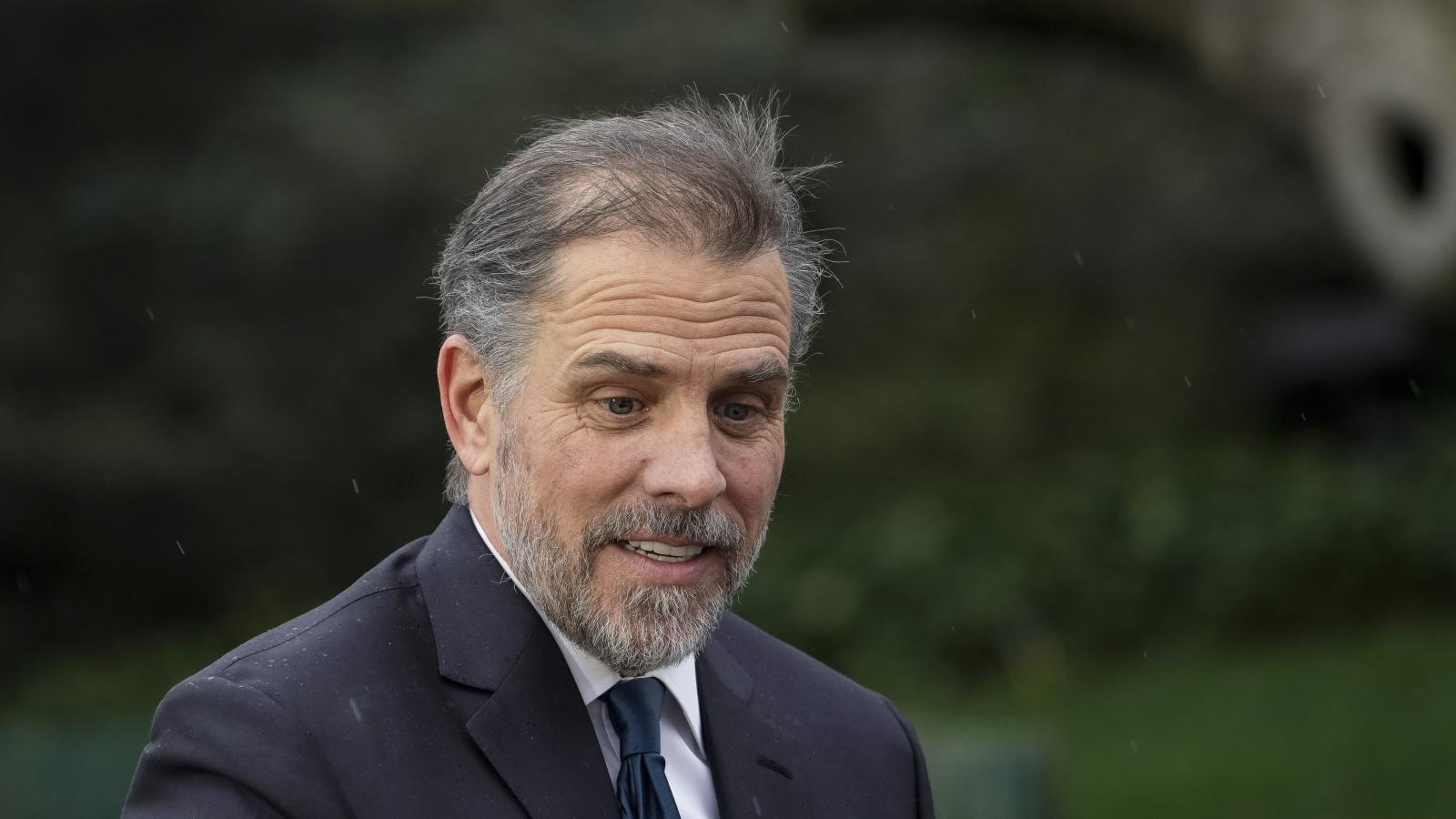 As his father was ramping up his 2020 presidential run, Hunter Biden was busy texting a woman with a Russian email address about finding a way to evade bank suspicions so they could complete a wire transfer.

"Too much red flag for bank," Hunter Biden texted another time when wire coordinates for the payment to the woman were sent. "That its [sic] what got my accounts frozen and reviewed by bank. Send me Julia and I will give her the cash."

The text messages — first reported in the news media and now recounted in an official letter from Congress to DOJ — raise a tantalizing question: Should Americans be concerned that a presidential son was texting and exchanging wire transfers with alleged prostitutes using a Russian email address?

Sens. Ron Johnson and Chuck Grassley, two Republicans who have spent more time than any investigating the Biden family's overseas business dealings, believe the answer is a resounding "Yes."

"These findings of potentially criminal behavior must be thoroughly investigated by law enforcement entities according to the highest ethical standards," the senators wrote this week to Attorney General Merrick Garland, FBI Director Chris Wray and U.S. Attorney for Delaware David Weiss in a letter pleading for action.

The letter provided a pointed reminder that Hunter Biden was aware banks had suspicions he was engaged in wrongdoing, flagging his accounts for reviews, and was in his own words trying to evade those suspicions.

Johnson and Grassley have disclosed that dozens of financial transactions involving the president's son and his business deals were flagged to the U.S. Treasury Department by banks that filed Suspicious Activity Reports.

Just the News has confirmed that one former executive of a bank has filed a whistleblower complaint to the IRS and Securities and Exchange Commissioner suggesting there is far more to the Hunter Biden story than what is public.

And documents obtained by Just the News show Hunter Biden was warned repeatedly starting in 2016 that he had failed to pay taxes on money he had earned from one of his more controversial business clients, the Ukrainian energy company Burisma Holdings.

It a picture now well documented in the public but frequently blacked out by a Democrat-led Congress and news media unwilling to ask the hard questions, Grassley and Johnson argue in their letter.

"Rather than take these disturbing revelations seriously, the partisan press quickly rushed to dispel any notion of potential wrongdoing connected to Hunter Biden," they wrote. "Instead of investigating potential links between Hunter Biden and human trafficking rings, the media falsely characterized our findings as little more than a rehashing of unproven allegations that echoed a Russian disinformation campaign."

At first blush, the letter might seem like an exasperated plea for investigation and a complaint that DOJ hasn't answered GOP lawmakers. But it is also a reminder that the dynamics in Washington  may soon change if Republicans win back control of Congress and its investigative committees and have the power of subpoena.

"Due to your agencies' continued failure to provide Congress with answers to its legitimate oversight questions, we have serious concerns about your review of this matter as well as the ongoing Hunter Biden criminal case," Grassley and Johnson wrote.

"What is the Justice Department trying to hide from Congress and the American people?" they asked.

The senators said their concerns included questions about ethical conflicts of interest with some of the law enforcement officials involved in investigating or supervising the Hunter Biden probe, which began in late 2018 and is focused on issues that include money laundering, unpaid taxes and influence peddling.

"Most recently, on May 9, 2022, we wrote to U.S. Attorney (USA) David Weiss with respect to our concerns about conflicts of interest infecting the criminal investigation," they told Garland in the new letter, dated Thursday.

"In that letter, we reiterated our concerns about [Deputy Assistant Attorney General] Nicholas McQuaid's conflicts with the Hunter Biden criminal case in light of his prior working relationship with Hunter Biden's criminal defense attorney.

"We also asked USA Weiss whether, in light of the Biden family's connections in Delaware, anyone in his office is recused from the matter. To date, the Biden administration has refused to answer whether there have been any recusals from the Hunter Biden criminal case based on conflicts of interest or other reasons."

Johnson and Grassley conducted an extensive investigation for years into Hunter Biden's overseas business dealings, concluding they posed serious conflicts of interests and national security concerns that potentially compromised his father's dealings with countries like Russia, China and Ukraine.

They also made public Suspicious Activity Reports from banks to the government flagging certain Hunter Biden-tied transactions for possible money laundering, including payments to Russian and Ukrainian women tied to a suspected sex trafficking operation.

The senators said in their new letter that recent allegations suggesting Joe Biden sent some money to his son that was then redirected to pay for prostitution further heightens their concerns.

"In our September 2020 report," they wrote, "we noted that records in our possession indicated that 'Hunter Biden paid nonresident women in the United States who are citizens of Russia and Ukraine' and that some transactions are linked to what appears to be an Eastern European prostitution or human trafficking ring."

The senators demanded that Garland, Wray and Weiss answer a half dozen questions including whether the FBI is "investigating Hunter Biden for criminal violations relating to his reported use of escorts linked to human trafficking rings" and whether the U.S. government has "defensively briefed Hunter Biden for counterintelligence concerns raised by his close financial associations with individuals linked to the communist Chinese government and other foreign nations."