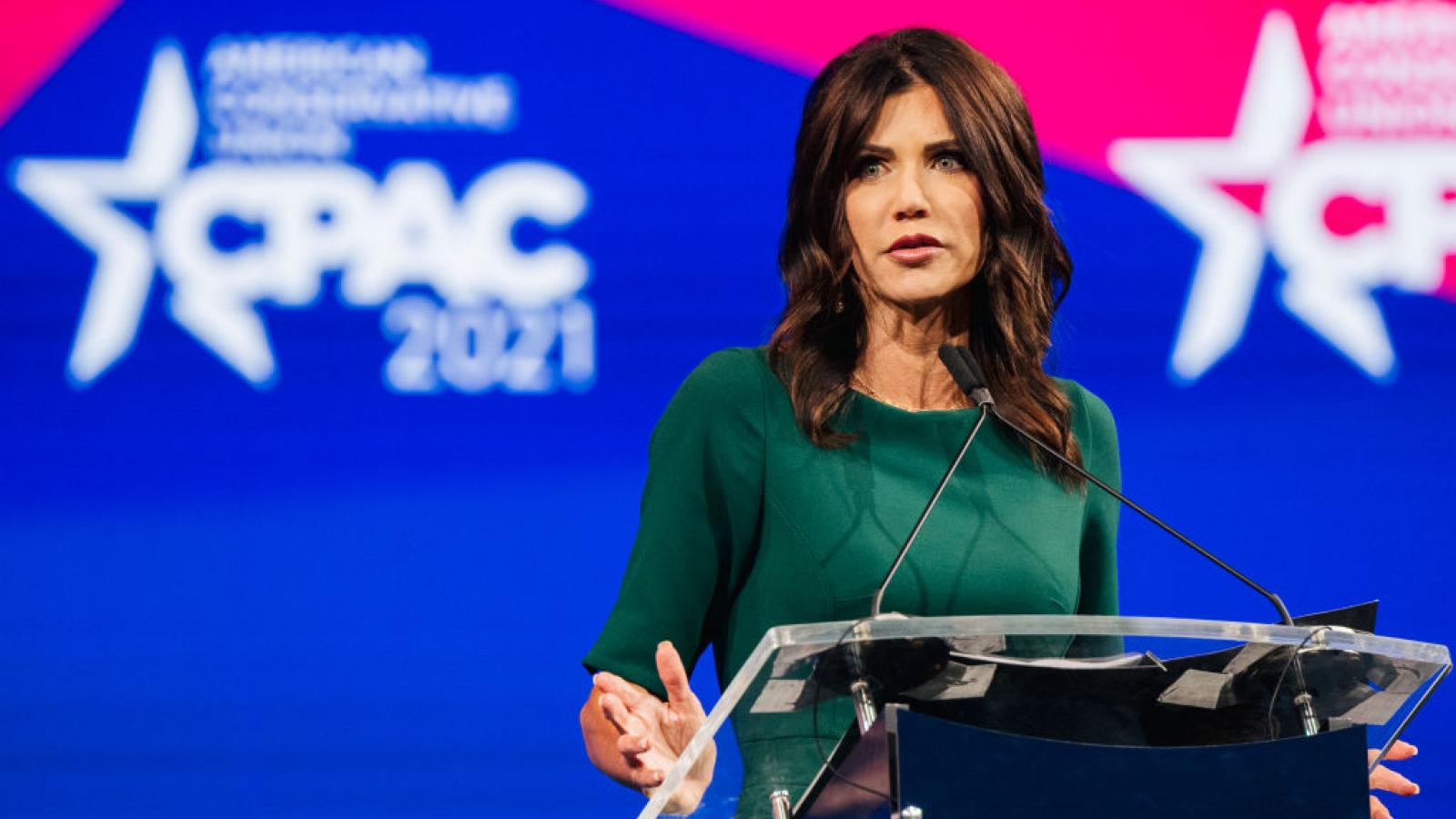 According to the Associated Press, Attorney General Jason Ravnsborg is looking into a meeting Noem held with a state employee concerning her daughter's real estate license rejection. The state employee was tasked with overseeing the application process for Noem's daughter, Kassidy Peters.

Bren subsequently reported the secretary's actions but was allegedly given a $200,000 payment following the complaint being dropped.

In a statement, Ravnsborg said he had been "contacted by concerned citizens and legislators."

"I am actively reviewing their concerns, and I will be following the steps prescribed in codified law in relation to those questions," he continued.

Noem has denied the allegations, telling Fox News that "the media is trying to destroy my children."