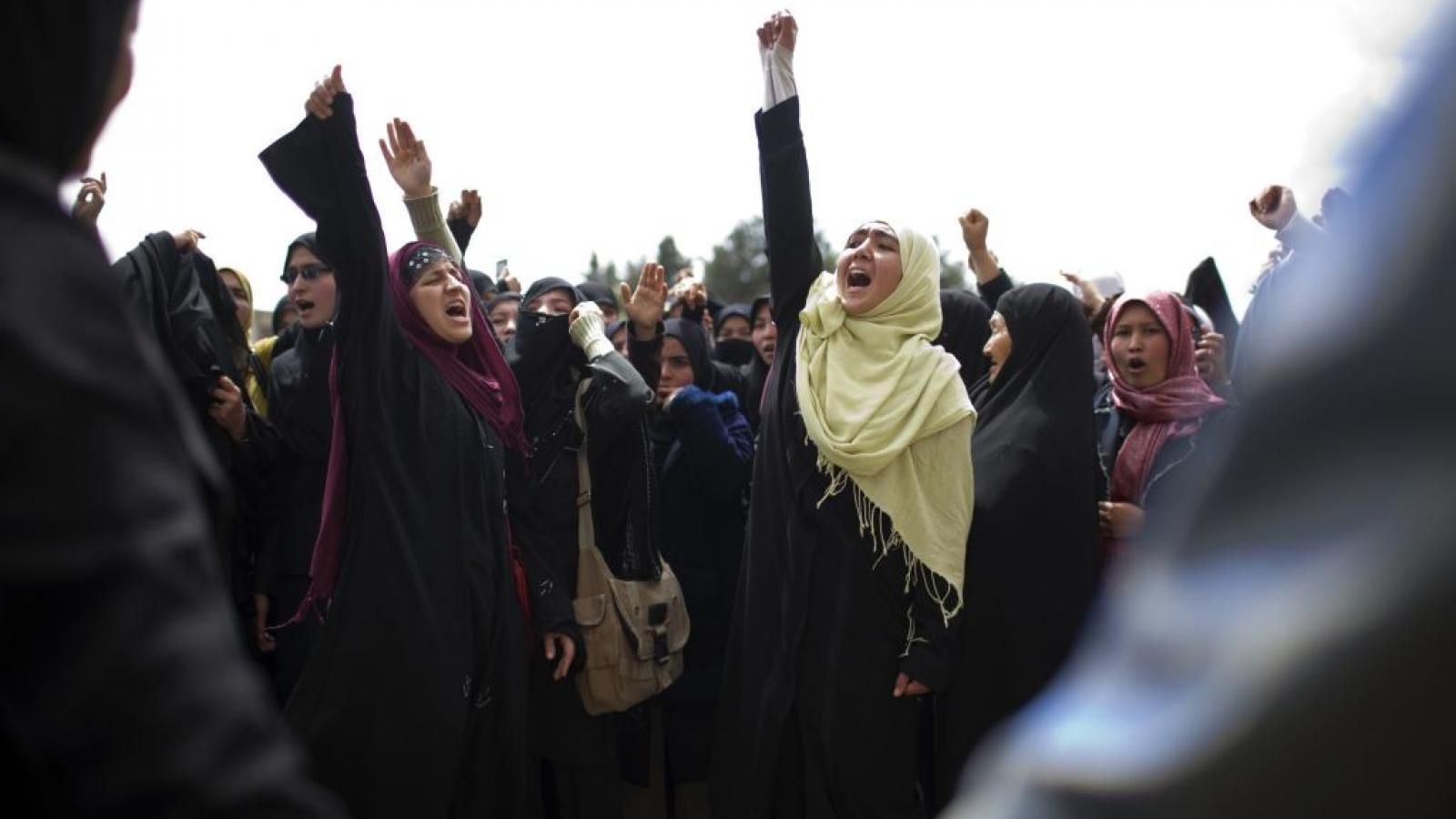 A protest for women's rights in Kabul, Afghanistan ended in chaos on Saturday as Taliban special forces confronted the women, started shooting their weapons in the air and ran toward the women, putting an end to the demonstration.

The approximately 100 women had marched peacefully to the Ministry of Defense, according to The Associated Press, where they placed a wreath to honor the memory of the Afghan soldiers who died fighting Taliban members.

Before firing their weapons in the air, which effectively ended the demonstration, members of the Taliban addressed the protesters, telling them that they would give them their rights, though the women were skeptical. According to The Hill, the Taliban said that their rights would be recognized, but under an Islamic framework.

The New York Times had a harsher description of the Taliban’s response to Saturday's protest. Under the headline, "Taliban Fighters Crush a Women's Protest Amid Flickers of Resistance," the Times reported that "The women were assaulted with rifle butts, tear gas and metal clubs…"

"I want to see if women are able to sing on stage without a scarf. I want to know if a man or woman can stand next to each other and sing on TV. I want to see women play at the soccer stadium. That is the level of freedom I want in that country if I want to live under their flag," one Afghan woman told The Hill.

A 24-year-old university student, Farhat Popalzai, said "she wanted to be the voice of Afghanistan's voiceless women, those too afraid to come out on the street," according to the AP.

"I am the voice of the women who are unable to speak." she said. "They think this is a man's country but it is not, it is a woman's country too."