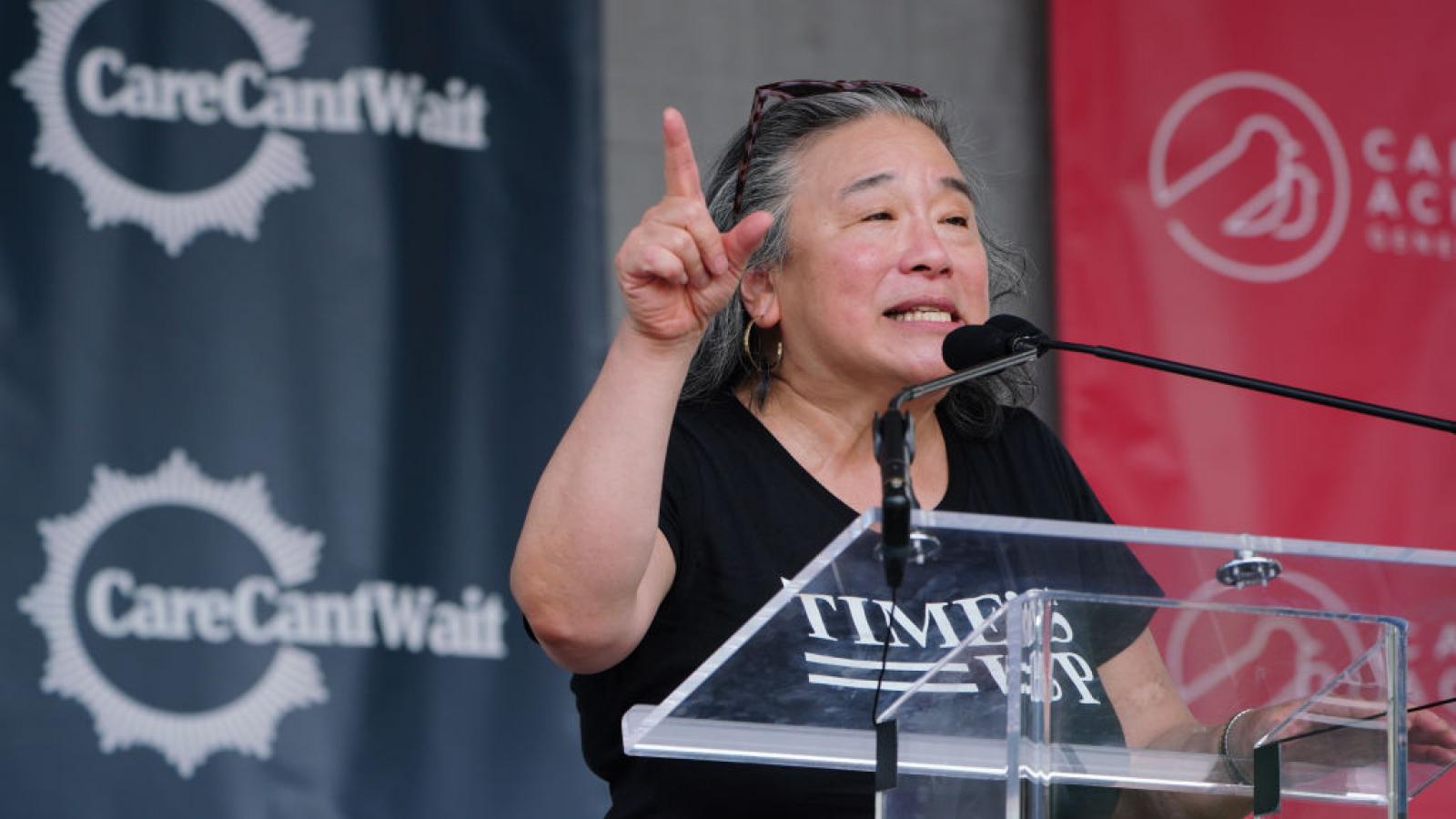 ​​TIMES UP CEO Tina Tchen has resigned from her leadership post at the women's rights group amid backlash over its connection to former New York Democratic Gov. Andrew Cuomo's sexual harassment scandal.

"Now is the time for TIME'S UP to evolve and move forward as there is so much more work to do for women," Tchen tweeted Thursday. "It is clear that I am not the leader who can accomplish that in this moment."

The nonprofit's stated mission is to "create a society free of gender-based discrimination in the workplace and beyond."

The group was started about three years ago, at about the same time as the #MeToo movement – in which allegations of sexual abuse, sexual harassment and other misconduct are publicize – came into prominence.

Tchen also said she was "especially aware" that her leadership of the group had become "a painful and divisive focal point, where those very women and other activists who should be working together to fight for change are instead battling each other in harmful ways. Therefore, it is time for me to resign."

Tchen's resignation follows a published report that she had asked colleagues to "stand down" from a plan to release a statement in support of Cuomo's first accuser, Lindsey Boylan, after people connected to TIME'S UP met with Melissa DeRosa, Cuomo's top aide at the time, according to CNN.

Cuomo resigned after the release of state attorney general report that found he had sexually harassed 11 women, including Boylan.

Tchen is the second high-level TIME'S UP official to resign in recent weeks. Board co-chairperson Roberta Kaplan resigned earlier this month following revelations she had reviewed a draft of a letter questioning Boylan's character, CNN also reports.