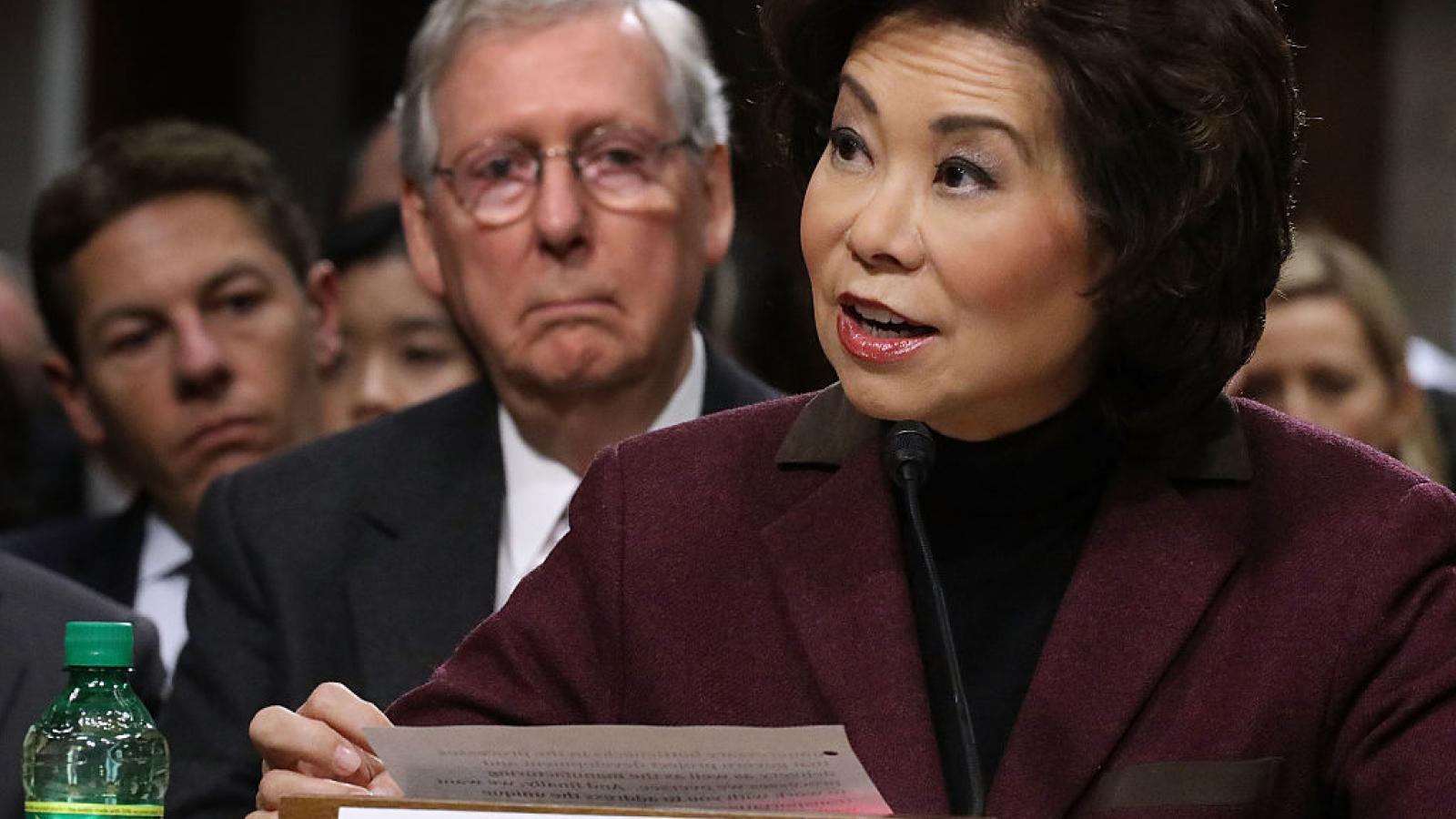 During her tenure as transportation secretary in the Trump administration, Elaine Chao utilized office staff to assist relatives who operate a shipping business with connections to China, a Department of Transportation inspector general report indicates, according to the New York Times.

While the watchdog referred the issue to the Department of Justice in December for a potential criminal investigation, two DOJ divisions during the waning weeks of the Trump administration declined, according to the outlet.

According to the Times, the report indicated that the DOJ informed the watchdog "there may be ethical and/or administrative issues to address but there is not predication to open a criminal investigation." The IG closed its probe but referred the matter to the Transportation Department general counsel "for any action it deems appropriate."

A public relations firm representing Chao issued a statement that claimed the report exonerates Chao: "This report exonerates the secretary from baseless accusations and closes the book on an election-year effort to impugn her history-making career as the first Asian-American woman appointed to a president's cabinet and her outstanding record as the longest tenured cabinet member since World War II," the statement said, according to the Times.

Chao is the wife of Sen. Mitch McConnell of Kentucky.