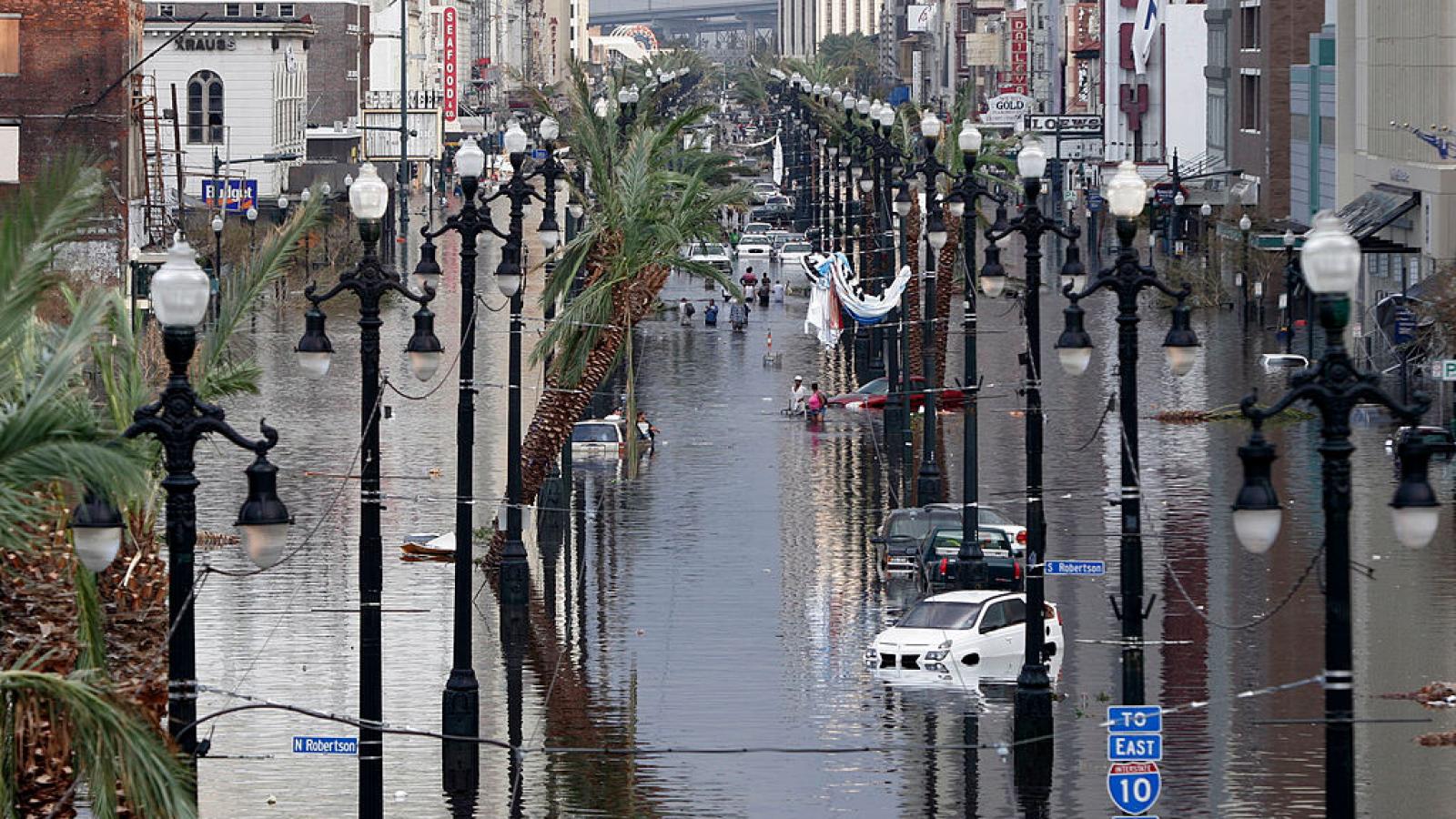 Hurricane Ida mercilessly lashed the Louisiana coast Sunday with Category 4 winds in excess of 150 miles per hour, leaving all of New Orleans without power 16 years to the day that Katrina devastated the region.

City officials were watching closely the levee system around New Orleans, which was reinforced after the deadly hurricane in 2005 but was straining under enormous storm surge and heavy rains.

At least 1 million customers in Louisiana were reported without power and one person was killed by a falling tree in the Baton Rouge suburbs, authorities said.

Ida’s 150-mph winds tied it for the fifth-strongest hurricane to ever hit America’s mainland. By Sunday evening it had dropped to a Category 2 storm with maximum winds of 90 mph as it marched inland.

The fierce storm shutdown critical oil and gas drilling and refining in the Gulf of Mexico and darkened the entire electrical grid in New Orleans by nightfall. The city declared it had suffered catastrophic damage to its transmission systems.

"This is a major, major storm that is going to test us in ways that we have not been tested before," Gov. John Bel Edwards of Louisiana said on CBS's "Face the Nation" on Sunday.

President Joe Biden sign disaster declarations for both Louisiana and Mississippi in an effort to speed rescue and recovery efforts.

The storm was so powerful that it tore roofs from buildings in the port of New Orleans, and even forced water flows to go in reverse on the Mississippi River.