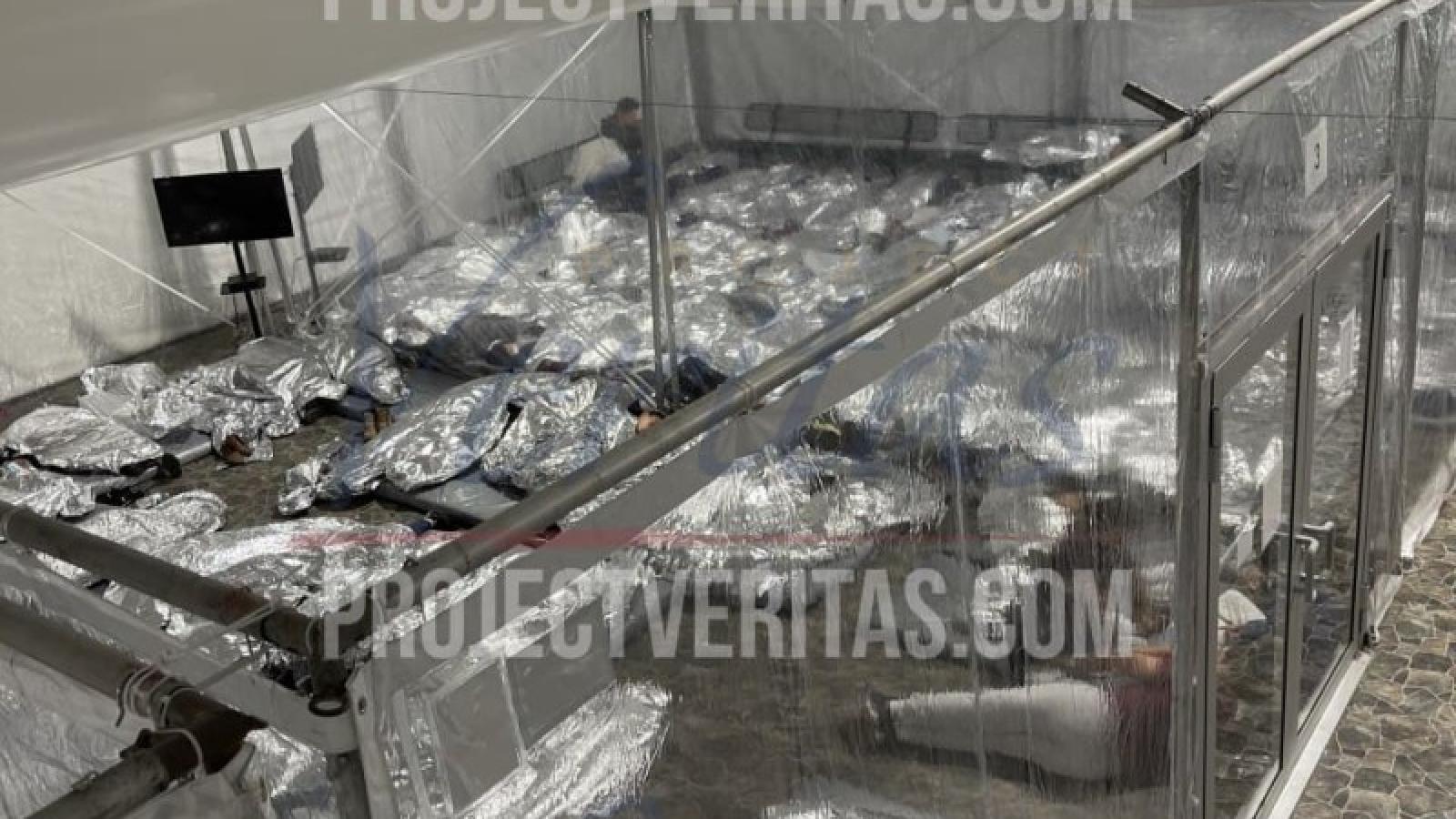 As the U.S. faces a surge of migrants along its southern border, photos show people being held at an overflow facility in Donna, Texas.

Axios reported that Rep. Henry Cuellar of Texas had provided the outlet with photos of the facility — though he did not capture the images or tour the facility, the Democratic lawmaker said the images were captured over the weekend.

"Each of eight 'pods' in the so-called soft-sided facility has a 260-person occupancy, said Rep. Henry Cuellar (D-Texas), who provided the photos to Axios to raise awareness about the situation," the outlet reported. "But as of Sunday, he said, one pod held more than 400 unaccompanied male minors."

Photos of the Donna, Texas facility have also been made public by Project Veritas: "These photos were taken within the last few days. There are eight pods with eight cells each in the facility. At any given moment there are an average of 3,000 people in custody here,” a source told the organization. "They [illegal immigrants] are separated by age or physical size depending on room. Fifty were COVID positive in these cells over the last few days. There have been multiple sexual assaults, normal assaults and daily medical emergencies."

Secretary of Homeland Security Alejandro Mayorkas fielded questions during an interview on Fox News Sunday about the Biden Administration preventing the press from viewing facilities housing migrants who are minors.

"Number one, let's not forget that we're in the midst of a pandemic. And we are focused on our operations, executing our operations in a crowded border patrol facility where hundreds of vulnerable migrant children are located, number one. And number two, we're working on providing footage so that the American public can see the Border Patrol stations. And I would encourage you and other reporters to see the facilities under the control of the Health and Human Services Department, where those children are sheltered, and where they belong and where we are moving them as quickly as possible," Mayorkas said.

Host Chris Wallace pressed the issue of press access and Mayorkas responded: "Chris, we're working on providing access so that individuals will be able to see what the conditions in a Border Patrol station are like. But first things first, we are in the midst of a pandemic and we're focused on operations and executing on our plans, that's our highest priority. But we are providing for that access. And certainly reporters can see the Department of Health and Human Services facilities in which children are sheltered for a longer period of time."