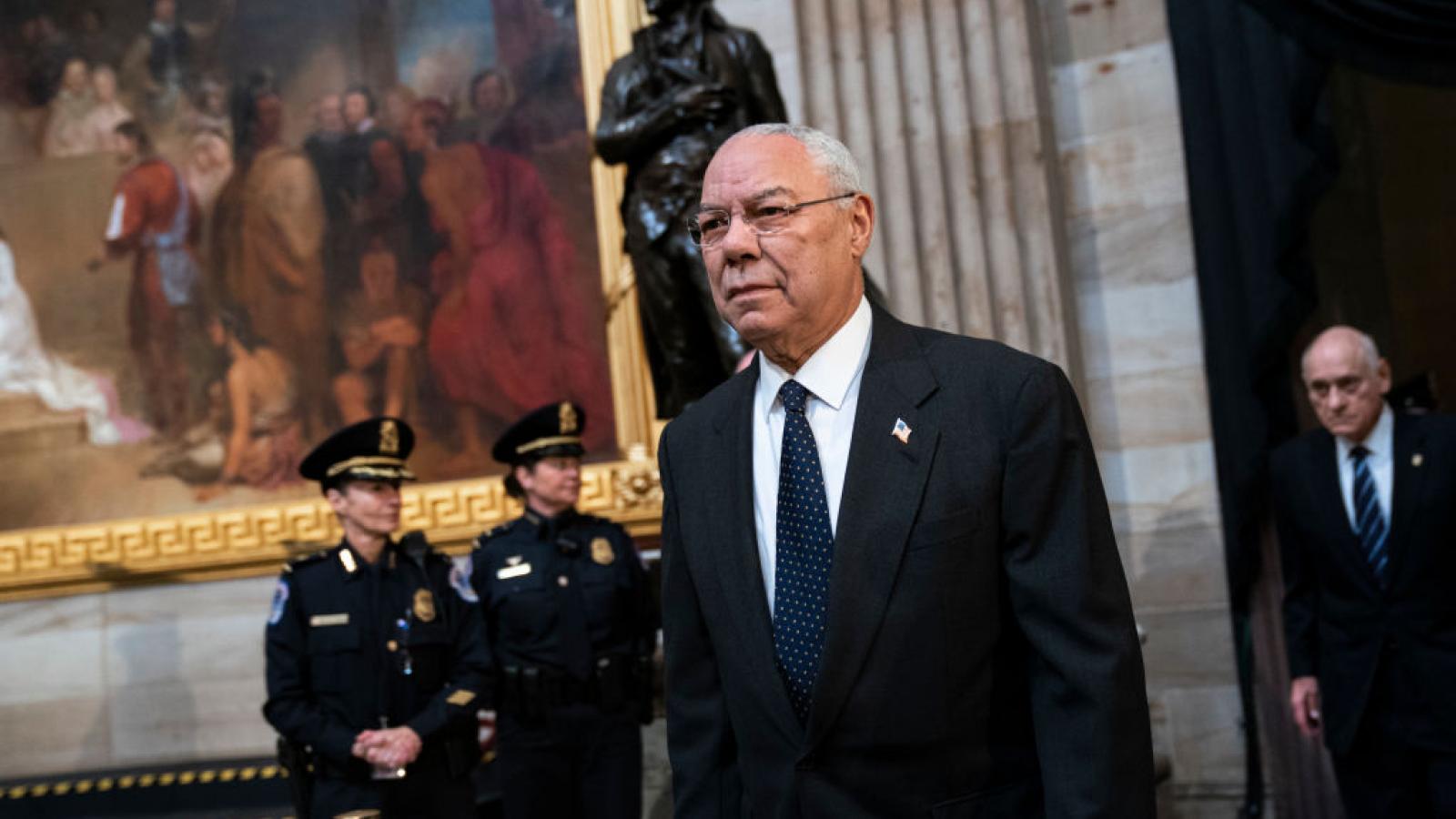 Former Secretary of State Colin Powell died Monday morning due to complications from COVID-19, according to his family. He was 84. It has also been reported by multiple outlets that Powell was suffering from multiple myeloma, a cancer of the blood that suppresses the body's immune response.

Powell was the first black U.S. secretary of state, serving in the second Bush administration from 2001-2005. From 1989-1993, he served as the chairman of the Joint Chiefs of Staff during the presidency of George H.W. Bush.

He was fully vaccinated, the family said.

"General Colin L. Powell, former U.S. Secretary of State and Chairman of the Joint Chiefs of Staff, passed away this morning due to complications from Covid 19," the Powell family statement reads. "We want to thank the medical staff at Walter Reed National Medical Center for their caring treatment. We have lost a remarkable and loving husband, father, grandfather and a great American."

Powell is survived by wife Alma Vivian Powell and their three children.

Powell was born to Jamaican parents in Harlem, New York, and grew up in the South Bronx. He graduated from City College of New York and joined the military through R.O.T.C. He then completed two decorated combat tours with the newly desegregated Army in Vietnam before heading to Washington, D.C.

Former President George W. Bush released a statement mourning the passing of his family's longtime adviser, writing that Powell "was a great public servant, starting with his time as a solider in Vietnam."

The former president also said Powell had been "such a favorite of Presidents that he earned the Presidential  Medal of Freedom — twice. He was highly respected at home and abroad. And most important, Colin was a family man and a friend."

In 2003, Powell made a case before the United Nations about the Bush administration's rationale for war in Iraq, based upon intelligence about Iraq's weapons of mass destruction program that later proved faulty.

President Biden is expected to release a statement on Powell's death, and the White House has already said it will lower its flags to half staff.

Following his retirement from the military, Powell was courted by both the Republican and Democratic parties to become a presidential contender for their respective tickets. Powell briefly considered the idea of running before deciding in 1995 that a national campaign for office was not something with which he wished to engage.

In the last decade-and-a-half, Powell's view of the Republican Party shifted dramatically, evidenced first when he endorsed then-Democratic nominee Barack Obama during the final weeks of the 2008 election. Since then, Powell endorsed Democrat candidates for the Oval Office over Republicans. Following the Jan. 6 Capitol breach, Powell stated publicly that he no longer considered himself to be a Republican.