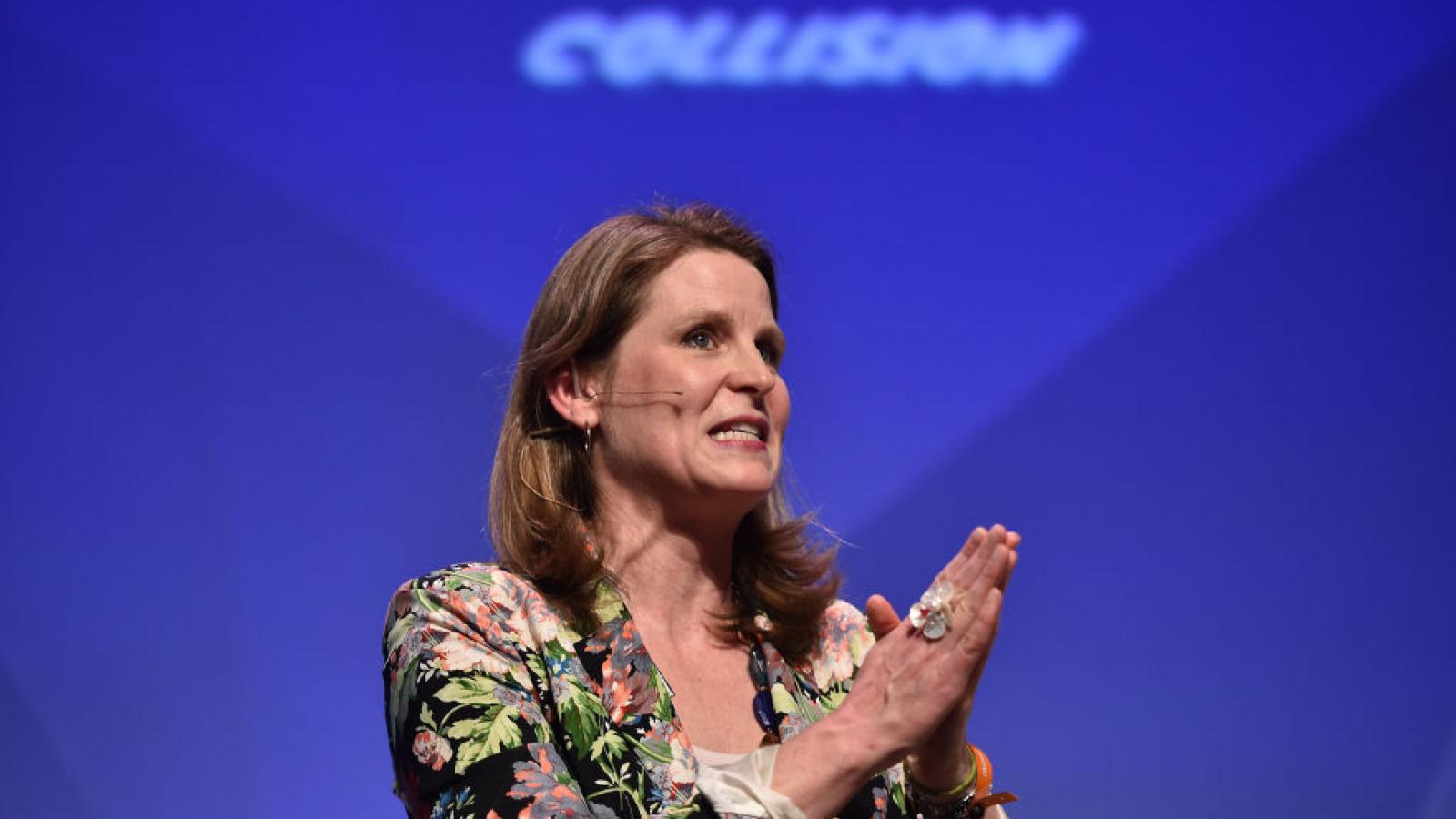 AFL-CIO Secretary-Treasurer Liz Shuler expressed optimism that the Biden administration and the Democrat-led Congress will be able to deliver on passage of $4 trillion in new federal spending that President Biden has proposed related to physical infrastructure and new social safety net programs.

"We are optimistic that we will ultimately get what we need," Shuler said during an online discussion of unionization in the green economy envisaged by Democrats. "We support the American Jobs Plan. We support the American Families Plan. All of those elements are essential so we believe we will get them eventually. We're lobbying very hard for that."

Shuler said the AFL-CIO supports the infrastructure deal the White House reached with a bipartisan group of senators.

"We think it has a lot of sorely needed investment," she said. "We need to get this across the finish line."

John Podesta, founder and chair of the Board of Directors of the Center for American Progress, said his organization supports the White House and congressional leaders linking the bipartisan deal to a budget reconciliation bill, which would be able to pass without GOP votes.

"We at the Center for American Progress believe that the original Build Back Better plan that the president put forward had really extremely important investments," Podesta said during the discussion, "particularly in the climate space, and in the so-called care economy world, child care and paid leave, elder care, making sure low-wage workers get paid. That's not in this infrastructure bill.

"What we're working hard to say is that unless we get both the Build Back Better package through the reconciliation process and the infrastructure bill that's bipartisan, we haven't gotten the job done. So we're very clear that one without the other is not building the promise of creating a just economic future."

Biden initially said he would veto a bipartisan infrastructure bill without passage of a partisan reconciliation bill but later walked back that position. House Speaker Nancy Pelosi and Senate Majority Leader Chuck Schumer have not said if they would allow a vote on the bipartisan infrastructure bill without a reconciliation bill.

Shuler said union members are "mobilizing right now on the ground" for passage of Biden's full Build Back Better agenda. The AFL-CIO's political donations favored Democrats over Republicans by 85%-15% in the 2020 election cycle, according to Open Secrets.

"The investment in our social infrastructure is needed now more than ever," Shuler said. "The pandemic exposed the cracks in our country's social safety net. We know it's woefully inadequate."

Shuler praised Biden for doing a "masterful job aligning his cabinet secretaries in this messaging" about creating union jobs with taxpayer-funded infrastructure projects.

"Every news report I hear, it's always about creating good union jobs, and people need to hear that," she said.

Podesta mentioned Biden's goal of reaching net-zero greenhouse gas emissions by 2050 and asked Shuler about the process of transitioning the U.S. to an economy based on renewable energy.

"We need a wide portfolio of technologies," she said. "The targets and timetables are always where workers end up being left behind."

She called for realistic emissions reduction timetables to be set in order to "get the transition right."

She also said the federal government has to work to "establish a robust market" for electric vehicles in the U.S.

"We have to get the president's full agenda passed so that we can get the best outcomes in the transition to EVs [electric vehicles]," Shuler said.