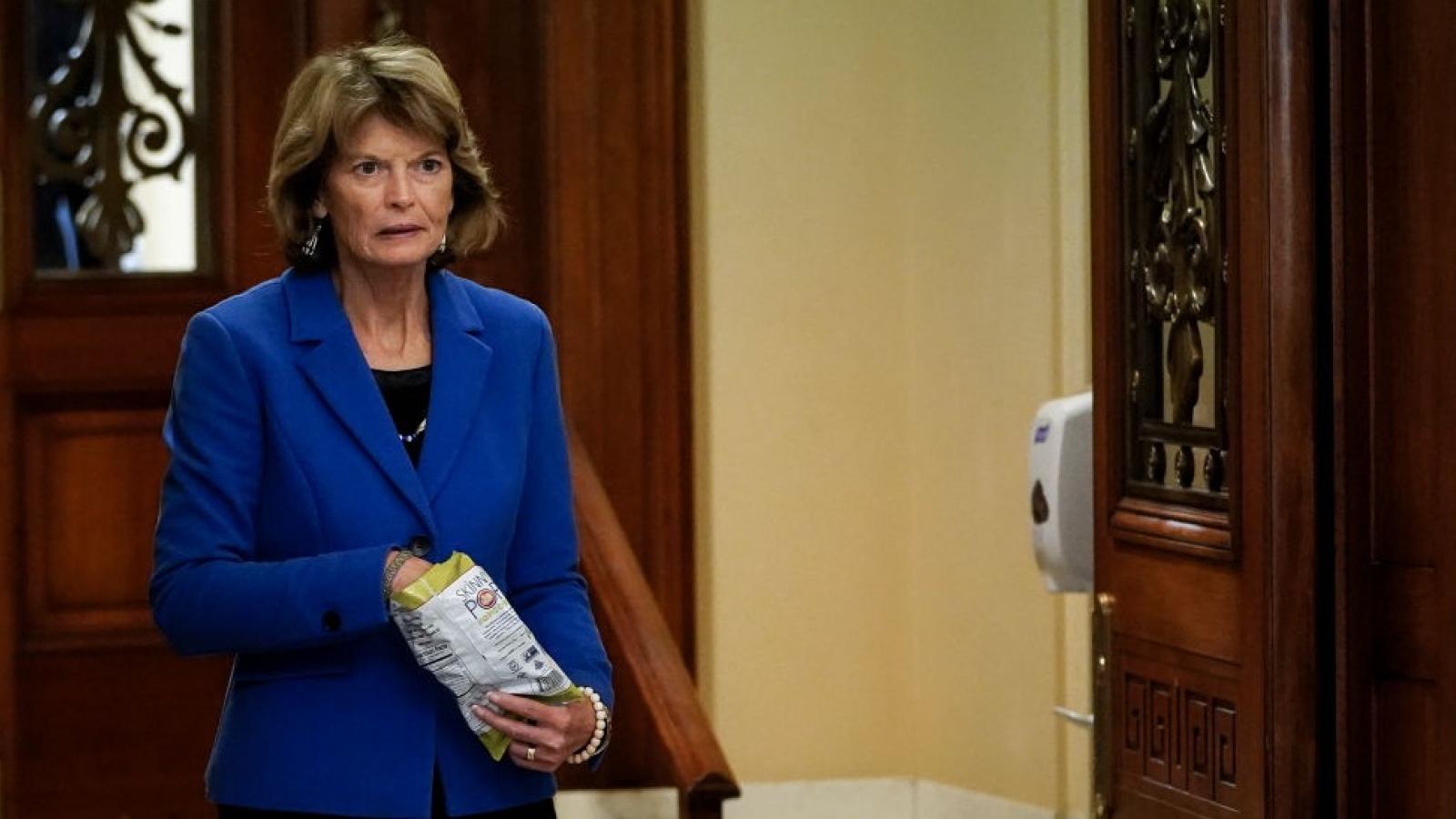 The Alaska GOP Party has a simple request to home state Sen. Lisa Murkowski: Stop calling yourself a Republican.

The state's GOP group voted Saturday to censure the moderate Republican lawmaker, after she voting last month to convict former President Trump at his impeachment trial. Now, they purportedly don't even want her to identify as a member of the GOP.

"The party does not want Lisa Murkowski to be a Republican candidate," say Tuckerman Babcock, immediate past chairman of the state party.

The vote to censure Murkowski was 53-17 at meeting in Anchorage, according to several news reports.

But Babcock said votes "went further than censure." He says they also "directed the party officials to recruit an opponent in the election and to the extent legally permissible, prevent Lisa Murkowski from running as a Republican in any election."

“No more money for RINOS,” Trump said in statement released by his Save America political action committee. “They do nothing but hurt the Republican Party and our great voting base – they will never lead us to Greatness.”

And Trump took direct aim at Murkowski – vowing to travel across the country from Florida to campaign against her.

"I will not be endorsing, under any circumstances, the failed candidate from the great State of Alaska, Lisa Murkowski. She represents her state badly and her country even worse. I do not know where other people will be next year, but I know where I will be – in Alaska campaigning against a disloyal and very bad Senator," Trump said in a statement March 6.

Trump on Thursday dined at Mar-a-Lago with National Republican Senatorial Committee Chairman Sen. Rick Scott, R-Fla., and reportedly discussed candidate recruitment with the former president and tried to get Trump's support for certain incumbents in 2022, according to Politico.

Trump "did not budge" on his opposition to Murkowski  the source told the liberal-leaning political news site. "But Scott mainly wanted Trump’s take on finding the best candidates for the midterms and how they can team up," according to the report.

Murkowski has been in the Senate since 2002, when her father, former U.S. Sen. Frank Murkowski, chose her to serve out his unexpired term after he was elected governor.