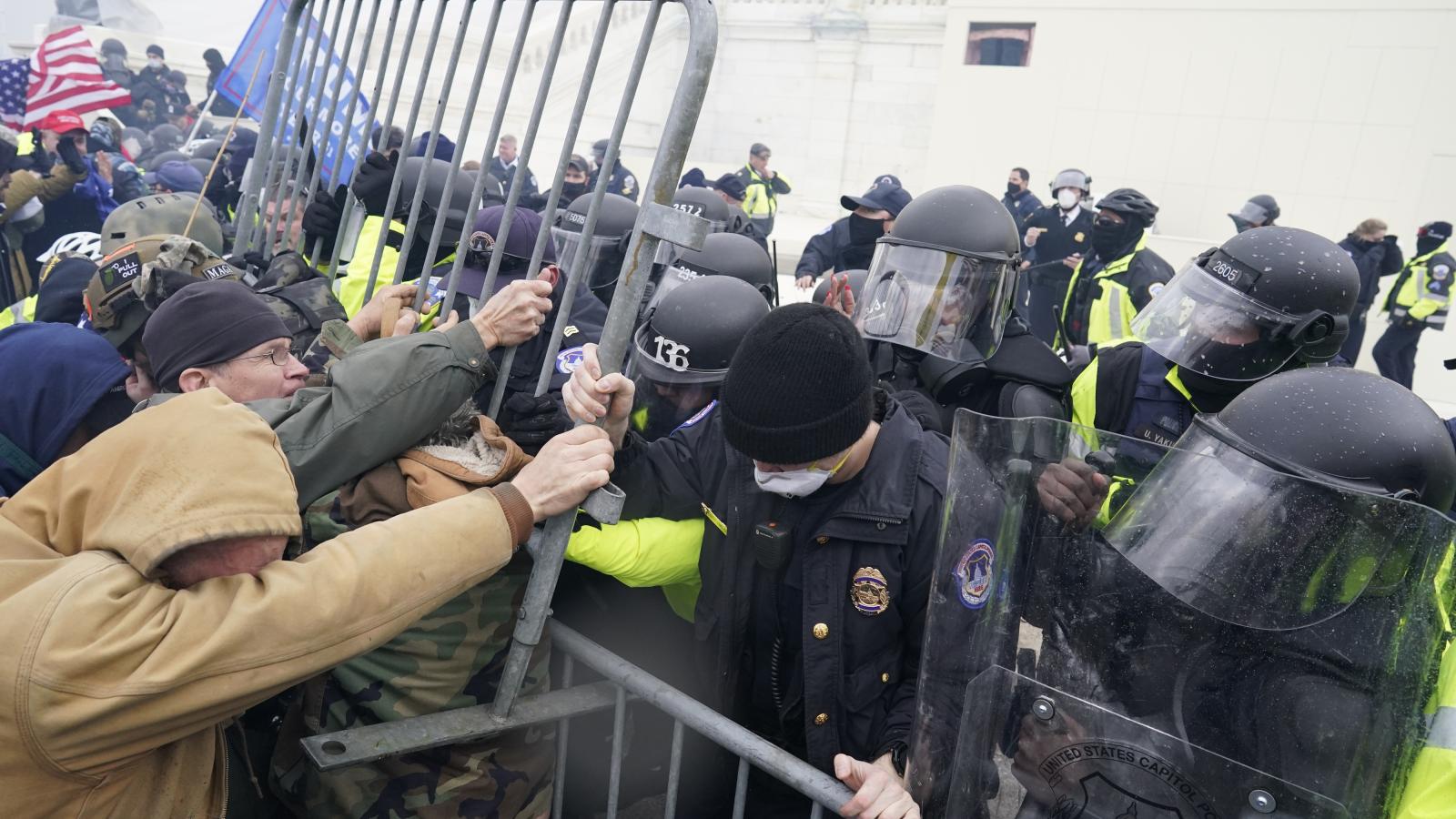 Rep. Alexandria Ocasio-Cortez (D-N.Y.) accused U.S. Capitol Police officers of "opening the doors wide open" for Jan. 6 rioters and said anyone who works in the Capitol is "not safe."

"There were actual officers working with this, and we never got to the bottom of that," Ocasio-Cortez said while clapping her hands for emphasis while discussing the Jan. 6 Capitol riot. "We never got any answers about that and to this day, we're supposed to pretend that this never happened?"

She told reporter Pablo Manríquez of Latino Rebels on Wednesday, "I have no idea what happened to the people on the inside who were very clearly sympathetic with what was going on and opening the doors wide open for that and we're– I'm supposed to sit here and pretend like none of that ever happened."

Ocasio-Cortez went on to criticize the increase in funding for Capitol Police after the riot.

"And then right afterwards, you have a massive– you know, you just have this idea that throwing money at that problem is gonna make it go away, without any accountability and so this is where these things are breaking down," she stressed.

"We're not safe. And it's not just about members of congress not being safe. The food staff workers aren't safe. The janitors aren't safe. Like, we need to get to the bottom of this, so that's all I gotta say," she concluded before walking away.

Manríquez posted the video of Ocasio-Cortez's rant on Twitter, which she then reposted with the caption: "Remember how there was tons of footage and evidence of officers & others inside on 1/6 supporting insurrectionists, but then everyone decided it was too politically risky to investigate thoroughly so they brushed under the rug and now we still have no idea who or what is safe?"

Seemingly on a roll complaining about Capitol police, AOC retweeted a reply to the video from Rep. Mondaire Jones (D-N.Y.), who said, "Relatedly, months after 1/6, my Chief of Staff came across an antisemitic text in the possession of a Capitol Police officer at a checkpoint. We still have not been told why it was in his possession, what vetting was done before hiring him, and whether he got to keep his job."

She also retweeted a post from Politico reporter Sarah Ferris, who wrote, "Inside Capitol just now, Rep. AOC asked to speak with 'female and LGBT' reporters to warn us that the man who harassed her is affiliated with credentialed news outlet[.] She said her staff called Capitol police 5x to get them to do something."

"Did someone say J6 was an inside job?" he replied, including a GIF of Info Wars' Alex Jones.