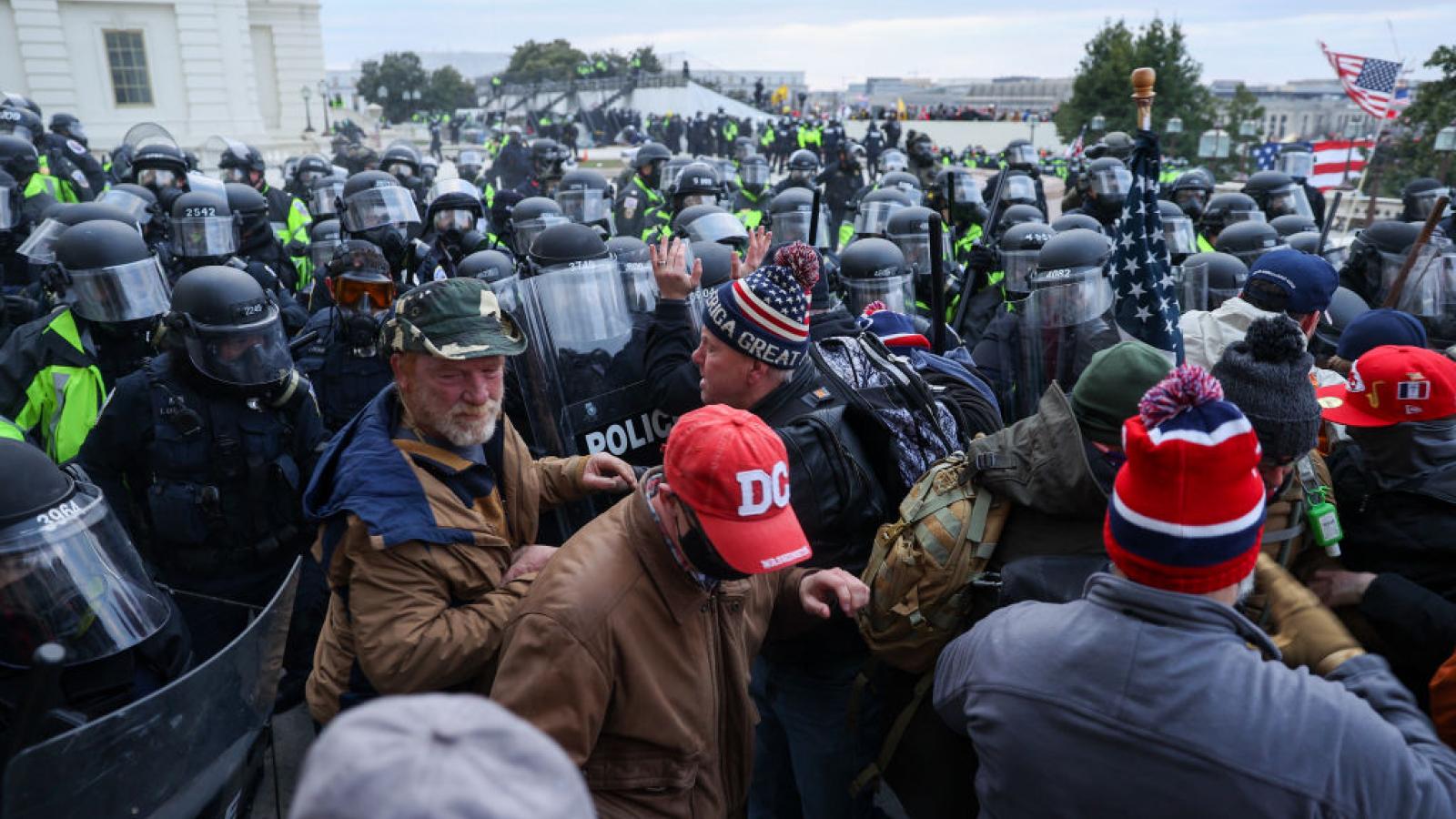 An on-duty police officer at the U.S. Capitol Building during the Jan. 6 riot used a long wooden stick to strike a motionless female protester who later died, according to the Epoch Times.

The conclusion is based on video obtained by the news outlet that is included in its roughly 2,500-word “exclusive” story published Friday on the matter.

The protester was Rosanne Boyland, whom the District of Columbia medical examiner's office says died as a result of an accidental overdose of the prescription drug Adderall.

The video – which the Epoch Times says is "body cam footage" –  appears to show Boyland, 34, of Kennesaw, Ga., falling under a pile of people at about 4 p.m. on the day of the 2021 riot, as a result of police trying to push protesters out of a tunnel leading into the Capitol building.

The video also shows a police officer swinging the stick in a downward motion in the area where Boyland appears to have fallen.

An independent forensic pathologist hired by the Boyland family "agreed" that the manner of death was an accident but concluded it was caused by manual asphyxia, according to the news outlet.

Use-of-force expert Stanley Kephart, upon reviewing the previously unreleased footage for the Epoch Times, concluded in the story published Friday the officer, who is identified as Lila Morris of the Metropolitan Police Department, struck Boyland three times, in the body and head, constituted a felony assault with intent to cause great bodily harm.

Kephart called the use of force "indefensible" and the internal-affairs investigation of Boyland's death a "clear and convincing coverup."

However, he does not say or conclude in the story that the blows killed Boyland.

The video also includes an audio component in which fellow protesters plead for help for Boyland after she collapses.

Boyland was pulled inside the building more than 10 minutes after falling, and police and EMS personnel then began 50 minutes of life-saving efforts that ultimately failed, according to the news outlet.

Kephart, a 42-year law enforcement veteran and former director of security for the 1984 Los Angeles Summer Olympics, reviewed Boyland's case at the request of The Epoch Times.

He has testified as a witness more than 350 times on topics including excessive force, police discipline, officer safety and crowd control, the news outlet also reports.