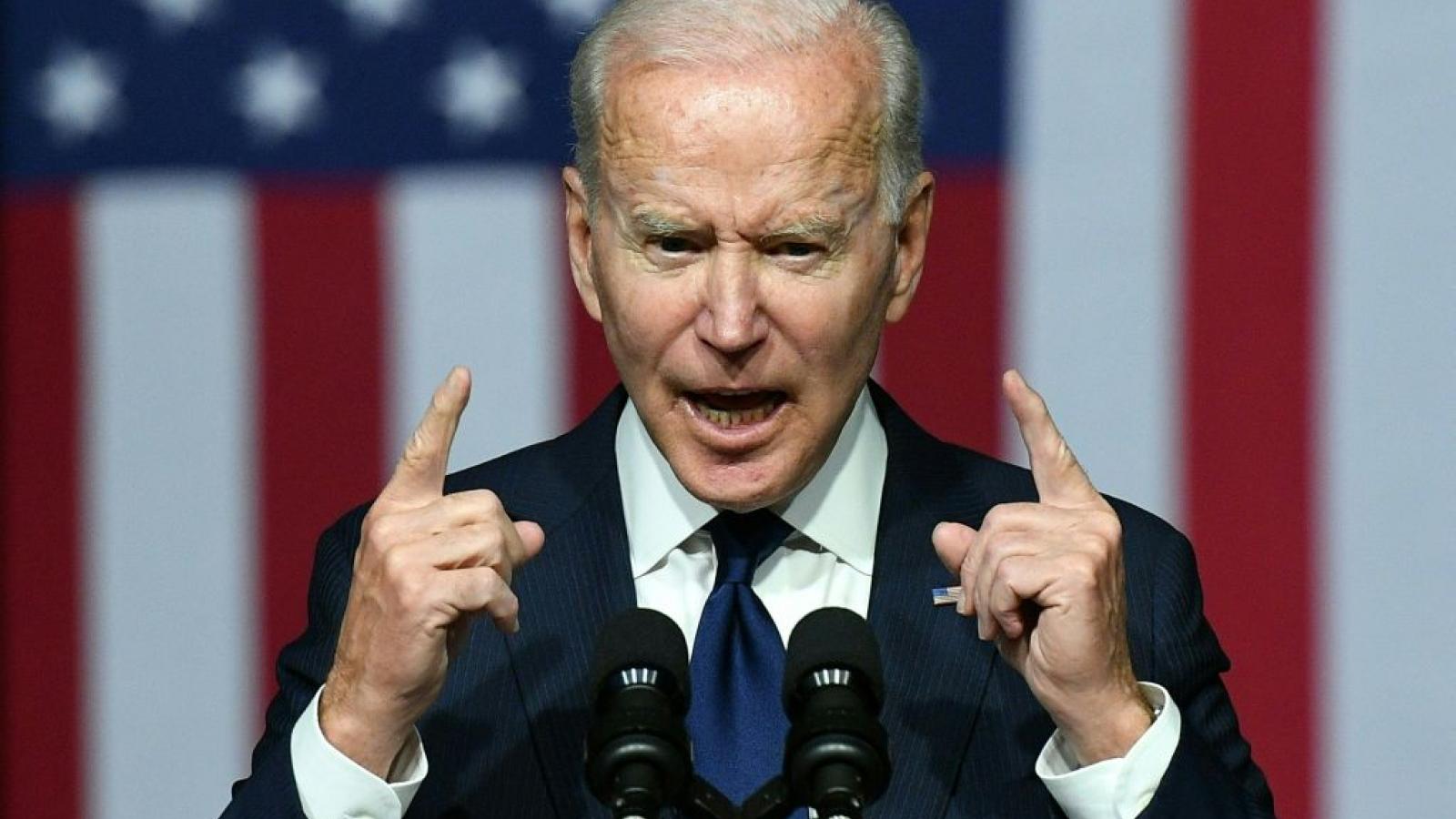 President Biden on Tuesday sniped at two of his own party's senators for interfering with his efforts to get voting-right legislation passed in Congress.

"I hear all the folks on TV saying, 'Why doesn't Biden get this done?' " the president said a speech in Oklahoma marking the 100th anniversary of the Tulsa Massacre. "Well, because Biden only has a majority of effectively four votes in the House and a tie in the Senate, with two members of the Senate who vote more with my Republican friends."

The president didn't mention the Democratic senators by name but was almost certainly referring to Sen. Kyrsten Sinema of Arizona and Joe Manchin of West Virginia, each with a sizable conservative electorate.

Democrats now have 50 of the chamber's 100 votes, including two from Independents, but need 60 votes to pass the measure.

However, neither Manchin nor Sinema will support Senate Democrats' effort to break Senate Republicans' filibuster and pass the measure by a simple, 51-vote majority.

Though Biden claims the senators vote more in line with the Republican Party, a recent Fox News shows they've voted with him almost 100% of the time since he took office Jan. 20.

The voting rights bill has already passed the Democrat-controlled House. The For The People Act would if passed, then signed into law by Biden expand voter registration and voting access through such processes as early voting and mail-in balloting.