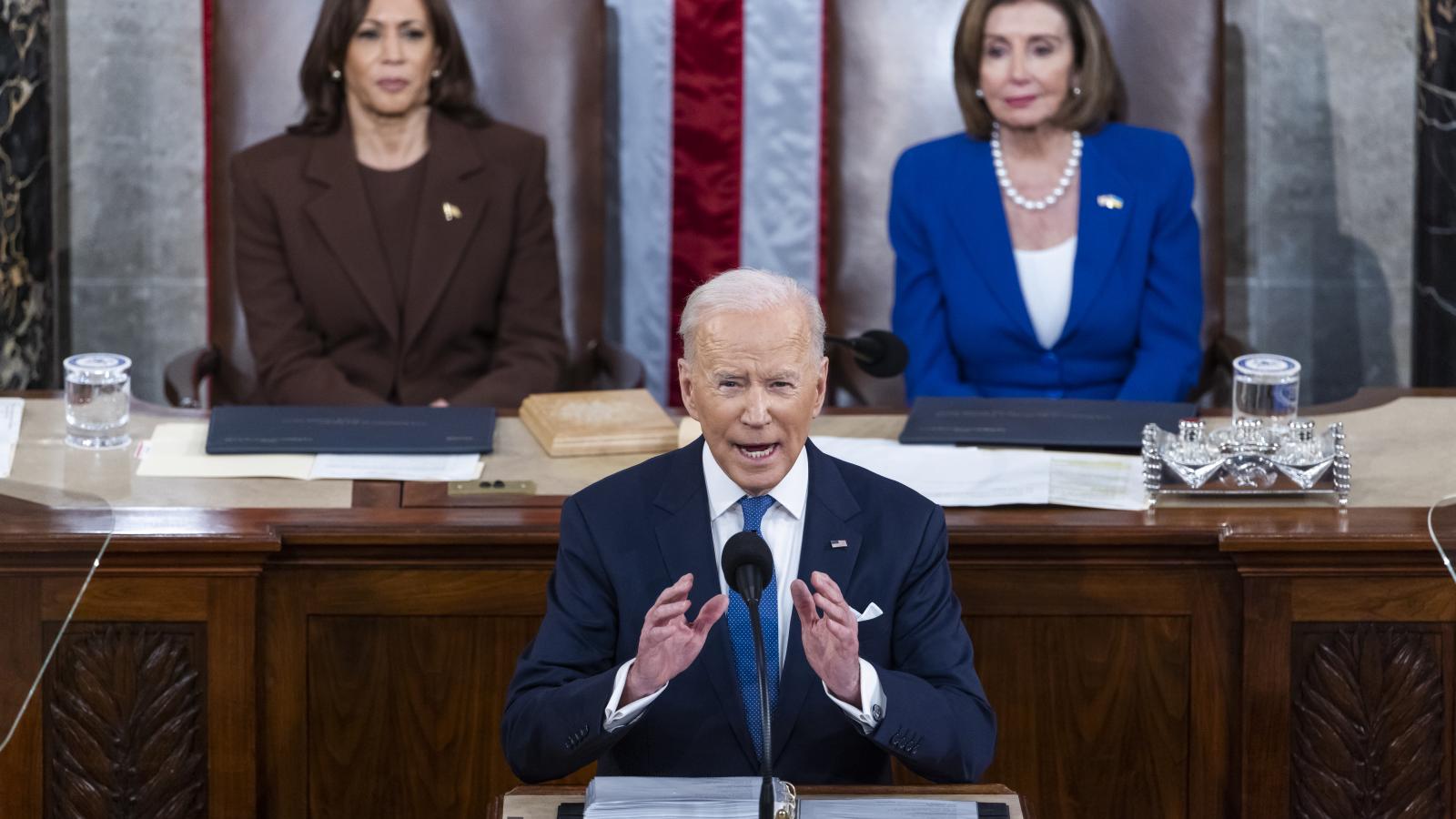 Democrats tasked with official responses to President Biden's State of the Union address Tuesday night largely praised their fellow Democrat president, focusing on his effort on the pandemic and to help the most underserved Americans, while casting much of the blame for his first-year struggles on Republicans and fellow party members.

"No one fought harder for [Biden's] agenda than progressives," said Michigan Rep. Rashida Tlaib, a progressive and member of the Working Families Party. "But two forces stood in the way: a Republican Party that serves the rich and powerful and just enough corporate-backed Democratic obstructionists to help them succeed."

She also applauded Biden for his actions fighting COVID-19, which would include trillions in federal dollars for families and business hit hardest by the pandemic.

Texas Rep. Colin Allred, who delivered the Congressional Black Caucus' official response, tweeted that Biden "knows what families like mine growing up go through.

"I grew up with a single mother who was a Dallas public school teacher, and so I know how hard this pandemic was on so many families. That’s why I worked to pass [Biden's] American Rescue Plan to deliver real relief."

Michigan Rep. Debbie Dingell, a moderate, praised Biden for having a "plan to address rising costs," despite the fact that inflation is at a 40 year high.

"I know we cannot speak peace by continuing to spend three-quarters of a trillion dollars every year on weapons of war," she said. "We must put human rights and dignity first."

However, not all Democrats were pleased with Biden's roughly one-hour address, in House chambers before a joint session of Congress.

"With all due respect Mr. President," tweeted Missouri Rep. Cori Bush, among the most progressive House Democrats. "You didn’t mention saving black lives once in this speech."

On Biden's call to give police more funding amid a surge in violent crime in the U.S., not less or to "defund" them, she said,  "All our country has done is given more funding to police. The result? 2021 set a record for fatal police shootings. Defund the police. Invest in our communities."