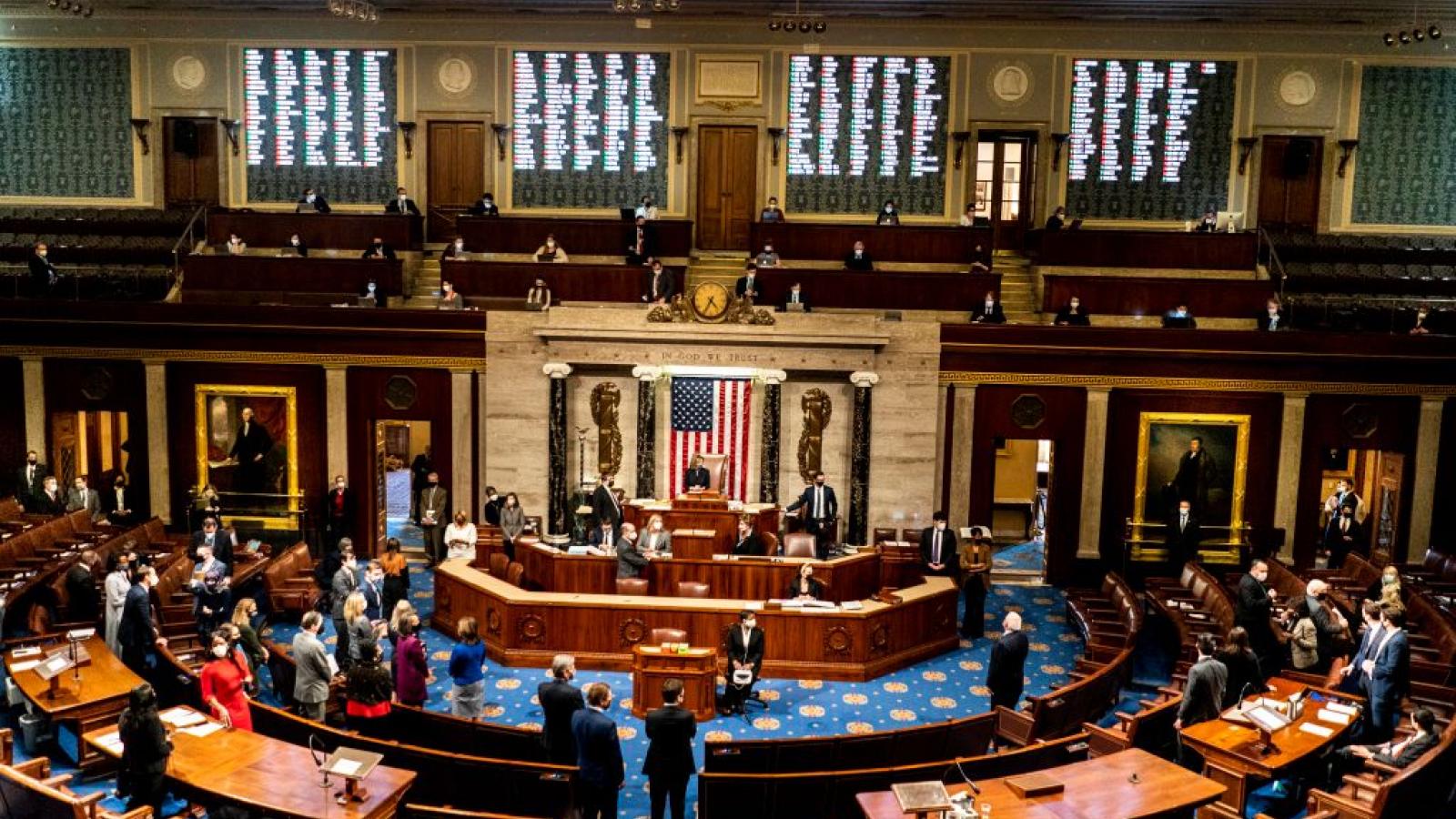 A bipartisan House caucus on Monday urged House Speaker Nancy Pelosi to return the chamber's so-called "regular order," which would include floor debates and committee hearings before measures are passed.

The Problem Solvers Caucus letter is signed by  29 Republicans and 29 Democrats and also urges House Minority Leader Kevin McCarthy to open up the chamber's legislative processes, according to Politico.

"With narrow majorities in the House and Senate, we need bipartisan support and solutions to get bills passed in both houses and ultimately signed into law by the President," the letter states. "The best way to do this is by having a deliberative and open process that promotes transparency and allows members to help shape legislation through committee hearings, markups and floor amendments. We should not be afraid to deliberate and debate."

The caucus argued in its letter that recently the House has "fast-tracked" legislation by bypassing committees with rules constraining member's abilities to share input or debate.

The letter also states that opening up the House would greatly improve chances of bills passing in the Senate and allow for more constructive feedback from members and encourage cooperation between Republicans and Democrats.

The caucus was founded in 2017 and is co-chaired by New Jersey Democrat Josh Gottheimer and New York Republican Tom Reed.