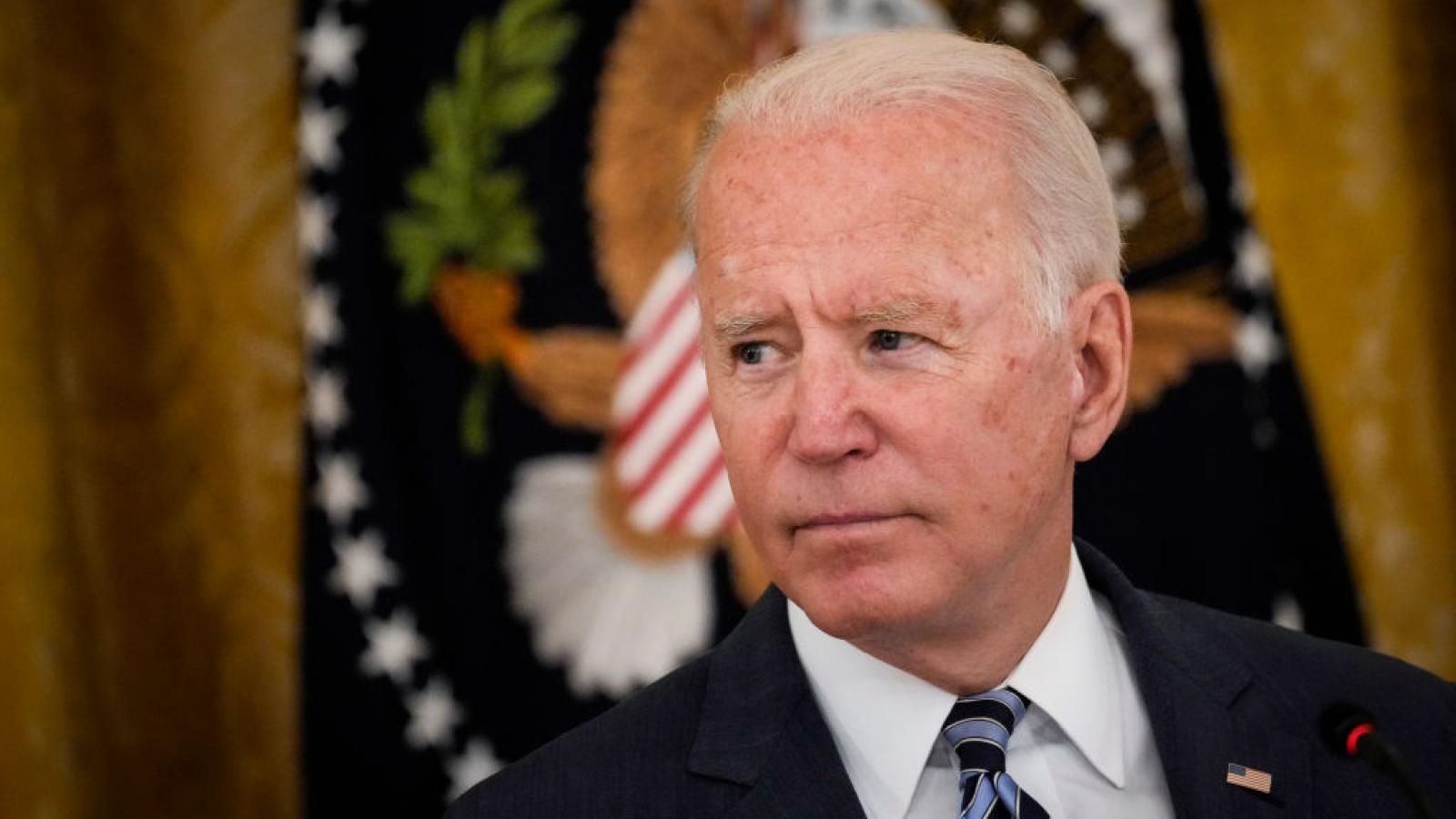 "4 US Marines killed in this morning's attacks in #Afghanistan and another 3 wounded," Georgia Rep. Jody Hice tweeted. "President Biden is responsible for every single drop of blood spilled in his botched withdrawal. #BidenMustResignNow."

Texas Sen. John Cornyn pointed out there had been no U.S. casualties in Afghanistan since February 2020.

However, the country fell into chaos and violence in recent weeks as the Taliban seized power while U.S. troops tried to complete their withdrawal after 20 years.

"Before President Biden 'ended' the US involvement in Afghanistan, the last Americans to die in battle were Army Sgts. 1st Class Javier Gutierrez and Antonio Rodriguez, on Feb. 8, 2020. Today, at least 4 more have been killed, and it, sadly, won’t be the last," Cornyn tweeted.

Florida Rep. Greg Steube said the situation in Afghanistan is "horrific" and Biden "needs to take responsibility and resign."

"If President Trump can be impeached over a phone call, then the time has come to IMPEACH Biden for gross negligence in Afghanistan," he wrote. "Americans deserve better. We deserve better than someone who willfully IGNORES the WORST crisis in decades."

GOP Conference Chair Elise Stefanik of New York said on Thursday that "Biden has blood on his hands" and "the buck stops" with him as commander-in-chief.

"This horrific national security and humanitarian disaster is solely the result of Joe Biden's weak and incompetent leadership. He is unfit to be Commander-in-Chief," she wrote on Twitter.

"Today's explosions outside Kabul’s airport underscored the necessity for a thorough and well-thought-out withdrawal plan," wrote Missouri Rep. Vicky Hartzler. "But Biden disregarded intelligence, lied to the nation on this reality, and put our citizens who are stranded in grave danger."

Sen. Jim Risch, the top Republican on the Senate Foreign Relations Committee, said the casualties demonstrate that the threat of terrorism is present in Afghanistan.

"Today's bombings outside of the airport and around Kabul serve as the official return to rule by terrorism in Afghanistan," he said in a statement. "As these bombings indicate, we cannot trust the Taliban to keep Americans safe.

"The Taliban and its terrorist contemporaries clearly don't care about our deadlines or our people left in the country. They have what they want, which is an America and a NATO in disarray and retreat."

Earlier this week, House Republicans held a press conference and warned that Biden was risking having blood on his hands as the situation in Afghanistan continued to deteriorate.