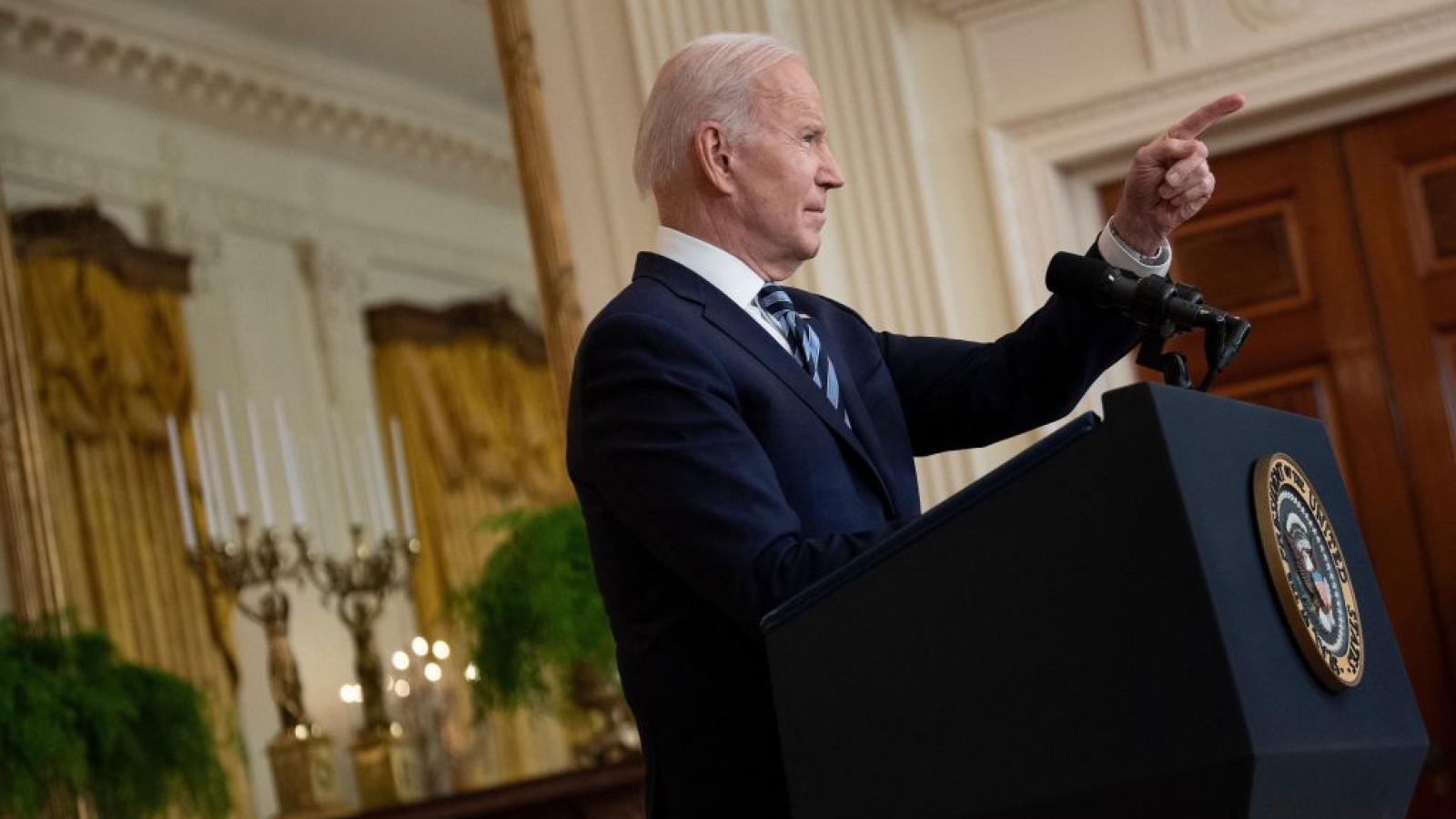 Lawmakers from both sides of the aisle spent the hours following the Russian invasion of Ukraine lobbying President Joe Biden to impose harsher sanctions on Russia.

The economic sanctions that the U.S. has thus far leveled against Vladimir Putin have not acted as a deterrent – as the administration many times said they would – nor have they slowed down Putin's full scale invasion of Ukraine, which, at this point, has Russian troops edging the capital of Kyiv.

Democrats including Senate Foreign Relations Committee Chairman Bob Menendez (D-N.J.) encouraged Biden to do more when it comes to sanctions. "Congress and the Biden administration must not shy away from any options," he said, adding that the U.S. should "seek to impose maximum costs on Putin."

Biden has said that while he believes banning Russia from SWIFT is an "option," some European allies oppose the move at present.

Fellow New Jersey Democrat Rep. Bill Pascrell concurred with the senator, saying "They must feel acute pain for their crimes and the horrors they are causing."

Speaking about the measures he hopes will be taken against Russia's oligarchic leaders, Pascrell said, "Seize their estates. Impound their yachts. Auction their possessions. Topple their stock market. Embargo their fuel. Kick their kids out of our colleges."

Senate Minority Leader Mitch McConnell (R-Ky.), who was briefed by Biden on Thursday said he had publicly and privately advised the president to "ratchet the sanctions all the way up as far as you can."

Pennsylvania Sen. Pat Toomey (R) says economic sanctions are clearly not enough and that the U.S. should target Russia's oil and gas industry. On Thursday, Biden's administration said they were not prepared to do that, despite energy being Russia's main export, and what primarily funds its economy.