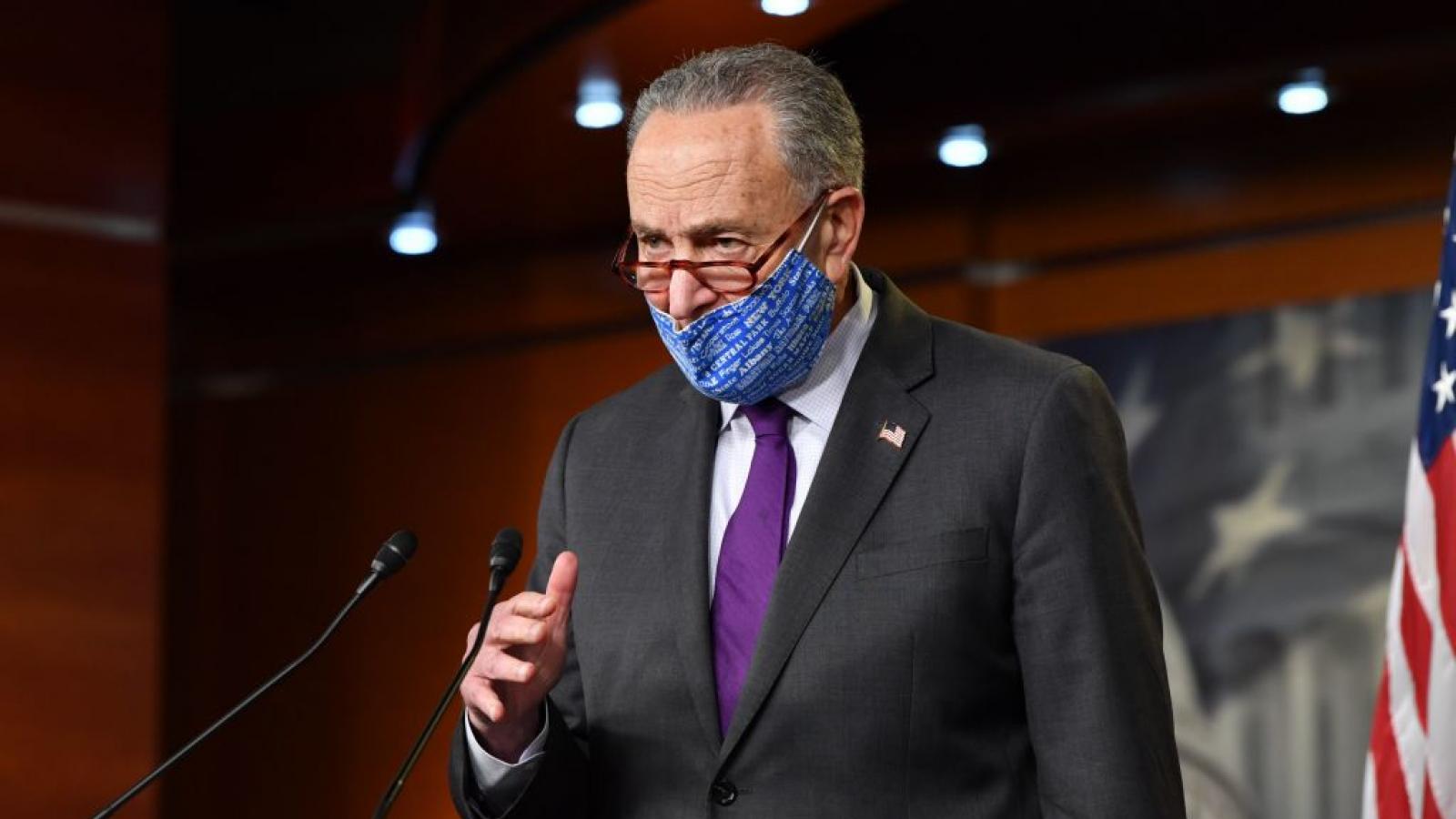 The Democrat-led Senate is poised to approve as early as Tuesday a China security bill that will earmark billions in taxpayer subsidies to the well-heeled computer chip-making industry, which saw record profits last year and doled out millions in lobbying fees and political donations.

The $54 billion in subsidies for chipmakers inside the 1,445-page U.S. Innovation and Competition Act has some seeing an unnecessary corporate welfare program that could benefit such iconic brands as Intel, Qualcomm and AMD and increase the government's reach over free market business.

"This bill will increase government's influence over the private sector while weakening America by increasing our debt," said Sen. Ron Johnson (R-Wisc.), one of the legislation's fiercest critics. "Democrats love spending other people's money and growing government. I have no idea why any Republican would want to help them do that."

The legislation, filed by Senate Majority Leader Chuck Schumer, does not differentiate between foreign or domestic chipmakers as recipients of the subsidies. The chip-making industry already has enormous wealth. Chipmaker Intel, for instance, gave $4.6 million in political contributions and spent $3.6 million on federal lobbying last year. In April of this year, Intel projected earnings of $4.60 per share and revenue of $72.5 billion.

Qualcomm executives gave $1.6 million in donations and spent $7.9 million lobbying Congress and the federal government on policy issues in 2020. In the second quarter of this year, Qualcomm had "adjusted earnings of $1.90 per share on sales of $7.93 billion, compared with analysts' estimates of $1.67 per share on $7.62 billion," according to a Reuters report.

AMD made $357,000 in political contributions throughout 2020 and spend $1.7 million on federal lobbying. In April, AMD announced that its revenue had jumped 93% in the first quarter of 2020.

Taiwan Semiconductor Manufacturing Company (TSMC), a foreign-owned company, one of the largest chipmakers in the world, spent $1.9 million on federal lobbying in 2020. TSMC's revenue hit an all-time high last year, rising 25.2% over 2019's figures. In April of this year, TSMC reported that their profits were up 16.8%.

CNBC reports that the largest chip manufacturers reported record profits in the first quarter of 2021, despite a semiconductor shortage.

The chipmakers are getting lobbying help from some of their allies in Silicon Valley. Apple and Google are among the large companies lobbying Congress to approve the subsidies for chip manufacturers. The funding in the U.S. Innovation and Competition Act, widely known as the China bill, would help implement the CHIPS for America Act.

Economics Professor Donald J. Boudreaux of George Mason University argued in a Wall Street Journal opinion letter that the subsidies for chip manufacturers are a waste of taxpayer money.

"Subsidies are always suspect, but when showered on industries that are thriving, they are beyond doubt inexcusable," he wrote. "What further proof do we need to conclude that politicians cannot be trusted to allocate resources wisely?"

Johnson, a member of the Senate Budget Committee, is calling on Senate Republicans to vote against the bill.

"My primary concern about this bill is its price tag — almost one quarter of a trillion dollars, which we will have to borrow," Johnson, also a member of the Commerce Science and Transportation Committee, said in a statement provided to Just the News.

"When people ask for more bipartisanship in Congress, I tell them to be careful what they wish for. There are all kinds of bipartisan opportunities to further mortgage [our] children's future by spending money we don't have."

Johnson said he's glad there's bipartisan recognition that China is a threat and the U.S. has to respond. But he added that the "response must be effective."

"I don't believe any government allocates capital as efficiently as the private sector," he said.

The bill, estimated to cost about $250 billion total, cleared a procedural hurdle before the Memorial Day recess, and a final vote on the bill is expected this week. A separate version of the bill is being worked on in the Democrat-led House.