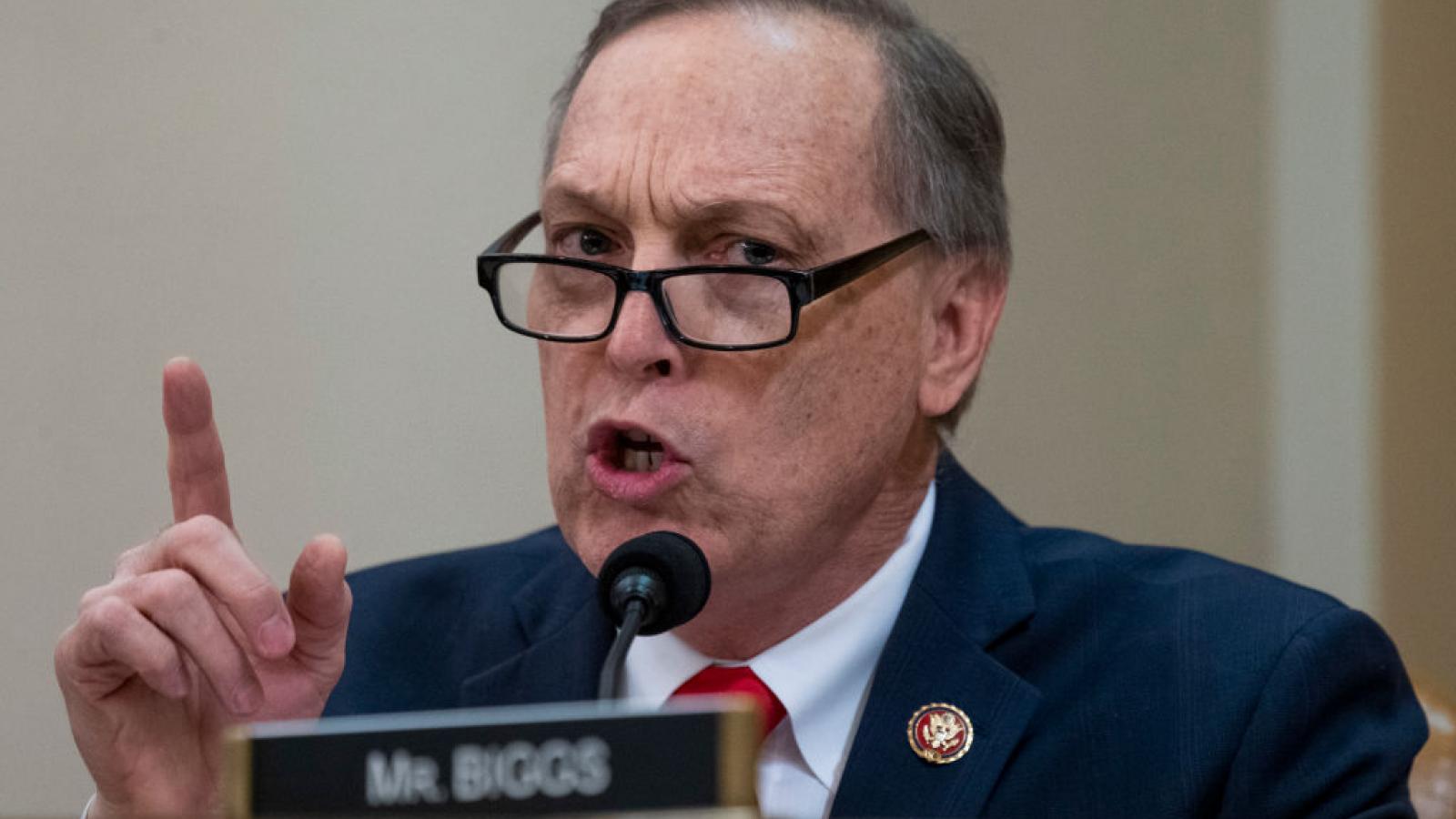 "He is the guy who is responsible for the border security and national security, and it is a disaster down there," Biggs, who is accusing Mayorkas of "reckless abandonment" of border security told Fox News. "He has failed utterly in his duty," he continued.

Biggs' impeachment articles (there are two) accuse the secretary of engaging in "a pattern of conduct that is incompatible with his duties as an Officer of the United States," and engaging "in a pattern of conduct that has placed departmental personnel and American citizens at risk of exposure to and contracting COVID-19 by refusing to take necessary steps to prevent potentially contagious illegal aliens from entering the United States."

The first resolution accuses Mayorkas of failing to maintain "operational control" of the border, which he is required to do by law. It gestures specifically to his decision to allow the release of illegal migrants into the country while awaiting their hearings.

It reads, "The Secretary of Homeland Security does not have the option of simply releasing those aliens into the interior of the United States."

In June alone nearly 190,000 illegal immigrants were encountered at the United States southern border, and that number is merely the known crossers. Since President Joe Biden assumed office in January, an estimated 1.3 million illegal immigrants have entered the country with little-to-no resistance from the federal government.

The second article claims the DHS head has failed to properly implement Title 42, a Trump-era public health protection that allows for the fast expulsion of illegal immigrants at the border due to the ongoing coronavirus pandemic.

Instead, the article states that Mayorkas has "released and transported hundreds of thousands of aliens into the interior of the United States without properly screening the aliens for COVID-19 to ensure that the aliens would not spread COVID-19."

A recent report reveals that at least 18% of migrant families leaving the custody of Border Patrol test positive for Covid-19 before being sent to all corners of the United States. An additional 25% of migrants recently scheduled to be deported on U.S. flights test positive before boarding.

The articles need a simple majority in the lower chamber to advance to the Senate, at which point a two-thirds majority is needed to convict an official.