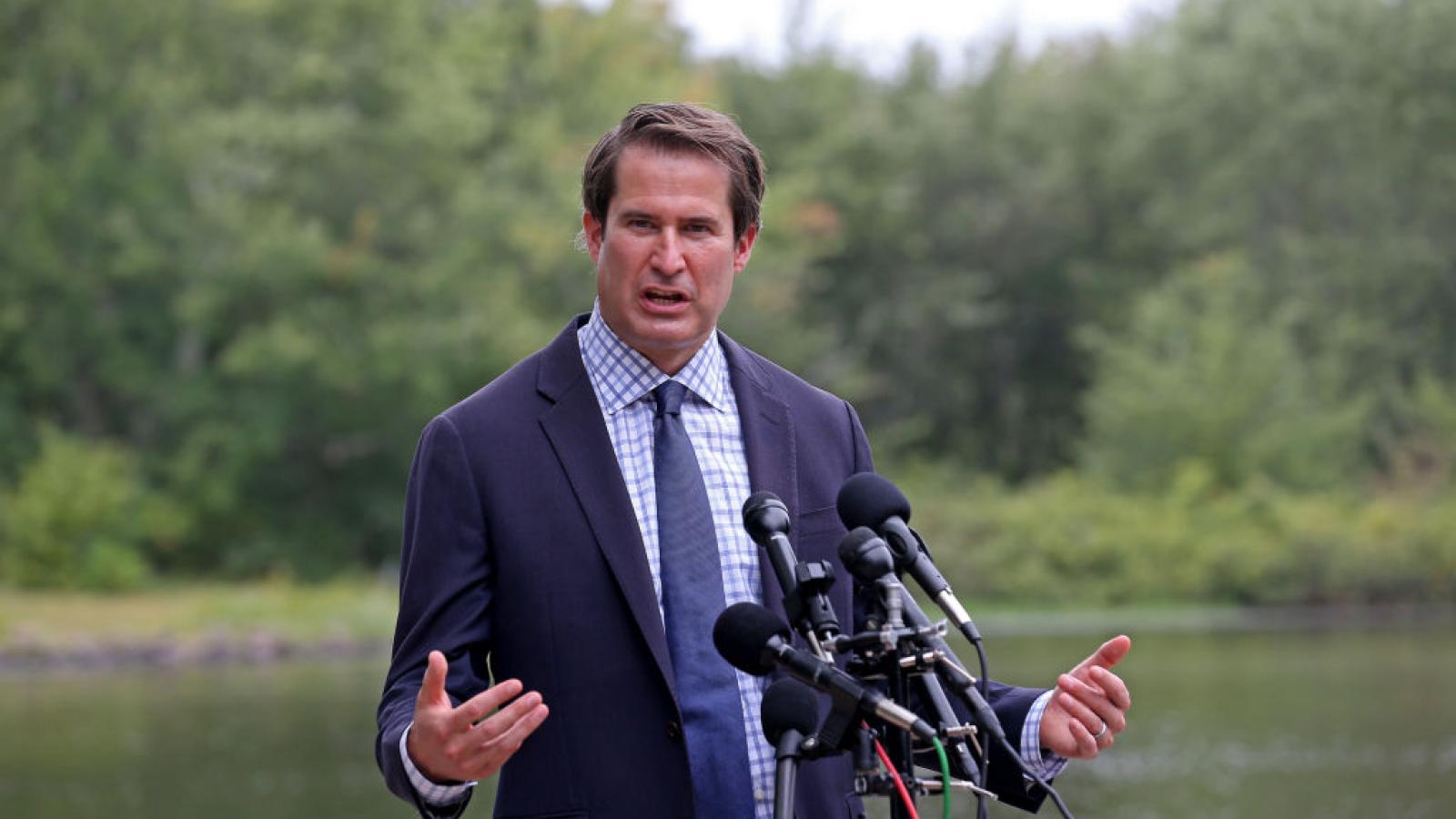 Rep. Seth Moulton, who served four tours as a Marine in Iraq, says the Biden administration doesn't have a clear plan to evacuate U.S. citizens or allies from Afghanistan by month's end and it should eliminate the current visa system to speed the exit.

Moulton, D-Mass., who serves on the House Armed Services Committee, unloaded on the Biden administration Thursday, saying if it had started the evacuation of U.S. citizens and Afghan allies from Afghanistan "months ago we would not see the chaos unfolding outside the gate today."

"The president has promised to get all American citizens out by the end of August, but we don't seem to have a very clear plan to do so and notably he has not said we will get all of our Afghan allies out before we leave," Moulton told a Center for a New American Security discussion.

"I mean, the simple idea that we have the Taliban between American citizens and U.S. Marines at the airport, and therefore we're relying on the good will of the Taliban to save our people, is extraordinary and shameful all at once. I can't emphasize enough how quickly this could go further south," he added.

Moulton joins a growing chorus of Democrats who are criticizing their own administration, from former CIA Director Leon Panetta comparing Biden's plan to the failed "Bay of Pigs" episode in Cuba a half century ago to multiple Senate chairman vowing to hold investigative hearings.

But the Massachusetts Democrat brings a unique perspective as a front-line warrior during the war on terror. He specifically slammed Secretary of Defense Lloyd Austin for saying he doesn't have the capacity to do anything militarily outside of the airport in Kabul.

"We're the United States of America. We absolutely have the capacity to do more," Moulton said. "Secretary Austin is flat out wrong when he says that. He should know better...I don't think it sends the right message to the Taliban to say that we're incapable of putting more pressure on them."

Moulton said women and children were being "crushed" and some were dying just waiting to get into the airport.

"The Taliban could start massacring people at any moment. There are already reports they are going house to house around the country starting to hang government officials, assassinate people they thought were collaborators working with the Afghan security forces," he said. "We can only expect that Taliban campaign to continue and expand. Thank God it hasn't literally taken place outside the airport gates but that could start at any moment."

The moderator asked Moulton how the U.S. government can speed up the U.S. visa process in Afghanistan.

Moulton said the Biden administration should not be "putting lines in the sand based on dates" with regard to drawing down U.S. military operations.

"We should have condition-based withdraws," he said. "We should leave when this is done."

Richard Armitage, former Deputy Secretary of State from 2001-2005 under President George W. Bush, told the symposium he personally thinks withdrawing from Afghanistan was the "right decision but the timing and the manner affecting the evacuation are just all fubar."

Armitage said he doesn't think the U.S. will be able to get all U.S. citizens and Afghan allies out of Afghanistan.

"I do not think we will get all of them out and I don't think the Taliban 2.0 is going to allow all those who want to get into the airport to do so," he said. "In my view, they don't give a damn whether the United States recognizes them or not. They're winners, and they've got Pakistan, Iran, to some extent, Russia and China, in their corner right now."