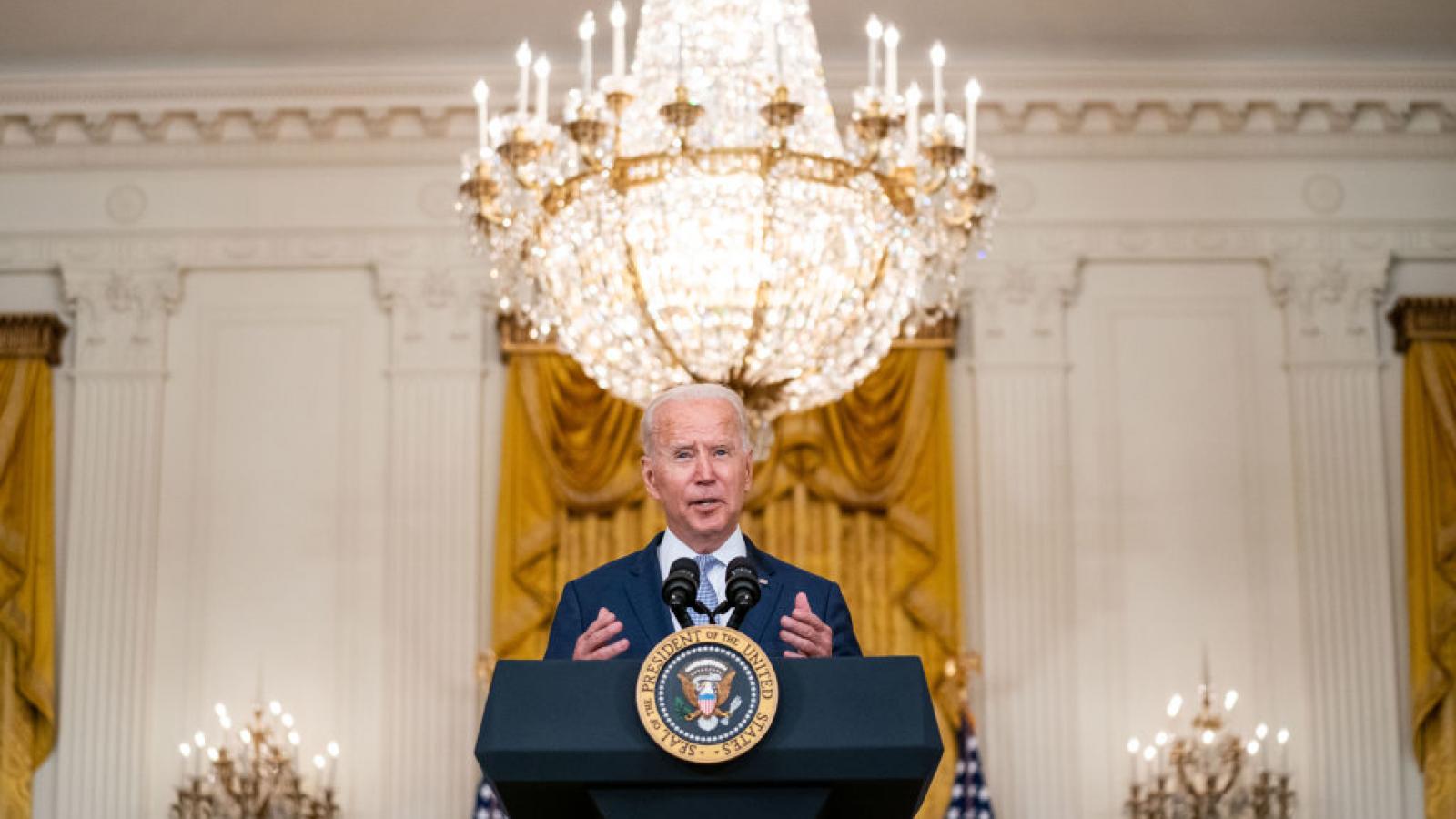 Congressional Democrats are expressing criticism of President Biden's handling of the U.S. military withdrawal in Afghanistan, as the security situation in the country continues to deteriorate.

"Our military presence in Afghanistan should not have continued indefinitely, but the withdrawal of U.S. troops should have been carefully planned to prevent violence and instability, and to ensure that the hard-fought progress gained over the past two decades – particularly when it comes to Afghan women and girls – would not be lost," Sen. Tom Carper (D-Del.)

“Now, we must act swiftly to protect Americans and our Afghan allies and partners on the ground. We cannot abandon those who fought by our side who now face mortal danger from the Taliban’s takeover. We have a moral obligation to act immediately to protect their lives and a national security imperative to ensure that Afghan soil does not again become a source of terrorist attacks on our allies and our homeland," also said Carper, a Navy flight officer who served in Vietnam.

Rep. Seth Moulton (D-Mass.) described the situation in Afghanistan as a disaster.

"To say that today is anything short of a disaster would be dishonest. Worse, it was avoidable. The time to debate whether we stay in Afghanistan has passed, but there is still time to debate how we manage our retreat. For months, I have been calling on the Administration to evacuate our allies immediately—not to wait for paperwork, for shaky agreements with third countries, or for time to make it look more 'orderly,'" Moulton, a veteran of the Iraq War, said in a statement on Sunday.

"While I am proud that a strong, bipartisan majority in Congress voted to expand the Special Immigrant Visa program in support of our Afghan friends, my worst fear has become realized: That ultimately this effort would distract from what is truly needed, an immediate evacuation," he also said.

"Dire conditions on the ground persist today and without swift, decisive action from the administration, Afghan civilians will suffer or die at the hands of the Taliban. To start, our Afghan partners – SIV applicants – who stood shoulder-to-shoulder with American troops on the battlefield must be immediately evacuated to safety," she said Monday.

"That means waiving parts of the [Special Immigrant Visa] process that can no longer be feasibly conducted in Afghanistan due to the Taliban takeover. The same should be done for Afghans who assisted the U.S. mission through non-governmental organizations and aid agencies, and other vulnerable populations such as journalists, human rights defenders and women leaders," she also said.

Rep. Vicente Gonzalez (D-Texas), a Foreign Affairs Committee member, slammed the Biden administration for its handling of the withdraw.

“There’s no way to hide it. The situation in Afghanistan is another shame on this admin. Withdrawal was never going to be easy but it didn’t need to come to this,” he tweeted on Sunday. “The US must do everything in its power to help our partners & allies to safety & protect our national security.”

"In Afghanistan, CNN's @clarissaward reports the Taliban took Kabul, Afghanistan's capital, ‘in a matter of hours, barely firing a shot.’ Staying in Afghanistan for years to come would just delay the inevitable while putting our troops at further risk," he tweeted Monday. "Leaving is the right call."

In a separate tweet on Sunday, Beyer wrote that Biden "did the right thing by finally ending America’s longest war. It’s clear two or ten or twenty more years would not help – staying in Afghanistan forever isn’t the solution. Most important now to help those in immediate danger for helping us, that’s where our focus must be."

Rep. A. Donald McEachin (D-Va.) said in a statement that he's "concerned by the rapid fall of the recognized Afghan government and the repercussions that it will have" for U.S. allies and the overall stability of the region.

"There will be time for recriminations and justified tough questions on how this happened," he said. "For now, we must focus on the safety and security of the thousands of American troops being redeployed to Afghanistan to secure Hamid Karzai International Airport in Kabul as well as U.S. embassy staff, civilian personnel, and our Afghan partners who have stood with us and aided U.S. operations abroad."