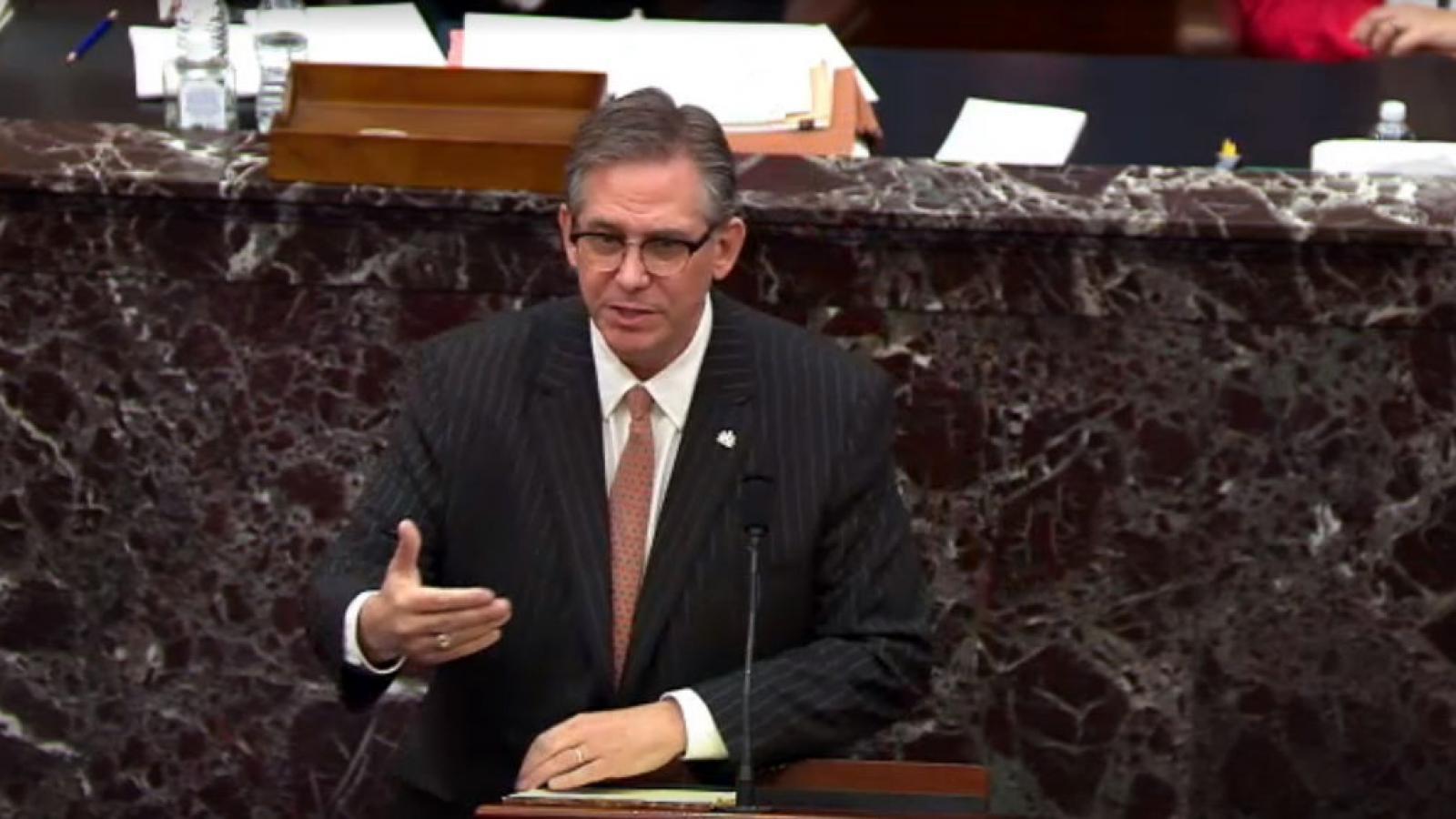 Former President Trump's defense attorney Bruce Castor Jr. says Democrats want to convict Trump in the Senate impeachment trial so they won't have to face him as a "political rival" in the future.

"I thought the House managers who spoke earlier were brilliant speakers and I made notes and they will hear about what I think about some of the things that they said about later," Castor said during the first day of the Senate impeachment trial on Tuesday. "But why are the House managers afraid and why is the majority of the House of Representatives afraid of the American people?"

Castor said Trump's political future is the real reason for the trial against Trump who left office on Jan. 20.

"I mean, let's understand why we are really here. We are really here because the majority in the House of Representatives does not want to face Donald Trump as a political rival in the future," he said.

David Schoen, Trump's other defense attorney, argued that it is unconstitutional to impeach and convict a former president.

"I say our nation cannot possibly heal with it. With this trial, you will open up new and bigger wounds across the nation for a great many Americans see this process for exactly what it is, a chance by a group of partisan politicians seeking to eliminate Donald Trump from the American political scene and seeking to disenfranchise 74 million plus American voters and those who dare to share their political beliefs and vision of America," he said. "They hated the results of the 2016 election and want to use this impeachment process to further their political agenda."

He slammed House Democrats for "abusing the impeachment power for political gain." He also argued that there has been a "lack of due process" for Trump during a "dangerous" and "unprecedented snap impeachment process."