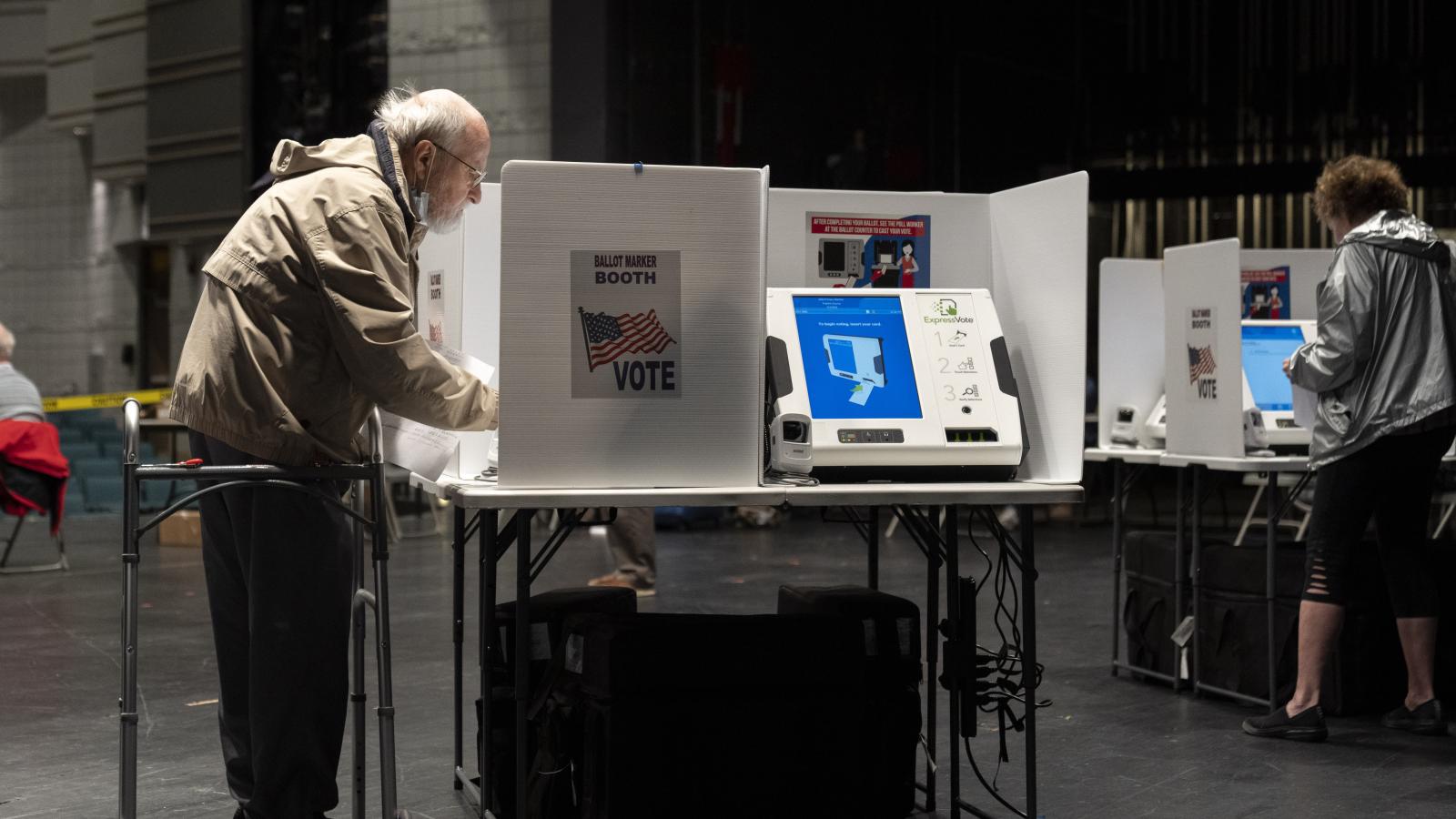 The "Promoting Access to Voting" Act (Executive Order 14019) was signed by the president in March 2021. It instructed agencies to work on ways of expanding citizens' opportunities to register to vote and participate in the political process and subsequently submit their strategic planning to the White House Domestic Policy Council.

In the letter exclusively obtained by Just the News, several House Republicans, including ranking House Judiciary Committee member Jim Jordan (R-Ohio) and ranking Oversight Committee member James Comer (R-Ky.), outline their concerns with the order. In particular, GOP congressmen write that the secrecy with which the administration has conducted its voter registration push is of concern.

"Democrats took advantage of a once-in-a-lifetime pandemic to radically alter election administration in several key states, including by abruptly implementing all-mail voting in states without the necessary preparation, training, equipment, space, or personnel and by weakening election integrity measures," the letter reads.

The letter also states: "Despite the requirements of E.O. 14019 (the Promoting Access to Voting act) that agencies submit their voter registration plans to the Domestic Policy Council, a new report suggests that the Biden White House has stonewalled public transparency surrounding these plans ... because of this secrecy, it is impossible to know whether these voter registration plans amount to a misuse of government resources to selectively target groups likely to vote for Democrat candidates."

The congressmen specifically highlighted the administration's relationship with progressive think tank and voting rights group Demos, which they identified as "a left-wing special interest group."

"Demos has been vocal about its belief of the need to change voting procedures and election laws to advantage candidates holding progressive views," the letter reads.

The House Republicans are requesting records of correspondence between members of the administration and Demos, as well as "any nongovernmental entity referring or relating to E.O. 14019," and other facets of the federal government and agencies.

"Republicans want every eligible voter who wants to vote to be able to cast a ballot and for that ballot to be counted according to law," reads the letter, but "Democrats have sought to politicize the voting process in an attempt to garner a political advantage."