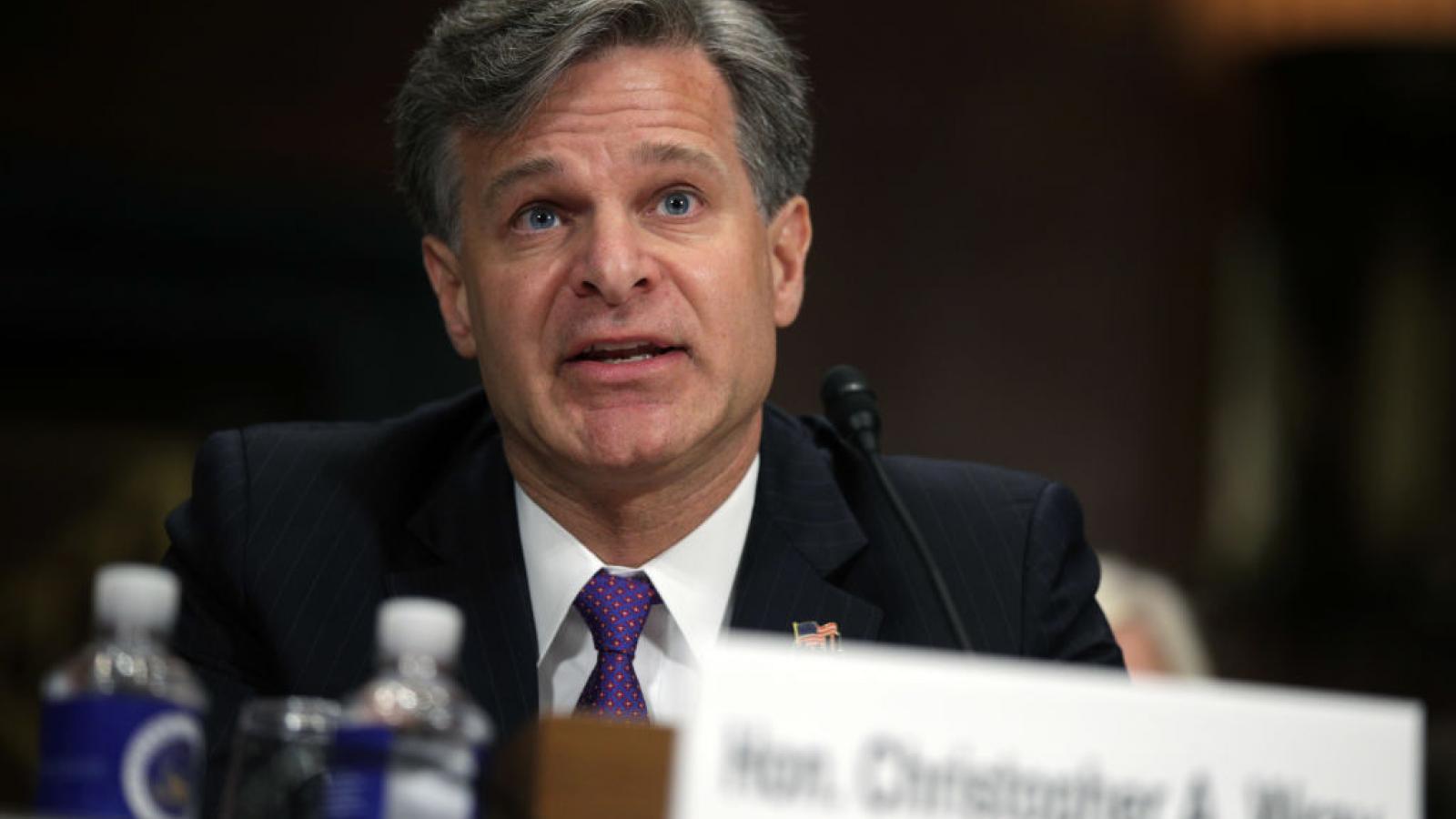 FBI Director Christopher Wray during a Senate Judiciary Committee hearing on Tuesday said that there is an ongoing investigation into the death of U.S. Capitol Police officer Brian Sicknick, though Wray would not say whether the FBI has determined the cause of the man's death.

When Sen. Chuck Grassley of Iowa asked Wray whether or not a determination has been made regarding the specific cause of Sicknick's death, Wray said, "That means we can't yet disclose a cause of death at this stage."

Grassley,  the ranking member of the committee, pressed the matter, "But you have determined the cause of death?"

"I didn't say that. We're not at a point where we can disclose or confirm a cause of death," Wray answered.

Sicknick passed away on Jan. 7, the day after the Jan. 6 Capitol riot. The U.S. Capitol Police said in a Feb. 26 statement: "The medical examiner's report on Officer Brian Sicknick's death, which followed the attack on the Capitol on January 6, is not yet complete. We are awaiting toxicology results and continue to work with other government agencies regarding the death investigation."

This story has seen a confusing mixture of reporting. On January 8 the New York Times reported that "On Wednesday, pro-Trump supporters attacked that citadel of democracy and overpowered Mr. Sicknick, 42, and struck him in the head with a fire extinguisher, according to two law enforcement officials. With a bloody gash in his head, Mr. Sicknick was rushed to the hospital and placed on life support. He died on Thursday evening."

Yet that same day, KHOU-TV in Houston reported that Sicknick had died of a stroke following injuries he received during the "riots" at the Capitol, making no mention of his being hit in the head with a fire extinguisher.

Then, on February 16, the New York Times added an update at the top of the Jan. 8 story, stating, "New information has emerged regarding the death of the Capitol Police officer Brian Sicknick that questions the initial cause of his death provided by officials close to the Capitol Police."

On Feb. 23, Brian's mother Gladys Sicknick told the Daily Mail that "He wasn't hit on the head, no. We think he had a stroke, but we don't know anything for sure."

Sicknick's remains were cremated before he laid in honor at the Capitol rotunda in early February. His death was reportedly being treated as a homicide investigation, but so far no suspects have been named or arrested, adding to the mystery and confusion.