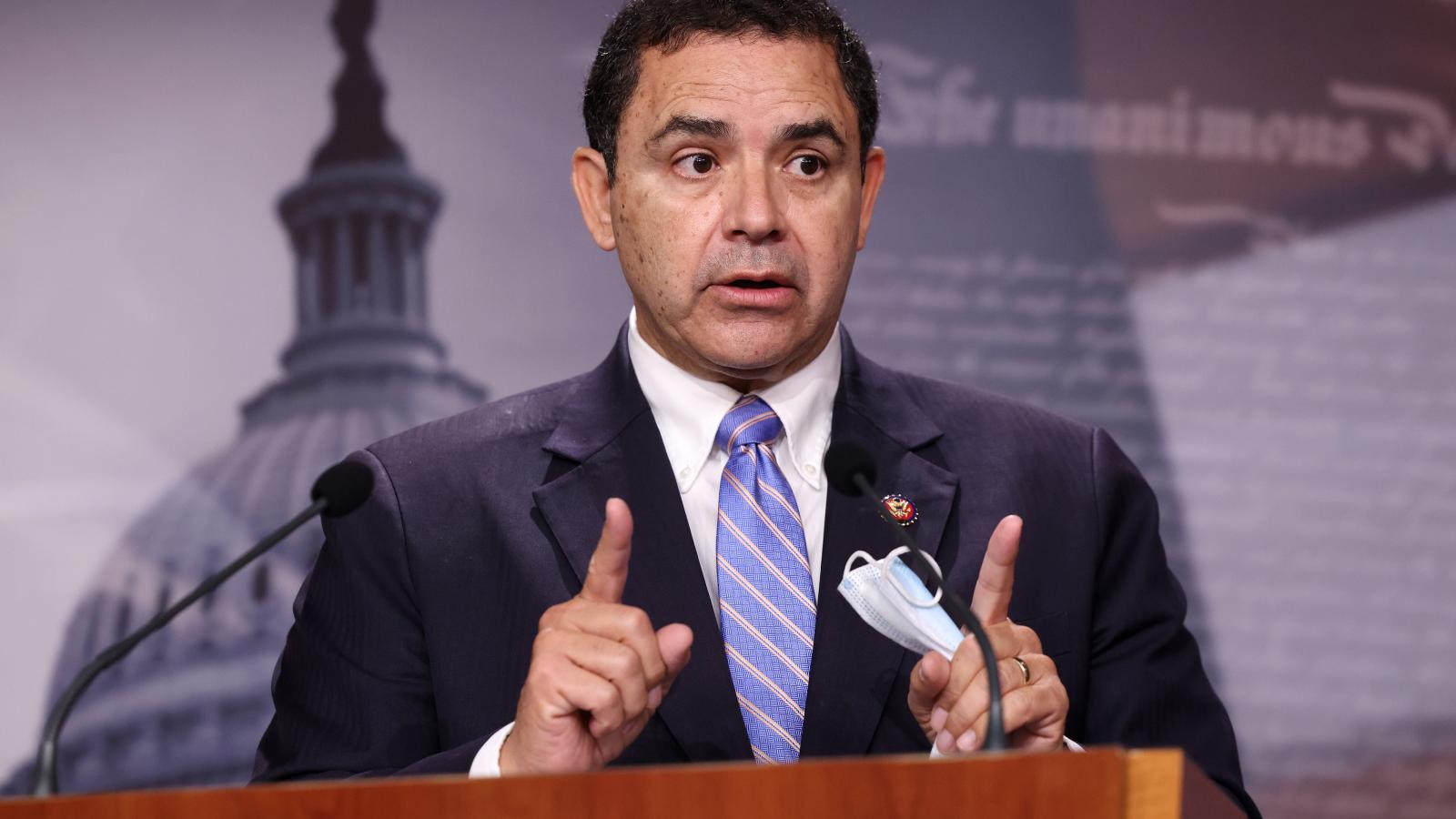 Federal Bureau of Investigation agents were spotted Wednesday outside of Rep. Henry Cuellar's (D-Texas) campaign headquarters and his Laredo home, the latter from which they appeared to seize evidence.

It is unclear what is being investigated, but The Texas Tribune reported that FBI spokesperson Rosanne Hughes said authorities were "conducting court-authorized law enforcement activity" as agents surrounded Cuellar's home on two streets.

"Congressman Cuellar will fully cooperate in any investigation. He is committed to ensuring that justice and the law are upheld," Cuellar's office told The Texas Tribune in a statement.

Texas reporter Valerie Gonzalez tweeted a photo of agents outside of Cuellar's house, and she noted that more agents showed up shortly thereafter.

Gonzalez said that by 7:30 p.m. local time, agents began loading "large bags, plastic bins, and a computer into a federal vehicle. Others appeared to be logging the items."

She posted a video of agents still loading bags into a government vehicle more than an hour later.

FBI agents were also seen outside of Cuellar's campaign headquarters. "It wasn’t included in the FBI statement, but two of the vehicles seen there at 4:20 pm later showed up at the residence. An agent wearing an FBI jacket climbed out of one," Gonzalez said on Twitter.

Journalist Aaron Navarro reported that the Twitter of Colin Strother, a 2020 campaign strategist for Cuellar, is now deactivated. It is unclear whether this is connected to the FBI activity.

Cuellar has been in office since 2004. He has sided with Republicans at times, such as in November when he called Vice President Kamala Harris to be replaced as "border czar."