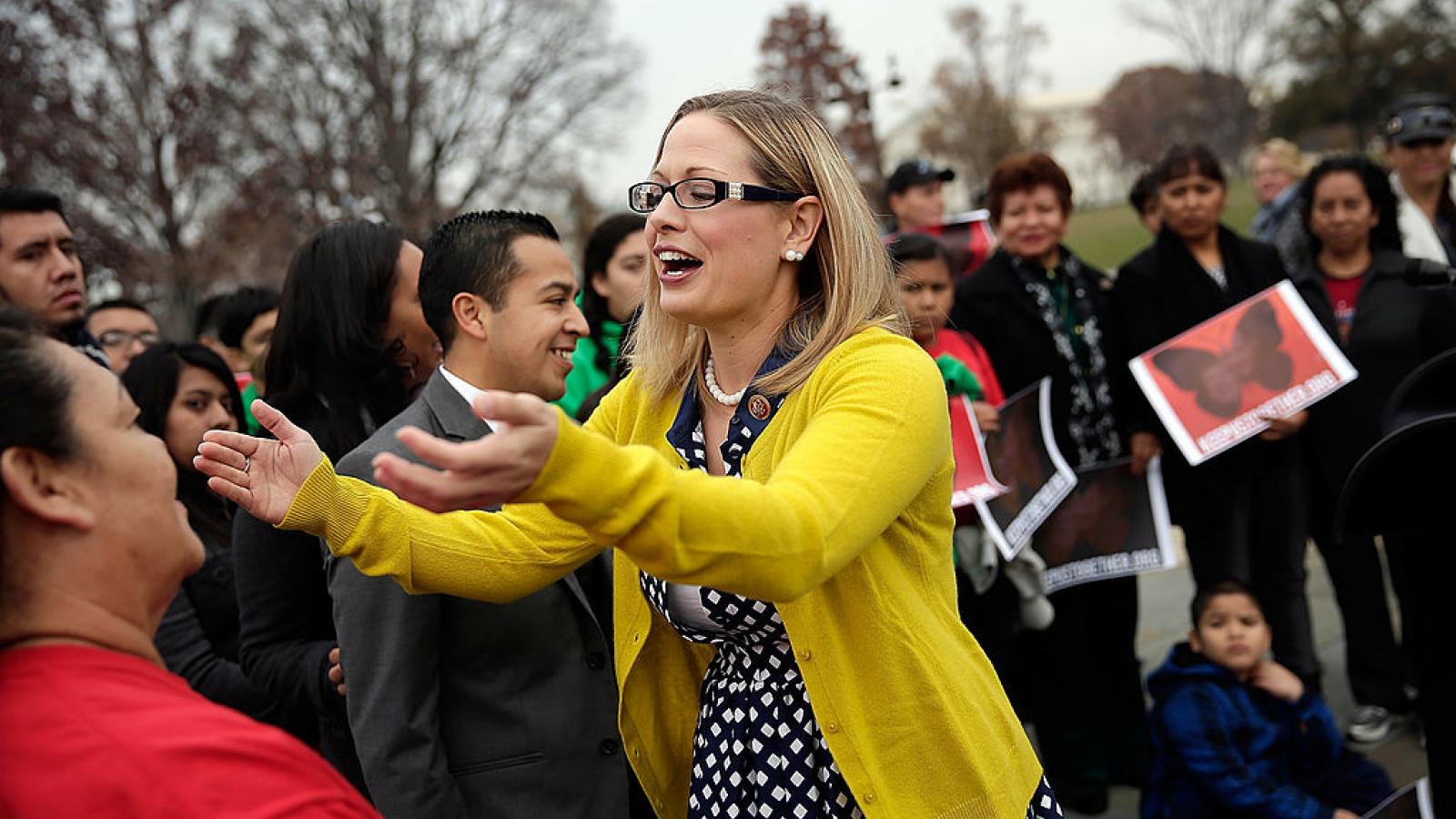 In a letter released publicly Thursday, the advisers criticized the Arizona senator for refusing to get completely behind President Biden's multi-trillion dollar Build Back Better agenda. They also chastised her for consistently opposing the abolition of the filibuster, which would effectively allow Senate Democrats to pass measures without support from chamber Republicans.

"You have become one of the principal obstacles to progress, answering to big donors rather than your own people," wrote the five veterans. "We shouldn't have to buy representation from you, and your failure to stand by your people and see their urgent needs is alarming.

"As members of your Veterans Advisory Council for years, we're deeply concerned by your failure to acknowledge us or seek our input. Today, we feel as though we are merely given performative titles and used as window dressing for your own image — not as resources to provide counsel on what's best for veterans. Given your complete disregard for our input and your unwillingness to act on behalf of your constituents' needs, we respectfully resign from your Veterans Advisory Council."

The letter, which was released by the group Common Defense, goes hand in hand with the group's seven-figure ad buy to pressure Sinema into supporting the Democratic reconciliation package.

As Democrats reluctantly work to reduce the spending bill from its initial $3.5 trillion value to something likely closer to $2 trillion, Sinema has faced mounting pressure to bow to party discipline.

Earlier this week, it was revealed that the Arizona senator does not support raising taxes on wealthy Americans and corporations to pay for the package, despite it being a popular proposal from her Democrat colleagues.

In response to the letter and subsequent resignation of the veteran advisers, Sinema's office released the following statement:

"We appreciate their diverse views, contributions to legislation, and participation in veteran outreach events. While it is unfortunate that apparent disagreement on separate policy issues has led to this decision, I thank them for their service and will continue working every day to deliver for Arizona's veterans who have sacrificed so much to keep us safe and secure."