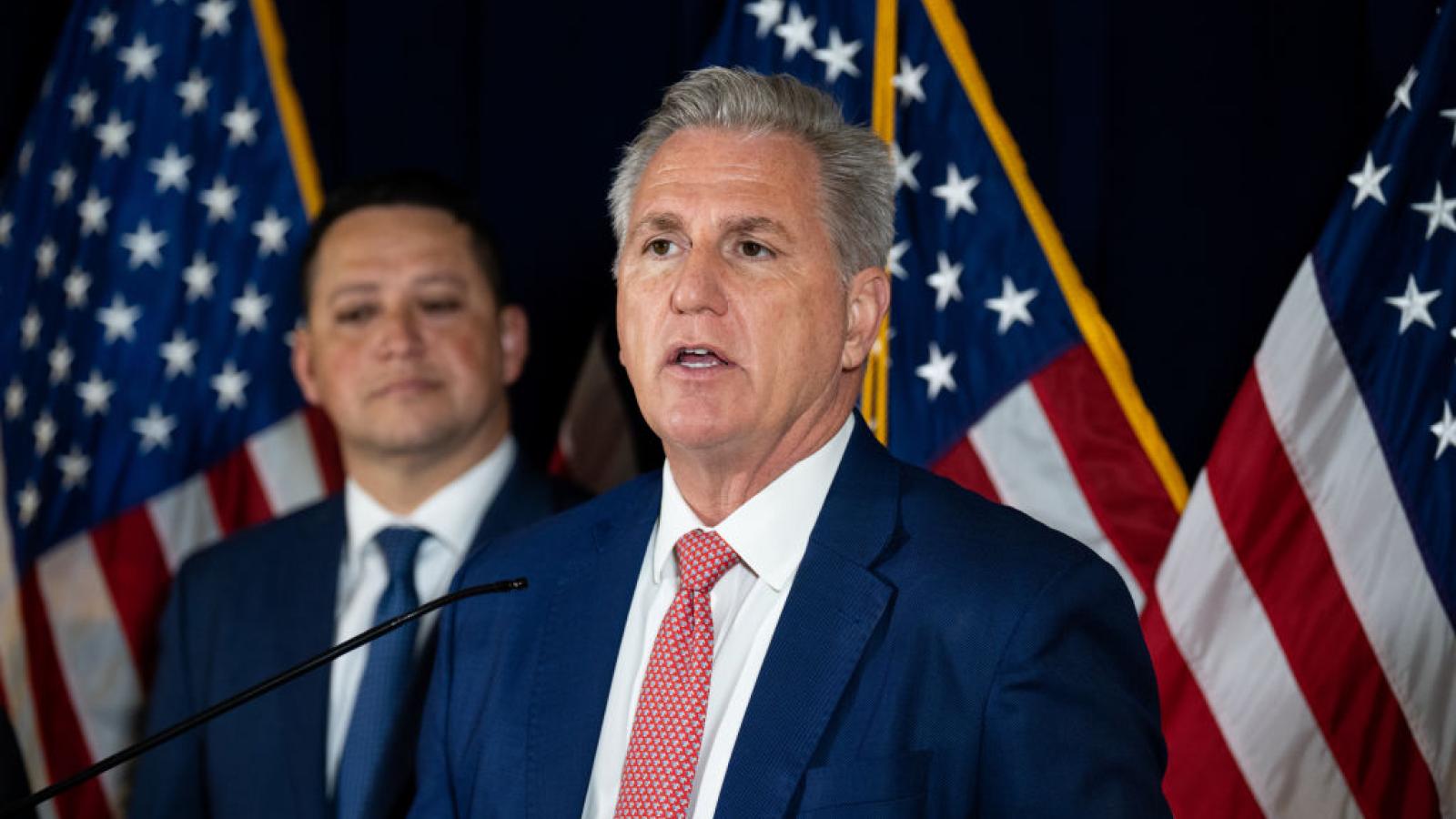 What began as a sleepy federal holiday in the nation's capital had by midday Friday erupted into a full-blown revolt against the Republican congressional leadership.

While nobody knew exactly when such an uprising would begin, it was nearly inevitable following the GOP underperforming expectations on Election Day Tuesday. The ensuing blame game eventually targeted Senate Minority Leader Mitch McConnell and House Minority Leader Kevin McCarthy.

At midday Friday, Florida GOP Sen. Marco Rubio, empowered by a decisive reelection victory in the state where the GOP had its best midterm performance, posted an unexpected tweet in which he called for next week's leadership votes, customary after elections, to be postponed over what he appeared to consider a crisis of conscience.

"First we need to make sure that those who want to lead us are genuinely committed to fighting for the priorities & values of the working Americans (of every background) who gave us big wins in states like Florida," he tweeted.

The tweet was almost immediately backed by Missouri Republican Sen. Josh Hawley, who's considered more outspoken about McConnell, the longest-serving Senate Republican leader in history, and his leadership team.

"I don't know why Senate GOP would hold a leadership vote for the next Congress before this election is finished," Hawley wrote. "We have a runoff in #GASenate _ are they saying that doesn't matter? Don't disenfranchise @HerschelWalker."

Who controls the Senate is now down to three Senate races — in Georgia, Arizona and Nevada.

Models project the GOP will win the House majority, with most showing as of Friday night the party having 211 seats and needing 218.

Signs of problems for McCarthy began to show even before Tuesday's balloting, in which many expected Republicans to retake the House in large numbers on a "red wave."

News reports retold the story of how the California Republican lost his bid for the speakership in 2015 because he wouldn't cave to the demands of members of the chamber's most conservative wing and suggested he'd changed his strategy since then to avoid another defeat.

McCarthy's victory speech Tuesday night in a Washington, D.C., hotel was far more subdued than planned — and much later than scheduled — with no red wave and him promising those who stuck around until about 2 a.m. that by Wednesday morning the GOP would have the majority.

But by Thursday night, the tanned, silver-haired McCarthy seemed to have regrouped, going on the Fox News Channel's "Jesse Watters Primetime" show to tout his credentials for the job of speaker.

"I'm not concerned," he said. "Think about this: Since I've been leader for the last four years we've only gained seats. It's the goal of winning the majority. We won the majority. I think I've accomplished the goal that we wanted to."

Still, some members of the conservative House Freedom Caucus appear to be withholding their support for McCarthy, at least until he meets some of their demands, including impeachment hearings on President Biden and members of his Cabinet such as Homeland Security Secretary Alejandro Mayorkas.

"I've heard from multiple of my constituents who question the wisdom of proceeding forward with that leadership," said Arizona GOP Rep. Andy Biggs, according to CNN.

Texas Republican Rep. Chip Roy has said that "no one currently has 218" votes for speaker and he wants McCarthy to list his plans for investigations into the Biden administration.

The House Freedom Caucus currently has 42 members, and it could become larger after the final election results. For comparison, the former Tea Party Caucus, which was established in 2010 during the presidency of Barack Obama, had 60 members in 2011, when the GOP took control of the House due, in large part, to the Democrats' passage of Obamacare. By 2013, the caucus was down to 48 members.