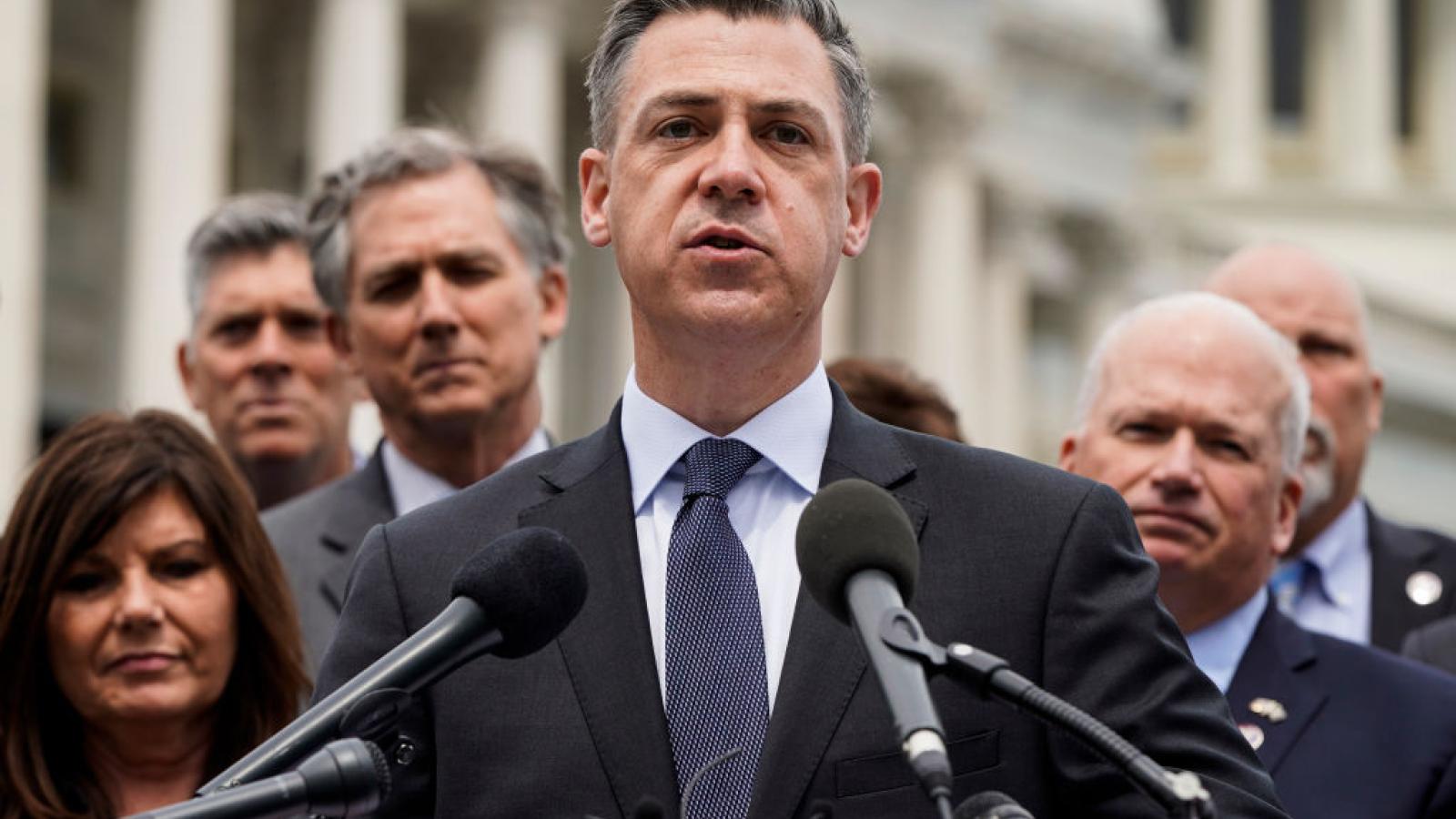 Representative Jim Banks during an interview on Fox News Sunday said that House Republican Conference Chair Liz Cheney has "failed in her mission as the chief spokesperson of our party."

Banks told anchor Chris Wallace that Cheney has failed to focus on combating the Biden agenda and securing the majority during the upcoming 2022 election cycle.

The Indiana Republican said that news programs' focus on "Liz Cheney and January 6th and Donald Trump distract us from what have to do to save this country to win back the majority in the midterm election."

Cheney, an outspoken critic of former President Trump's claim that the 2020 presidential election was tainted by fraud, was one of the 10 House Republicans to vote in favor of impeaching Trump earlier this year in the wake of the Jan. 6 Capitol riot.

"Trump is seeking to unravel critical elements of our constitutional structure that make democracy work — confidence in the result of elections and the rule of law," Cheney wrote in a recently published op-ed. She also wrote that "we Republicans need to stand for genuinely conservative principles, and steer away from the dangerous and anti-democratic Trump cult of personality."

Cheney may soon be ousted from her position as House Republican Conference Chair, with figures as prominent as former President Trump and House Minority Leader Kevin McCarthy coming out in support of replacing Cheney with Rep. Elise Stefanik of New York.