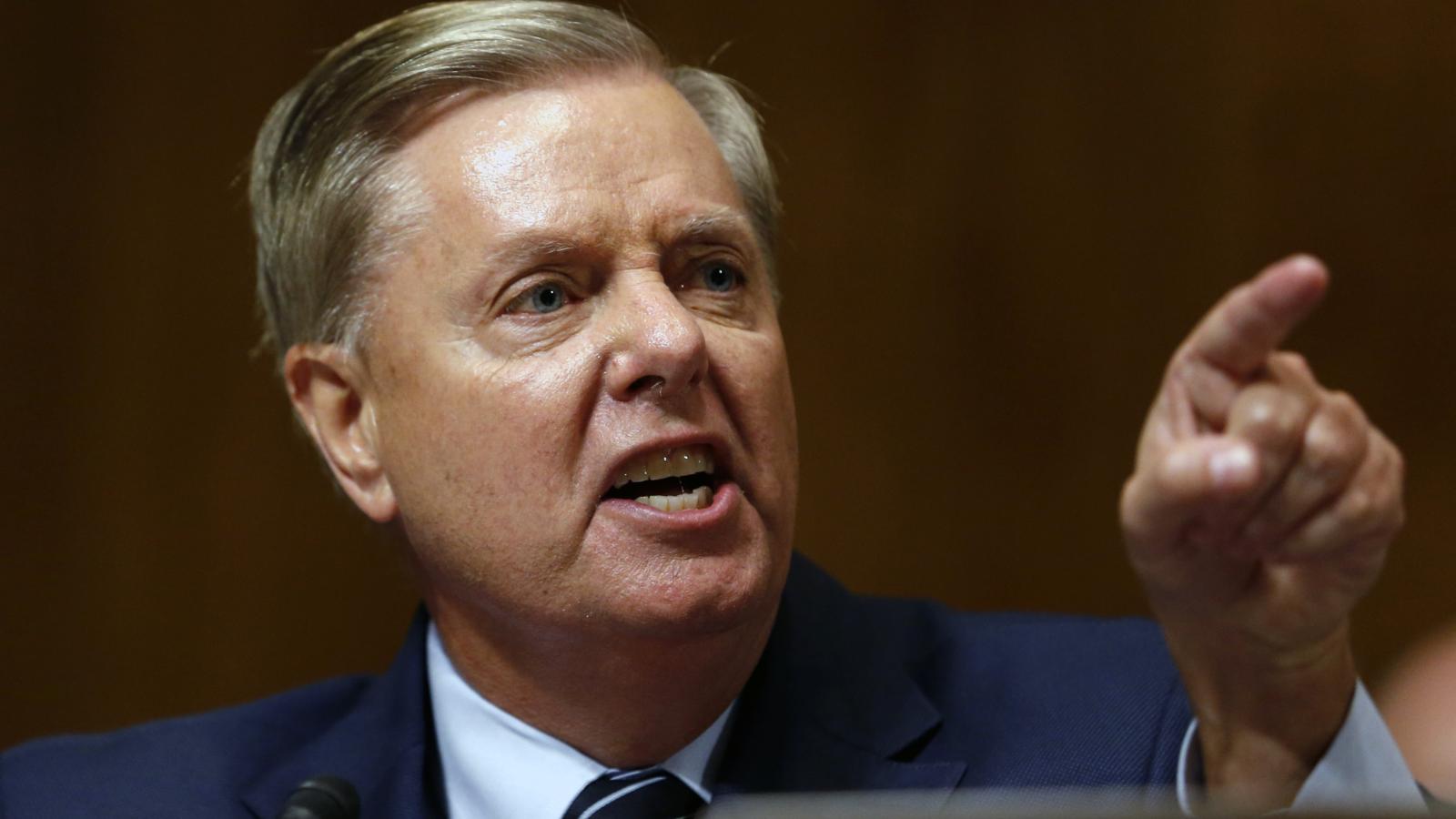 Graham, a Trump supporter who has predicted on multiple occasions that the former president would win reelection in 2024, said pardoning people who rioted at the Capitol on Jan. 6, 2021, is a "bad idea."

"Pardons are given to people who admit misconduct, rehabilitate themselves. They’re not supposed to be used for other purposes," said Graham, according to The Hill newspaper.

South Dakota Sen. Mike Rounds said he wouldn’t support granting pardons to people convicted of crimes because of their actions on Jan. 6.

"If he were elected, he would have a constitutional ability to do it," Rounds said about Trump's proposed pardons. "I would disagree with it. I think there was insurrection and I think these folks need to be punished."

Senate Republican Whip John Thune appears to have concerns about pardons for those accused of crimes related to the riot without first having gone through the legal process.

However, Missouri Sen. Josh Hawley was more open to such pardons.

"I think that the folks who committed crimes, particularly violent crimes, on that day ought to be prosecuted," he said. "I think the question becomes, are there are people who’ve been caught up in this dragnet who, for instance, didn’t know that they were trespassing?"