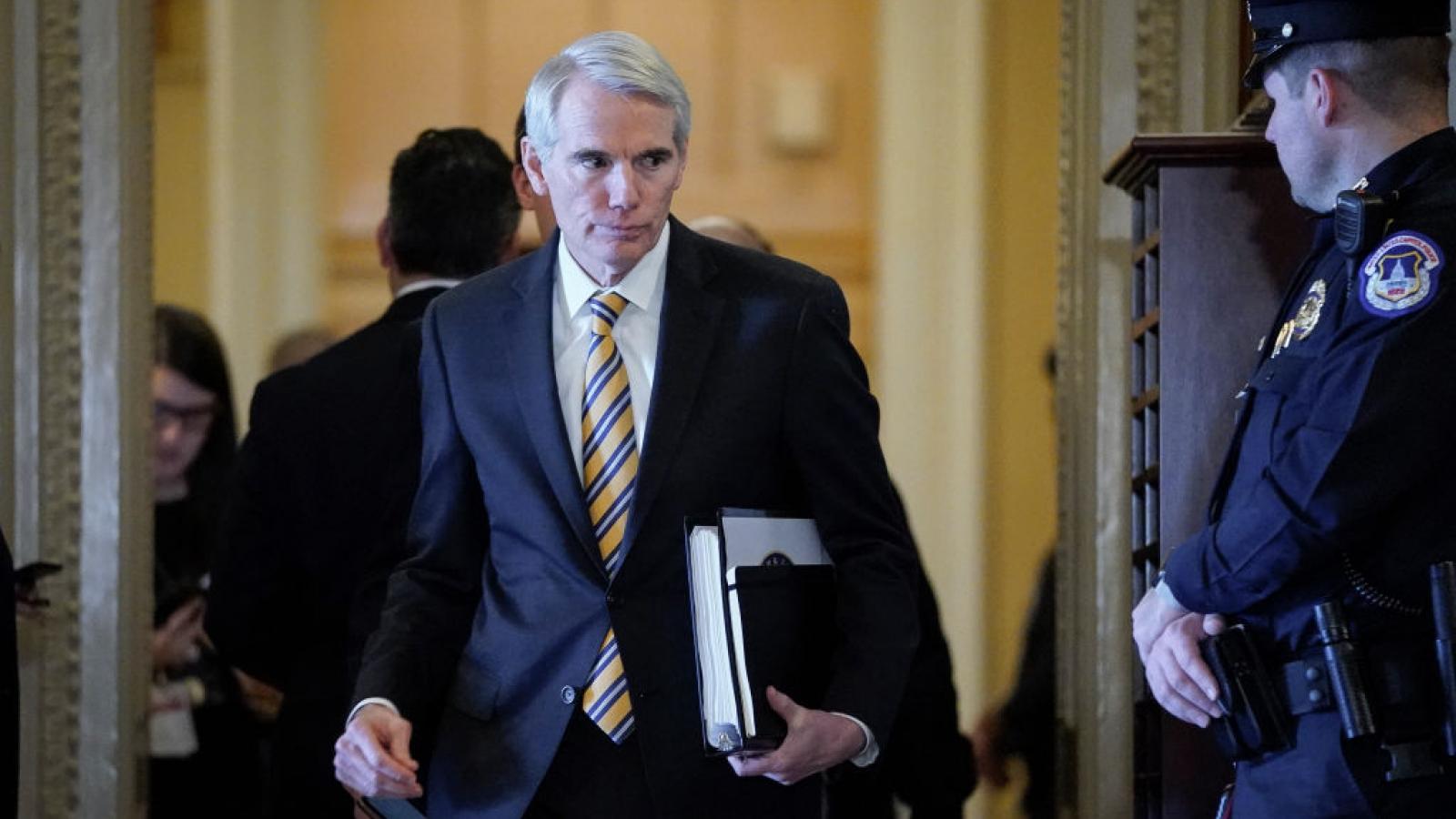 A bipartisan group of U.S. lawmakers is ratcheting up the pressure on President Biden to increase military aid to Ukraine, including fighter jets and air defense systems that the administration would not send last week.

Putin and the Russians seem to be saying everything is escalatory," Portman said on CNN's "State of the Union." "And yet they’re escalating every single day ... . As they escalate, what the Ukrainian people are asking for is just the ability to defend themselves," he said.

Portman traveled on Sunday to Poland, to which Ukraine refugees are fleeing, with Democrat Sens. Richard Blumenthal, of Connecticut; Amy Klobuchar, of Minnesota; and Roger Wicker, of Massachusetts.

Meanwhile, the bipartisan congressional group Problem Solvers Caucus has joined in the call for Biden to facilitate the fighter jet deal offered last week by Poland, as Russia continues to use the airspace over Ukraine to attacking the neighboring country with rocket shells.

"We commend the Polish government for taking proactive steps to deliver MiG-29 jets to the Ukrainian Air Force," the 38-member group said. "We urge assistance to help facilitate this deal, commit to replenishing our allies' fleets with American-made aircraft and help advance the transfer of [other] aircraft to Ukraine as well."

Over the weekend, Russian forces continued to close in on Kyiv, and on Sunday bombarded a military facility near the Polish border, killing at least 35 people and injuring 134.

The White House says it declined Poland's offer to transfer military jets to the U.S. which would then give them to Ukraine, because of a "range of logistical operational challenges."

The Kremlin warned that convoys carrying U.S. or NATO weapons into Ukraine would be "legitimate targets" for the Russian army.

Ukrainian officials have voiced some concern about the debacle over the planes, stressing the urgency of any air defense assistance.

"We have no time for this kind of ping-pong diplomacy. We need planes to save lives of our people," Ukrainian Foreign Affairs Minister Dmytro Kuleba on Sunday told CBS News.