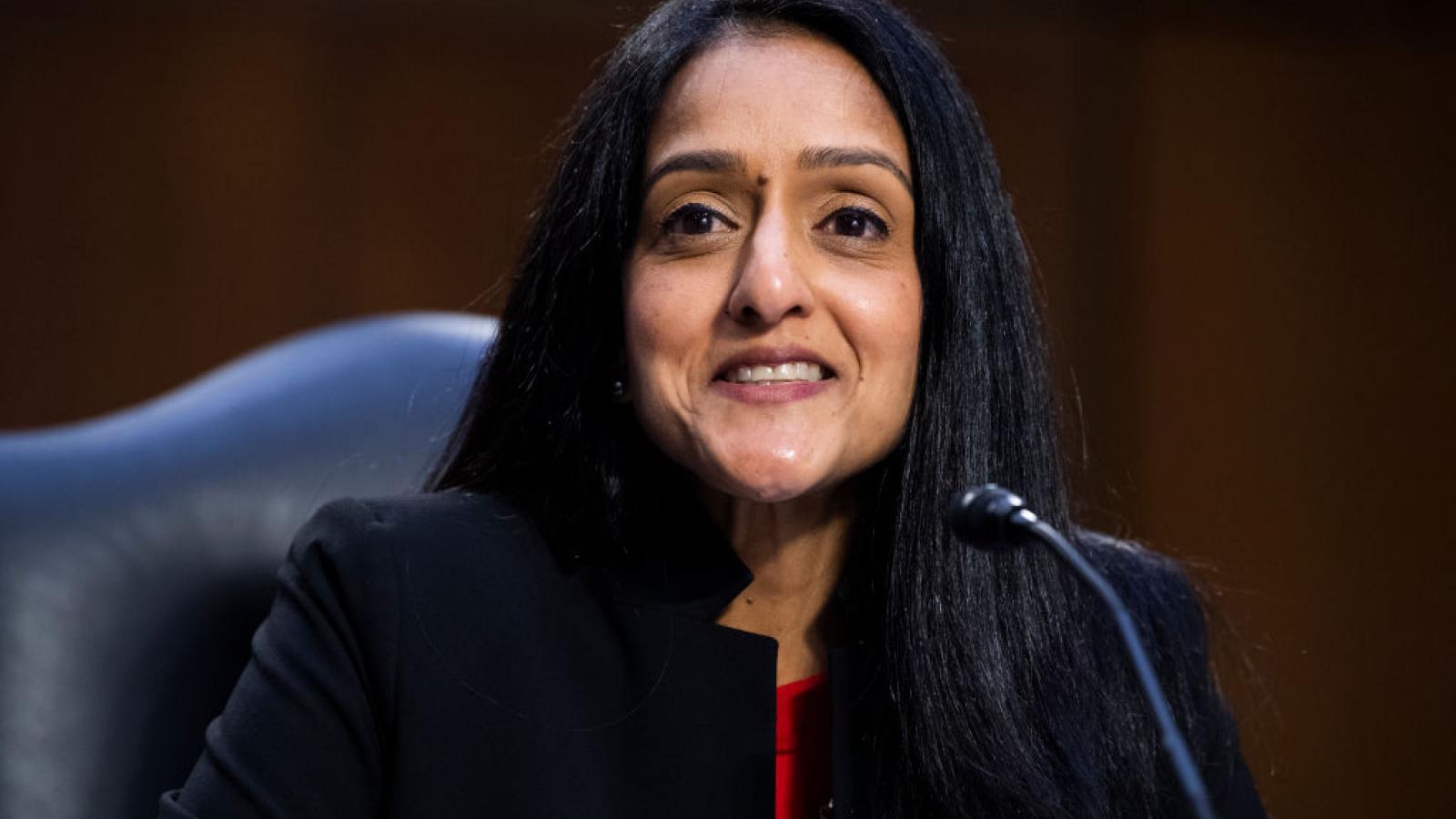 Vanita Gupta, President Biden’s nominee for associate attorney general, said her financial stake in company that's been linked to the sale of a chemical that drug cartels use in mass heroin production doesn't conflict with her policy positions on illegal drugs.

But she plans to sell off her stocks in Avantor, worth up to $55 million after an uproar in the media and Senate.

When asked if she has profited off of the company's chemical trade in Mexico, Gupta was unable to provide an answer.

Bloomberg News reported that Avantor stopped selling acetic anhydride in Latin America after the news outlet published an article on Gupta's financial ties to the company. Her father Raj is the company's chair.

Iowa Sen. Chuck Grassley, the top Republican on the Senate Judiciary Committee, asked Gupta about Avantor in a series of written questions for the record of her confirmation process obtained by Just the News.

Grassley asked Gupta directly about Avantor's sale of the chemical used in heroin.

"I am aware of the allegations," she wrote.

Gupta was asked if she's profited financially from Avantor’s chemical trade in Mexico.

"As a shareholder with no role in Avantor, I am not able to say whether and how much I have profited from the various parts of Avantor’s business. Per Bloomberg reporting, 'total sales [of acetic anhydride by Avantor’s Mexican subsidiary in 2019] were approximately $300,000,'" she wrote.

Gupta was also asked if she agrees that there is a "potential undisclosed conflict of interest in your prior public advocacy for the decriminalization of heroin and methamphetamine possession because of the likely profit such a policy would allow a precursor-manufacturer like Avantor—whose stock you hold—to capture."

In response, Gupta wrote that she does not see a conflict of interest.

"While my position on these issues has evolved, because of my experience working at the Department of Justice and an experience with addiction in my own family, I have never communicated or believed that all drugs should be legal," she added.

Gupta noted that she has committed to recusing herself from any matters relating to Avantor as associate attorney general.

"As I stated at my confirmation hearing, I will, if confirmed, divest from all individual stocks I control, including Avantor," she wrote. "The Trustee of the 2008 and 2014 Trusts intends to divest both Trusts of any Avantor stock as soon as possible, which will occur during the next 'open window' period, which is expected to begin on April 30, 2021."

Grassley asked Gupta if she would "agree to make no further advocacy statements regarding illegal drugs during your appointment, as doing so may implicate or give the appearance of implicating a financial conflict of interest."

Just the News asked Grassley's office whether the senator is satisfied with Gupta's responses or if he's seeking more information but did not receive a response before publication.