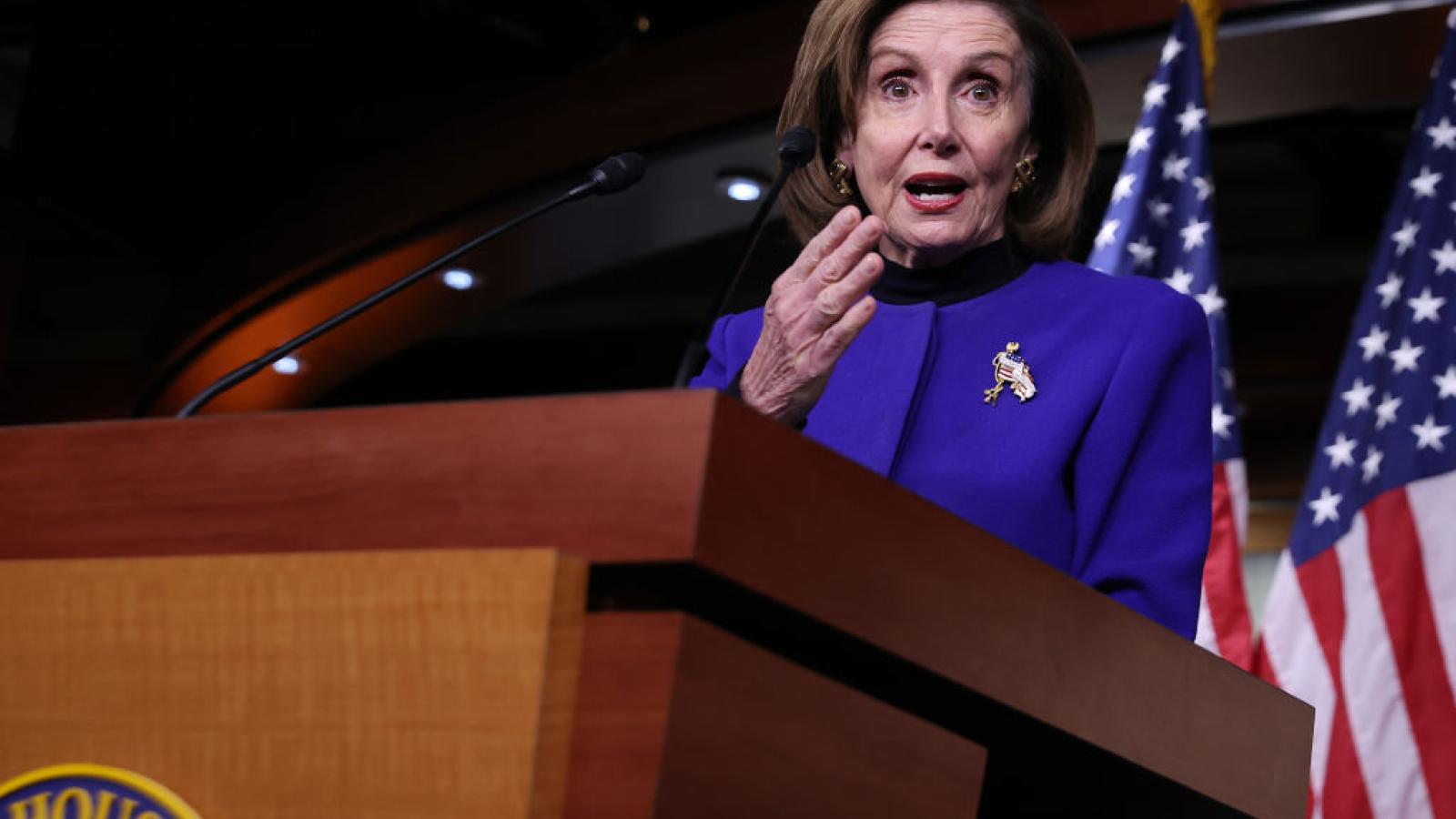 House Speaker Nancy Pelosi on Wednesday confirmed that she backs an effort to ban members of Congress from trading stock – amid increasing scrutiny about the lawmakers' close connection with businesses and financial markets.

Pelosi, whose own financial portfolio has come under scrutiny, OK'd legislation on the matter, following months of resistances, according to CNBC.

Her husband, Paul Pelosi, is a venture capital investor who holds tens of millions of dollars worth of stock. Pelosi has said she personally does not own stocks.

The House Administration Committee will now begin working on drafting the rules, and the legislation is expected to be put up for a vote this year, likely before the November midterm elections, the news outlet also reports.

In the Senate, in which several Democrats and Republicans came under scrutiny for trades on the edge of the pandemic, several versions of such a ban are under consideration. One is co-authored by progressive Democratic Sen. Elizabeth Warren, of Massachusetts, and Montana Republican Sen. Steve Daines.

"When you’re elected, you’re here to serve the people, not the elite, and [a stock trading ban] I think is a step forward, an important step forward, to restore the faith and trust of the American people in this institution," Daines told CNBC.

The new legislation would likely amend the decade-old STOCK Act that dictates how lawmakers disclose stock purchases or sales – to try to ensure lawmakers are not trading on classified information to increase the worth of their portfolios.

Pelosi, whose support was first reported by Punchbowl News, said Tuesday: "We have to tighten the fines on those who violate the STOCK Act. It's not sufficient to deter behavior."

Though a vote could come before midterm balloting, drafting the changes will be a difficult process with a lot of challenging legal and legislative questions to be resolved.

Republican Senate leader Mitch McConnell says he hasn't given the matter "any serious thought yet," though he says he is not personally the owner of any individual stocks.

Among the difficult questions in drafting a ban bill will be: What types of investments would be prohibited, what incoming members would be required to do to comply with a new law and whether family members of lawmakers would also be banned from trading stocks.

A recent survey commissioned by a conservative advocacy group found that 76% of voters believed that lawmakers and their spouses had an “unfair advantage” in the stock market, CNBC also reports.