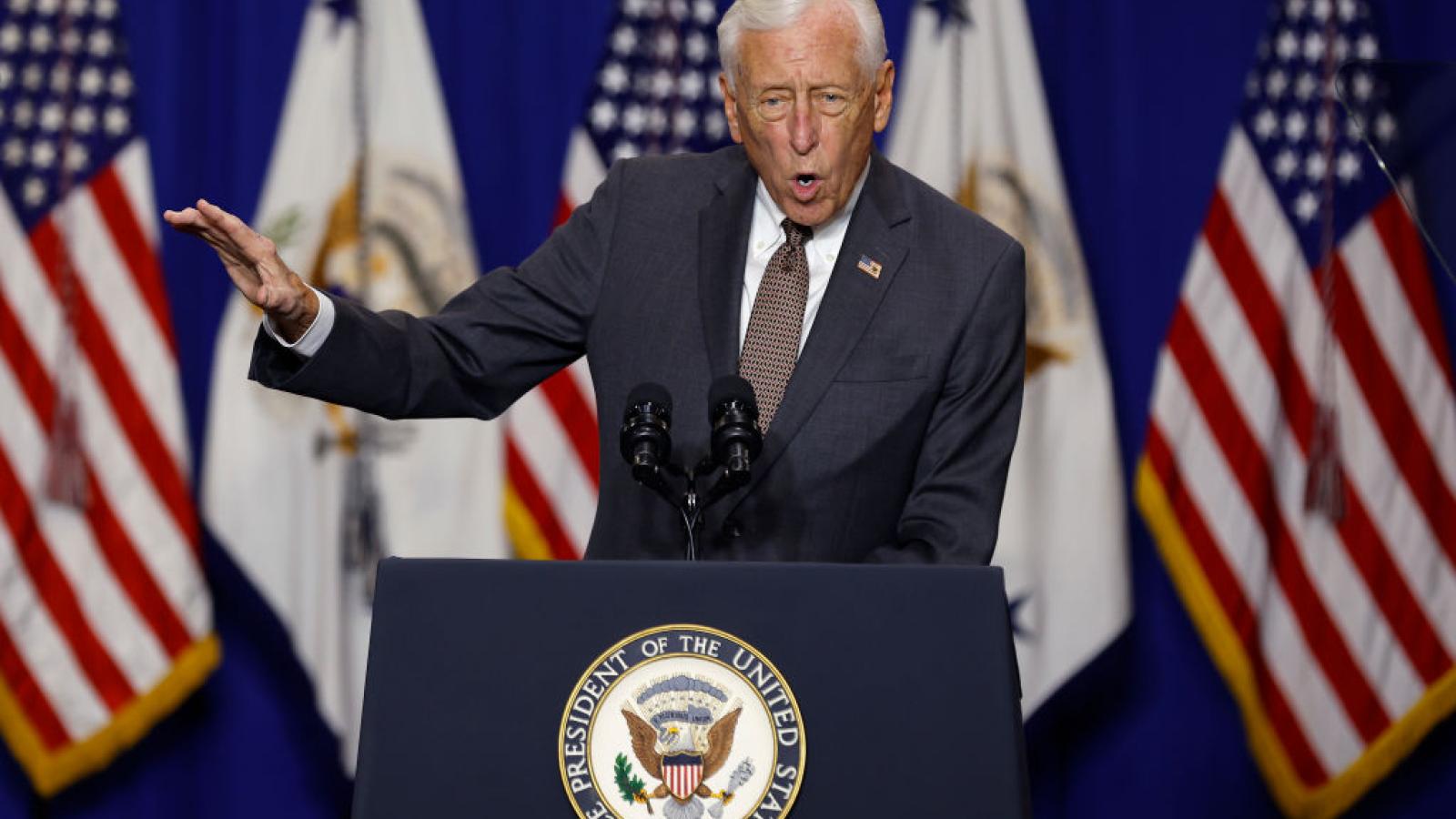 Washington Democrats, including President Biden, swiftly responded to the weekend protests outside the homes of Supreme Court justices. The Senate voted Monday to extend more security to the judges and their families, but as of Wednesday night House leaders say they have no plan to hold a similar vote.

House Majority Leader Steny Hoyer said Wednesday he'll soon begin talks with House Judiciary Committee Chairman Rep. Jerry Nadler about how to move forward, but acknowledged that he has not yet read the Senate measure passed in a fast-track process known as "unanimous consent."

"Let me say emphatically: We need to protect Supreme Court justices and their families, period," said Hoyer, a Maryland Democrat. "We're a nation of laws, not of violence, not of intimidation."

The protests follow a leaked draft opinion by Justice Samuel Alito that signals the high court's conservative majority's ruling on a Mississippi abortion bill will effectively reverse the court's 1973 precedent in Roe v. Wade, which gave women a constitutional right to an abortion.

Rep. Hakeem Jeffries, chairman of the House Democratic Caucus, said he's yet to read the Senate bill. However, the New York lawmaker said he supports the concept of ramping up security for any branch of government being threatened with violence.

"We'll have an opportunity to review the particulars of the legislation," he said, according to The Hill. "I haven't. But I certainly support the notion that public servants should be protected in the strongest way possible at all times. If anyone believes in that, it's House Democrats, who were almost overrun by a violent mob of insurrectionists on Jan. 6."

House Speaker Nancy Pelosi is publicly supporting the protests, similar sorts of which have also been staged outside of her San Francisco home, saying demonstrators are "channel(ing) their righteous anger."

The Senate legislation expands the mission of the Supreme Court Police to include the protection of the nine justices' immediate family members.

President Biden "strongly believes in the Constitutional right to protest," the White House said Monday. "But that should never include violence, threats, or vandalism. Judges perform an incredibly important function in our society, and they must be able to do their jobs without concern for their personal safety."

Illinois Sen. Dick Durbin, the number two Senate Democrat, this week called the protests outside the homes of Alito and other conservative-leaning justices "reprehensible."