Reps. James Comer and Jim Jordan say they have suspicions there was collusion between NARA and congressional Democrats.

Rep. James Comer, the top Republican on the House Oversight and Reform Committee, and Rep. Jim Jordan, the ranking member on the House Judiciary Committee, request a tranche of documents be turned over to them in a letter to acting Archivist Debra Steidel Wall, saying they have suspicions there was collusion between her agency and congressional Democrats in the effort to get the FBI to investigate allegations Trump possessed records with classified markings on them.

"Committee Republicans have learned that NARA's actions initiated the Department of Justice's (DOJ) criminal investigation against the former president the same day committee Democrats inquired about whether a referral to DOJ had been made," the two lawmakers wrote.

The two Republicans demanded access to NARA documents that would help them determine "whether and to what extent Congressional Democrats influenced and coordinated" with the National Archives to prompt the probe, which led to the unprecedented FBI raid on Trump's Mar-a-Lago estate in Florida.

Among the evidence being sought are "all documents and communications between or among employees or agents of NARA and DOJ referring or relating to the Trump Administration's control, transfer, storage, or other handling of documents subject to the Presidential Records Act."

The two men are in line to become their respective committees' chairmen should Republicans win control of the House in next month's midterm elections.

Jordan (Ohio) and Comer (Ky.) cited a sequence of events in February in which Democrat House Oversight Committee Chairwoman Carolyn Maloney wrote NARA inquiring whether it had talked to Attorney General Merrick Garland about 15 boxes of presidential records stored at Mar-a-Lago. "The same day — February 9, 2022 — a referral from NARA was sent to the United States Department of Justice that initiated an investigation into the former president," the lawmakers noted.

Republicans noted the sequence "raises serious concerns about whether NARA made the referral after pressure from Committee Democrats."

Republicans have been concerned about the relations between Democrats and NARA since learning of private briefings the agency gave majority staff earlier this year that excluded GOP members and their aides.

Steidel has insisted her agency is nonpartisan and that the briefings were simply consistent with the agency's long-standing policy to "respond to special access requests from congressional committees, as represented by the chair."

Accordingly, when NARA receives such requests, NARA routinely talks with the chairperson's committee staff to explain the legal and archival processes that we must follow in order to respond to the request."

You can read the full letter from Comer and Jordan here: 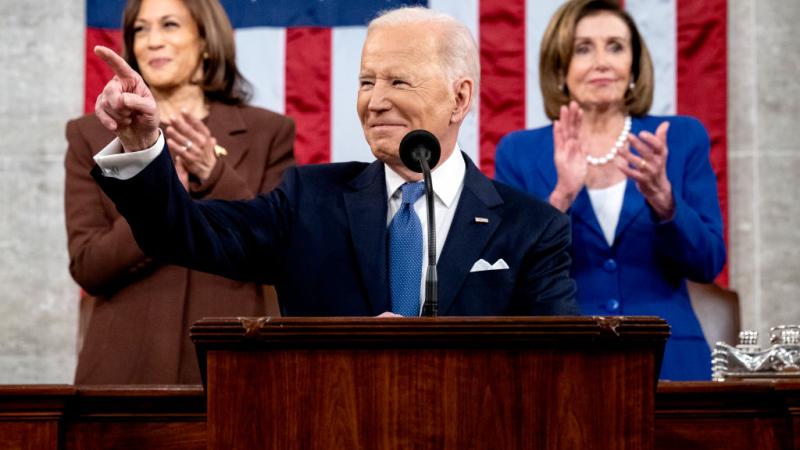